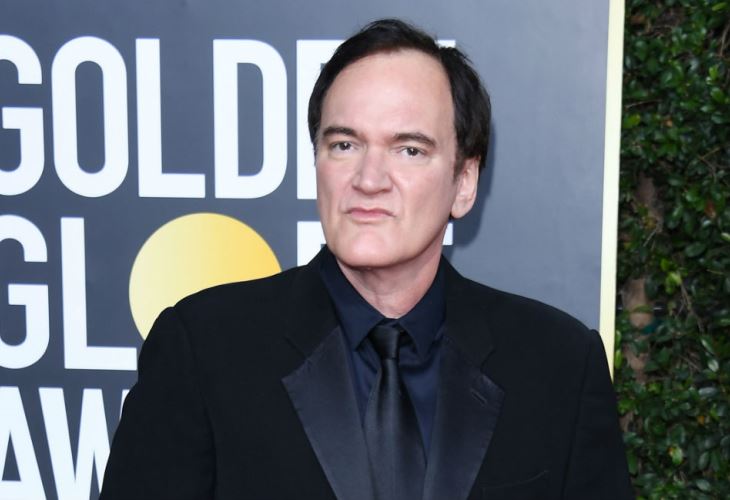 But it seems unlikely, he’ll get much bounce from the more tradition-bent Oscars.

The Golden Globes are often viewed as a harbinger of Academy Award winners. But that’s not always the case.

The Hollywood Foreign Press Association, which oversees the Globes, has tended to opt for movie choices that raise eyebrows or cut against the grain.

Tarantino says he wants one more movie under his belt.

“The whole idea is to live and want more; the old vaudevillian way of going out. I look at the idea of a ten-film filmography where I spent the last 30 years where I gave everything that I had – then dropping the mic.

I’ll write plays, write TV, but the filmography will stand. There is an umbilical cord from the tenth film to Reservoir Dogs, all the way to the end. I think that’s kind of cool,” he said.

“I like the idea of being more of a writer.”

“It’s difficult to make movies without big movies stars in the lead and get people to come and see it in a cinema. I really hope this means that people will turn up and see it on a big screen as it was intended,” he said.

Mendes said it was “unnerving” filming “1917” as a continuous take. The epic war movie stars Andrew Scott and Benedict Cumberbatch.

“Every day, you felt, ‘If I fuck up, there’s no way out.’ But once you’ve made that mental shift – and it was part of my brain I’m used to using from theatre, where you rehearse for two-and-a-half months and then say, ‘Alright, see you in two-and-a-half hours, and we’ll talk about how it went.'”

“So that was trying to use that theatre brain, which judges rhythm and tempo without editing. But, yeah, there were many days where I would say, ‘Why?'”

The 54-year-old director admitted that he felt a “huge” sense of achievement when completing the film.

“You immediately erase the feelings of negativity and self harm that come with the choice.”

The ‘Spectre’ filmmaker also believes there would have been more single-take films in the past, had the technology been available.

“One unbroken shot is how we experience the world,” he said.

“It’s editing that had become the accepted grammar of film, but in life, editing is the gimmick, not one shot. One shot is very difficult to achieve, but I do think (if) we had digital cameras that we could hold in the palm of our hand 100 years ago, you might have seen a few more movies like this.”

Renee Zellweger marked her movie comeback winning Best Actress in a Motion Picture, (Drama) for her role in “Judy.

“It’s the first time I’ve ever eaten the food at this ceremony. I thought it was excellent,” said the long-time vegan.

“I was so moved by their decision to make tonight plant-based. It was such an important step. The SAG Awards and Critics Choice Awards and Governor’s Ball, whatever else there is, need to do it as well,” he added.

He likened eating meat to the health dangers of smoking.

“I think now consuming animal products is no longer just a personal choice. It is having a drastic and vast consequence on the rest of the world and all of us, and so I think it was incredibly brave and compassionate of HFPA to make that bold decision.”

“I’m your fucking student. I can’t believe the beautiful mesmerizing, unique work that you’ve all done this year, I know people say this, but I really do feel honored to be mentioned with you. To my fellow nominees, we all know there’s no fucking competition between us.”