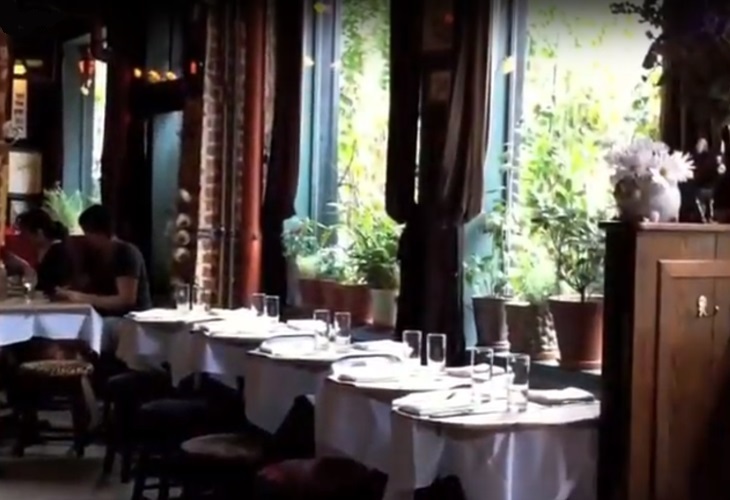 Kenneth Friedman, the well-known owner of The Spotted Pig restaurant in the West Village, has agreed to pay 11 former employees $240,000, plus a cut of profits, to settle charges he and other celebrity patrons sexually harassed numerous employees.

The agreement with restaurant owner and operator was announced by New York Attorney General Letitia James.

An investigation by the Attorney General’s office found that the restaurant maintained a hostile workplace. “Numerous female employees were subjected to severe and pervasive incidents of unwanted touching and unwelcome sexual advances by Friedman,” the office said in a release.

“No matter how high-profile the establishment, or how seemingly powerful the owners, today’s settlement reiterates the fact that we will not tolerate sexual harassment of any form in the workplace,” James said.

“In the era of #MeToo and #TimesUp, victims of workplace harassment and discrimination are standing up and speaking out against injustices that have long been ignored.

“Every individual deserves to go to work free of fear, abuse, intimidation, and retaliation. I thank the women of The Spotted Pig for their bravery, their voices, and their unwavering commitment to ensuring a safe, harassment-free workplace,” she added.

Friedman, described as a “power restaurateur,” was first outed by The New York Times, in a 2017 expose.

The restaurant opened in 2004 with backing from celebrity investors like Jay-Z, Michael Stipe and the celebrity chef Mario Batali.

It shot to the top of the list of New York City’s hottest restaurants and stayed there, according to The Times.

Friedman and The Spotted Pig, located at 314 W. 11th St., got a shout out from Food & Wine magazine in 2016, the same year the Attorney General’s investigation began documenting the eatery’s hostile work environment.

In 2016, Friedman also won Outstanding Restaurateur from the James Beard Foundation, an organization that gives out awards to “celebrate, nurture, and honor chefs and other leaders making America’s food culture more delicious, diverse, and sustainable for everyone,” according to its website.

But all during that time, Friedman and some of his celebrity customers “regularly made sexually explicit comments and gestures toward female staff members.”

On more than one occasion, Friedman forcibly kissed employees and pressured them to send him nude photos, according to the investigation.

“The restaurant failed to systematically address or take adequate action against such unlawful behavior in response to complaints, and in fact discouraged the reporting of these complaints,” the AG’s office stated.

“Complainants were either dismissed or retaliated against by being terminated for false reasons after a complaint was made.”

As part of the settlement, The Spotted Pig agreed to implement new policies, informing employees of their rights under the law and providing training for its employees and managers.

Friedman has also agreed to step down as operator of The Spotted Pig, and he will no longer have a role and/or any supervisory authority, in The Spotted Pig’s operations or management.

Friedman will retain his shares in the company, however, he is required to share 20% of all future profits earned from The Spotted Pig, with the former employees and victims of sexual harassment, for a 10-year term.