Keith GirardJanuary 13, 2020MUSIC
Shakira has hips like that and she's revving them up for the Super Bowl. Hear her new song! (Photo:
Home
MUSIC 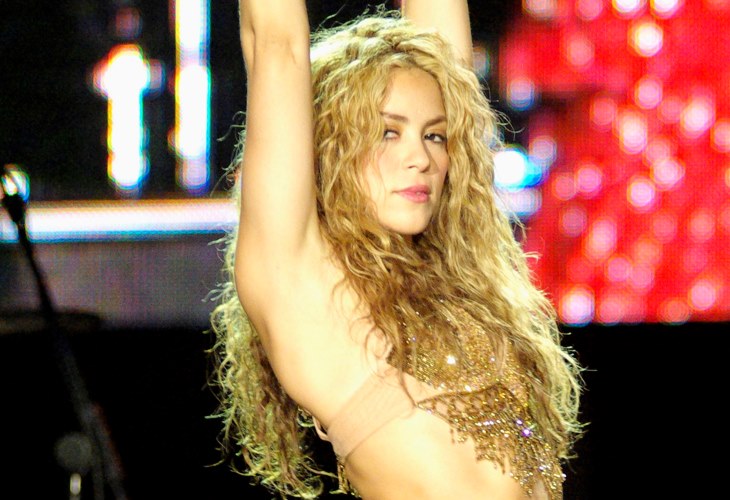 Shakira has hips like that and she’s revving them up for the Super Bowl. Hear her new song! (Photo: Andres.Arranz)

Shakira, who set the world on fire with her Latin sensuality, is ready to do the same at the Super Bowl. She’ll be appearing with Jennifer Lopez during the halftime extravaganza.

She wasted no time capitalizing on the publicity with a her first new music of 2020, today (Jan. 13). She sings “Me Gusta” with Puerto Rican rap star Anuel AA.

The reggaeton rap track sees the artists portray lovers who have lost the mojo in their romance. (Not that it would ever happen)

Following the release of a remix of Camilo and Pedro Capo’s “Tutu” in October, the 42-year-old star teased her fans that new music was on the way.

Shakira’s Back in Crazy, Sexy Video for Loca (watch!)

“I’m just taking every input that I receive and it’s turning into inspiration,” she said. “Yesterday I finished a song and I was so thrilled.

“So we’ll see. I just want to put music out there.”

She definitely plans to go all out. She called performing for “with 100 million people” as “the holy grail of the entertainment industry.”

“It’s gonna be on my birthday! I’ve always wanted to perform at the Super Bowl,” she said.

“It’s a sports event, but it has a huge relevance for us artists, and I think it’s gonna be fantastic.”

The two megastars vowed to give the “best Super Bowl ever” this year.

“I cannot tease or reveal, but we are rehearsing,” said Lopez. “I started in December, now it’s crunch time. We’re all coming back, we’re all excited.

“It’s going to be a great show, what can I tell you? We’re going to try to give the best Super Bowl ever.”

All eyes will definitely be on the performance since both Lopez and Shakira are older than any player who will take the field.

Lopez, turned 50 in July and Shkira is 42. By all accounts both are in tip-top shape. But neither can be near their peak as a dancer

Madonna looked positively geriatric when she performed during her halftime show at Super Bowl XLVI in 2012. She was 53.

She sang her signature song “Vogue” at half speed compared with her 1990 video when the song was originally released. It went downhill from there.

She stumbled early trying to climb a bleacher, danced tentatively and looked like she was moving in slow motion when Nicki Minaj, MIA and a horde of “young” backup dancers took the stage.

The year before that, the NFL got about as brazenly young as it’s dared in recent years when it went with the Black Eyed Peas at halftime. Singer Stacey “Fergie” Ferguson, was no kid. She was 36 at the time.

The last time anyone under 30 sang at the game, Justin Timberlake then in his 20s, was paired with 40-something Janet Jackson for the infamous “nipplegate” show in 2004.

More recently, Beyonce, Bruno Mars and Katy Perry have been far better choices. At least they represented the same generation as players when they performed at the signature event.

Check out Shakira’s new video below.