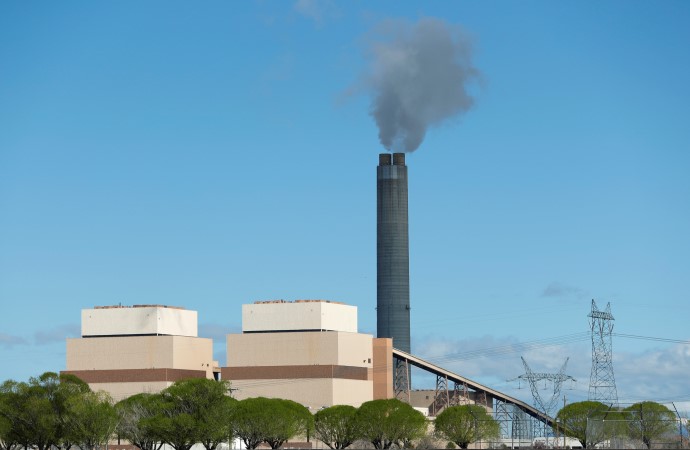 The Trump Administration’s Environmental Protection Agency (EPA) has been sued by the state of New York for ignoring its responsibility under the Clean Air Act to control upwind sources of pollution that create smog across the state.

The lawsuit, filed in the U.S. District Court for the Southern District of New York, is based on an Oct. 2019 court ruling that found an EPA regulation unlawful. It no longer required upwind pollution sources to cut smog-forming emissions.

“We will not allow the federal government to trivialize the law, and minimize the importance of clean air for millions of New Yorkers.”

The October ruling in the D.C. Circuit held that the Trump EPA is now violating a prior decision by the U.S. District Court for the Southern District of New York. That ruling imposed a Dec. 6, 2018 deadline for the agency to comply with its statutory obligation to put plans into place to stem upwind pollution emissions.

Despite losing in court, the EPA has announced no plans to comply with this statutory obligation; in fact, the Trump Administration’s regulatory agenda for the Agency fails to list any action to address interstate transport of smog pollution in the foreseeable future, according to the AG’s office.

Nearly 13 million New Yorkers – over 65 percent of the state’s population – breathed air with unhealthy levels of smog during the worst days over the summer.

Nine New York counties are currently considered by the EPA to be out of compliance with federal health standards for smog.

Millions of New Yorkers with lung disease – including nearly 250,000 children and almost 1,000,000 adults suffering from asthma – are at special risk by living in smog-polluted areas of the state, according to the American Lung Association.

New York City is the tenth most polluted city in the nation for smog, the association says.

In a related development, James on Tuesday (Jan. 14) challenged the Trump EPA’s denial of New York’s petition calling on the EPA to act on its legal responsibility.

Under section 126 of the Clean Air Act the EPA must ensure upwind power plants, factories, motor vehicles and other sources that contribute to New York’s poor air quality are regulated.

The petition asked EPA to make a finding that the emissions of about 350 sources of smog pollution in upwind states are violating the “good neighbor” provision of the Clean Air Act.

The EPA should ensure that emissions from these sources are reduced as necessary to allow New York to attain and maintain health standards for smog, James said in a statement.

Elevated levels of smog can cause a host of significant health effects, including coughing, throat irritation, lung tissue damage, and the aggravation of existing medical conditions, such as asthma, bronchitis, heart disease, and emphysema.

Exposure to ozone is also linked to premature mortality. Children, the elderly, and those with existing lung diseases, such as asthma, are more vulnerable to ozone’s harmful effects. The chemicals in smog from power plants and other sources, can travel hundreds of miles after they are spewed into the atmosphere.

The Attorney General of Connecticut has also joined the suit.