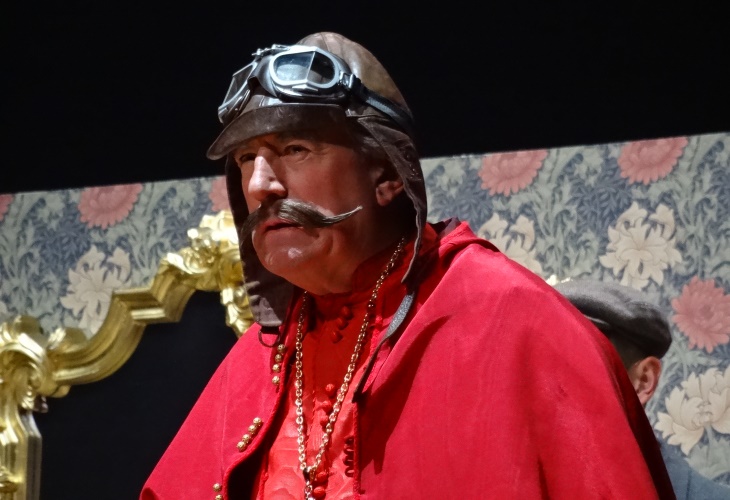 Terry Jones, a founding member of Monty Python’s Flying Circus, made a lasting impression in his life and career. (Photo: Eduardo Unda-Sanzana)

Terry Jones, one of the founding members of the comedy troupe Monty Python, died after a five year battle with dementia. Though I knew the 77-year-old British comedian was slipping away, I was still deeply saddened last week to learn of his death.

Monty Python was second only to The Beatles to me, and Jones’s death was akin to the passing of George Harrison.

But will be best remembered as a squawking “rat-bag” English housewife or a nude organist or any of the other hilariously imaginative comedic roles he played on both the little and the big screens during his tenure with Monty Python.

He was the co-creator of the troupe’s self-contained and ground breaking television show, “Monty Python’s Flying Circus,” co-director of “Monty Python and the Holy Grail” with fellow group member Terry Gilliam, and later solo helmed “Monty Python’s Life of Brian” and “The Meaning of Life.” 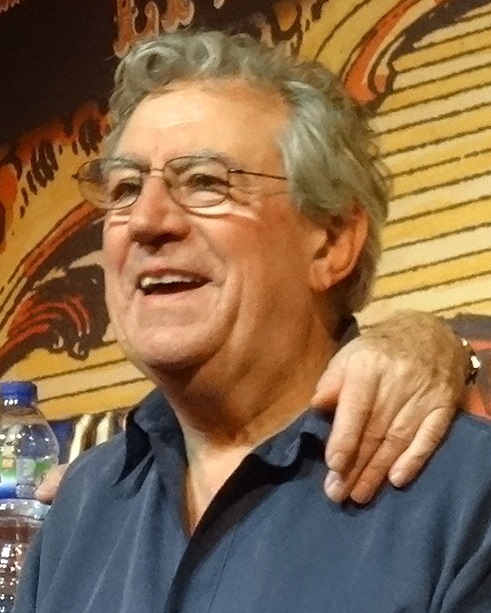 When I heard that Jones had passed, I immediately thought back to the Sunday night ritual of my teens.

Each week at 10 pm, I clicked the little 18-inch-screen television in the cobwebbed corner of the basement over to PBS to watch two episodes of “Monty Python’s Flying Circus.”

The shows were unedited and uncensored, just like they were broadcast in the early 1970s in Britain, and had no commercials, no phony laugh track, and no rules. I loved it.

I ate up the stream-of-consciousness style, the random endings, and the general absurdity of the show, and I learned things about philosophy, British idiosyncrasies, English literature and the Spanish Inquisition that were never covered in my classes at school.

I emulated Monty Python when I bought a microphone from Radio Shack, set my stereo up on a table in the basement and formed an underground comedy group called “Mattila and the Huns” when I was 14. (The term “underground” is twofold, as we were not a mainstream group and we recorded in my basement.)

Unlike Monty Python where each of the six members wrote, Mattila and the Huns’ two main writers, my friend Rob Sloane and I, penned the lion’s share of material for our quartet.

I knew Rob Sloane since kindergarten, but we were reintroduced in junior high where we swapped Beatles, Rolling Stones, and Monty Python albums.

Sloane, who later was our high school class valedictorian and attended Columbia University, added an intellectual edge to the Huns and was always an academic step ahead of me.

While I earned D’s on French tests, he was enrolled in summer college classes. He read Kurt Vonnegut and listened to Bpb Dylan before I thought to, but despite this, we shared a passion for Python and we turned out to be perfect writing foils.

Just like Jones and fellow Python Michael Palin, Sloane and I frequently got together for afternoon writing sessions. After school I rode my ten-speed over to Sloane’s house on Harlequin Drive and we watched videotaped episodes of “Monty Python’s Flying Circus” before heading into his father’s home office, a small, square room in the back of the house filled with law books, filing cabinets and an early model computer.

I scribbled in my notebook and Sloane typed on the keyboard, each of us in our own reverie until one of us came up with an idea, or a funny bit with which to open, and then we were off.

We created dialogue faster than Sloane’s fingers could type and we’d sometimes have to pause because we were doubled over with laughter. I relished our cooperative methods, and as a writer now, I sometimes grow nostalgic for those afternoons at Sloane’s.

Just like the Pythons did on Friday nights at the BBC London studios in the early ’70s, Mattila and the Huns met up Saturday afternoons in my basement to record.

Scripts fresh from Sloane’s dad’s dot-matrix printer lay next to blank audiotapes and the assorted albums I used to dub music and sound effects for our sketches.

Sitting on stools, we rehearsed and once the red recording light went on, took as many takes as needed to get it down on tape. The only time the basement didn’t feel like a studio was when my mother came down to put laundry in the dryer, or when Goldie the cat used the litter box.

Jones promoted his book “Who Murdered Chaucer?” in the spring of 2005 and made a stop at the Book Revue in Huntington [Long Island].

I arrived achingly early, and from one of the empty folding chairs placed for the presentation later that night, I awkwardly watched one of my idols set up a slide projector and screen. I couldn’t believe that a Hun and a Python were in the same room!

Terry nodded to me with a smile as he fiddled with the lens and I beamed.

He signed books and met fans after his presentation. When my turn came, I shook his hand and told him about all the Sundays I spent watching Monty Python’s Flying Circus in the basement. 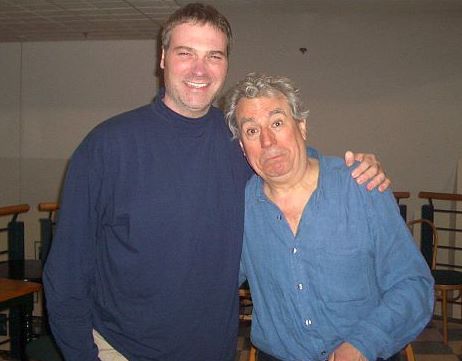 Though I’m sure he’d heard this from hundreds of fans for the last thirty years, he smiled and seemed genuinely pleased and even thanked me for watching the show.

I asked if I could have a picture with him. Sure, he said, and motioned for me to join him behind the table. He put his arm around me and commented that I was the same height as John Cleese. Let’s make funny faces, he said before the camera flashed.

One of my creative heroes has passed on, but I’ll always remember him at the bookstore, on the television at Sloane’s before our writing sessions and in my basement on those teenage Sunday nights.