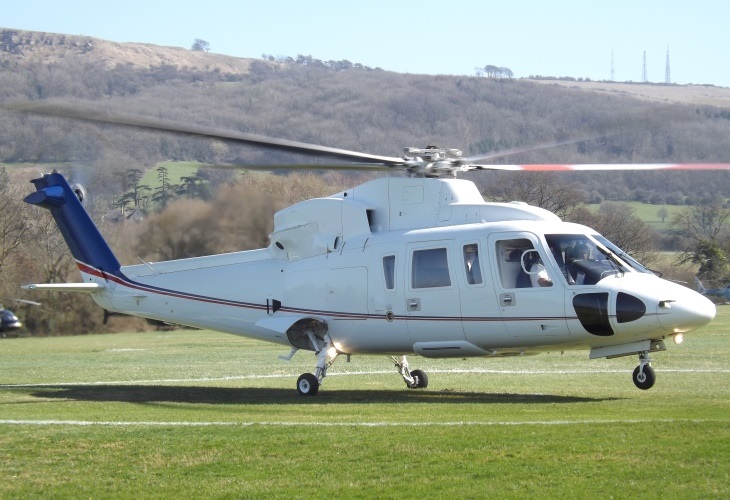 A Sikorsky S76 helicopter similar to this one was involved in the crash that killed NBA great Kobe Bryant. (Photo: James)

Nine people, including Bryant’s 13-year-old daughter, were killed in the crash of the Sikorsky S-76B helicopter, a popular craft used often by celebrities and corporate executives.

The Altobelli and Chester daughters were teammates of Gianna Bryant at Bryant’s Mamba basketball academy.

Kylie Jenner revealed that she used to fly on the same helicopter, owned and leased to Bryant and others by Island Express Holding Co. She said she also knew the pilot, Ara Zobayan. 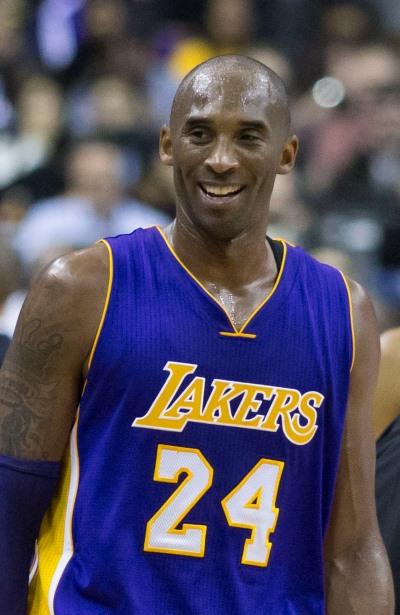 Basketball legend Kobe Bryant was killed in a helicopter crash with eight others. He was 41. (Photo: Keith Allison)

“I still can’t believe this. that was the helicopter i would fly on from time to time with that pilot, Ara. he was such a nice man. hold you loved ones close,” Jenner wrote on Instagram in a tribute to Bryant.

Federal investigators are beginning to piece together evidence that could definitely reveal the cause of the crash. But their investigation will likely take weeks.

The craft, however, did not carry a flight recorder or cockpit voice recorder, which would have shed light on the final moments of the flight.

Central to the investigation is the aircraft itself. The Sikorsky S-76B is a twin-turbine powered, four-bladed helicopter with a good safety record. The helicopter, however, was nearly 30 years old at the time of the crash.

Helicopters are considered to have a useful economic life of about 30 years but that can be extended if it is rebuilt and examined for metal fatigue and the condition of gears, gearboxes, rotors, blades and other components.

The helicopter’s maintenance records are unknown at this point.

Since The Sikorsky’s development in the mid-1970s, at least five crashes have occurred.

An earlier model, the S-76A, crashed in 2002 on a ten-minute flight between gas production platforms in the North Sea. The accident was attributed to a failure of a main rotor blade. At the time, the aircraft was 22 years old. The failure caused the helicopter to plunge immediately into the sea.

In 2005, a Sikorsky S-76C+, another variation of the craft, crash three to four minutes after taking off from Tallinn, Estonia, on its way to Helsinki, Finland. none of the 12 passengers survived.

The aircraft was flying at about 1,600 feet when it suddenly lost steering and plunged into the sea. The official cause of the crash was determined to be a failed hydraulic flight control system and faulty maintenance.

Then, seven years ago, on 31 May 2013, a Sikorsky S-76 air ambulance helicopter crashed after departure from Moosonee, Ontario. Two pilots and two paramedics were on board. There were no survivors.

A preliminary investigation of the crash, which occurred at night, cited a possible mechanical failure.

In 2017, a Sikorsky S-76C++ helicopter on a private charter flight crashed in Istanbul, Turkey, killing all 7 people on board. The helicopter struck a radio tower in dense fog.

Poor visibility and the heavy fog were probably the main cause of the accident, according to the Aviation Safety Report.

Bryant’s helicopter also crashed in heavy fog. It did not have a terrain warning system that could have told the pilot he was closing in on a hillside.

The terrain safety device was recommended for choppers with six or more passengers, but not required by the FAA, Jennifer Homendy, a spokeswoman for the National Transportation Safety Board told The Los Angeles Times.

The terrain alarm system is compulsory on helicopter air ambulance operations, and Homendy accused the FAA of “failing to act” to make the device compulsory for all helicopters.

The Sikorsky S-76 was just 20 to 30 feet below the top of the hillside when it crashed with “higher hills surrounding it,” according to officials.

The helicopter had circled over Glendale, just north of Los Angeles, several times about 14 minutes after takeoff, according to publicly available flight records revealed by NBC News. The delay was caused by other aircraft taking off from a nearby airport.

Before the crash, the pilot began to climb into the clouds. At about 2,300 feet, it took a sharp turn before slamming into the ground. The data shows that the aircraft descended at a rate of 2,000 to 4,000 feet-per-minute.

Judging by the football-field-size debris field and a newly surfaced audio recording by a nearby homeowner, the pilot made no attempt to throttle back before the crash. The helicopter was at about 2,300 feet when it lost communication with air traffic controllers.

Weather conditions at the time were poor and and raised a red flag at local airports. Helicopters are particularly vulnerable to up-drafts and down drafts, according to helicopter special interest magazine Vertical.

“Even in moderate storms, vertical velocities can reach 50 mph. Severe thunderstorms can have updrafts and downdrafts exceeding 100 mph,” it states.

Updrafts can be created when wind has to rise to climb over a hill. Downdrafts occur on the downwind side of a hill or mountain. They can also be caused by differences in air temperature and pressure, according to NASA.

Shifting winds and poor visibility can lead to a deadly phenomenon known as CFIT, an acronym that stands for “controlled flight into terrain.”

It occurs when an airworthy aircraft, under pilot control, is unintentionally flown into the ground, a mountain, a body of water or an obstacle. The crew is typically unaware of the impending disaster until it is too late, according to The Federal Aviation Administration (FAA).

More than 75 percent of CFIT accidents in a typical year occur in daylight and more than half of those are in visual conditions. Although pilots involved in most CFIT accidents are not instrument‐rated, more than 30‐percent hold an instrument rating, according to the FAA.

Dense fog was reported north of John Wayne Airport in Orange County, just after 9 am. It remains a main focus of the investigation.

As the aircraft proceeded the fog became so thick that it nearly blinded drivers on the freeway and enveloped the hillsides near the flight’s destination, according to The New York Times.

The visible ceiling was reported to be as low as 300 feet, meaning that thick clouds were forming close to the ground. Visibility above that level was difficult at best. The helicopter crashed into a mountain at about 1,300 feet elevation, suggesting it was flying in heavy fog.

Pilot Zobayan received special permission to fly that day, even though police helicopters were grounded because of visibility concerns. He was well-known in the Los Angeles flight community and was considered an experienced pilot who was trained to fly by instruments in bad weather.

Special visual flight rules actually refers to a situation where “visual meteorological conditions” are not ideal but still clear enough to fly by line of sight in areas under radar control.

In helicopters, however, there is no minimum flight visibility requirement, or a requirement for an IFR-equipped aircraft or an IFR-rated pilot in command, according to federal regulations.

Flying under VFR into “Instrument Meteorological Conditions (IMC)” is the deadliest cause of crashes, proving fatal in most cases.

The General Aviation Joint Steering Committee (GAJSC) did a study of 41 CFIT accidents. Eleven, or 25‐percent were caused by a pilot continuing to fly VFR into IMC. All were fatal. Six pilots were instrument‐rated, five were not.

The conditions beg the question, why didn’t Pilot Zobayan shift to instrument flight when he hit thick fog?

According to the AOPA, an organization representing civil pilots and aircraft owners, making the switch would have required approval from a air traffic controller and involve delays.

“Spatial disorientation,” is a recognized danger in flight, according to federal regulators. It occurs when a pilot, deprived of references like the ground or the horizon, becomes confused over the orientation and direction of flight.

Between 5 percent and 10 percent of all general aviation accidents can be attributed to spatial disorientation, 90 percent of which are fatal, according to the FAA.

Given Zobayan’s experience, it’s also possible two other scenarios may have occurred. As the helicopter flew into dense fog near the mountain, it could have suddenly been caught in a sharp downdraft causing the aircraft to plunge.

It’s unknown whether Zobayan temporarily suffered from spatial disorientation or was hit by a downdraft. But is known he was fighting to gain altitude shortly before the crash. Under that scenario he may have stalled the rotor blades.

If that’s the case, the craft may have been caught in a “vortex ring state,” also known as “settling with power.” Pulling up sharply to gain altitude would have caused a loss of airspeed creating vortices at the hub and middle of the blades that lead to a severe loss of lift and possible stall.

In that situation, the aircraft literally stops flying.

The failure of a helicopter pilot to recognize and react to the condition can lead to high descent rates and ground impact,” according to aviation references. To get out of the condition a pilot must push the nose down to gain airspeed at the cost of losing altitude. That could have led to the collision with the mountain.

The weight of the aircraft could be another factor. The model in which Bryant was flying is rated for up to 13 passengers. With nine on board, it seemed to be within its load limits.