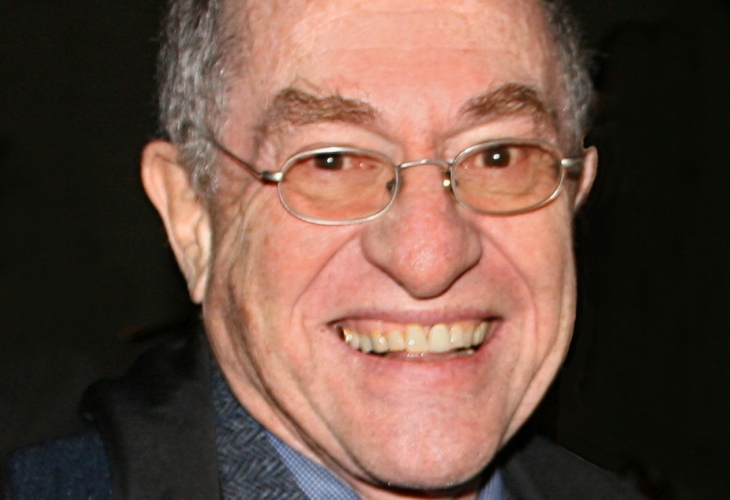 Alan Dershowiz, the ex-Harvard Law School professor who is playing a central role defending Donald Trump in his Senate Impeachment trial, has been hit with new claims he had sex with an underage girl as part of Jeffrey Epstein’s sex ring.

The alleged victim, known only as Jane Doe No. 3, filed a new sworn affidavit Jan. 23 in a simmering lawsuit, not only doubling-down on her claims, but also taking up the lawyer’s challenge that she is lying.

In a number of interviews on television, Dershowitz noted in his defense that his accuser had not produced a sworn affidavit including her claims.

The woman asserts she had “had sexual intercourse with Dershowitz at least six times,” according to the Harvard student newspaper.

Epstein, a major Harvard donor, served prison time for soliciting prostitution and had been arrested on new sex charges when he allegedly committed suicide while in jail. At least one medical expert has pointed to evidence that suggests he could have been murdered.

The civil suit charges the federal government agreed to a sweetheart plea deal that Dershowitz negotiated.

Dershowitz, who was called a liar, has flatly denied the claims, and has since filed a motion to intervene in the case, he said to protect his reputation, according to the newspaper.

The woman swears that she had sex with Dershowitz in Epstein’s New York and Palm Beach homes, at Little Saint James Island in the U.S. Virgin Islands, at his New Mexico ranch, and on his plane.

“I have recently seen a former Harvard law professor identified as Alan Dershowitz on television calling me a ‘liar,'” she avers. “He is lying by denying that he had sex with me. That man is the same man that I had sex with at least six times.”

Dershowitz, now 81, denied the allegations in an interview with the student newspaper. He again branded them “totally and completely false.”

In another related development, lawyers for alleged Epstein victim Virginia Roberts Giuffre said they intended to seek privileged communications between Epstein and Dershowitz to demonstrate the lawyer had his own motivations for lining up the sweetheart deal.

Giuffre’s lawyer Charles Cooper said at a hearing last month he would “seek discovery into “Mr. Dershowitz’s attorney-client relationship with Mr. Epstein,” according to The New York Post.

Giuffre claims Epstein lent her to Dershowitz for sex. Giuffre is not Jane Doe No. 3.

Dershowitz could be facing a separate lawsuit from Giuffre’s lawyers under the recently enacted Child Victims Act. The law allows victims of childhood sexual abuse to file lawsuits against their abusers, even if the statute of limitations has passed.

The amended complaint will also include new libel allegations against Dershowitz for statements made about Giuffre in his new book, “Guilt by Accusation.”

In a 2015 interview with a Florida television station, Dershowitz admitted getting a massage at Epstein’s mansion.

During an interview with Miami news station WPLG he was being asked by Britain’s Prince Andrew and his alleged sexual involvement with an underage girl.

The prince is also caught up in the latest criminal investigation and is facing questioning by federal authorities.

Dershowitz called the girl an “admitted prostitute and a serial liar.”

Dershowitz said the massage he received was from an adult woman. And this kicker: “I kept my underwear on during the massage.”

Bill Clinton has also been snared in the Epstein pedophile sex scandal. Flight logs from Epstein’s private jet, dubbed the “Lolita Express,” showed Clinton to be a frequent flyer along with a madame who allegedly hooked up Epstein with underage girls.

Check out the video: