Justin Bieber Opens Up About His Drug Use: It Was Substantial (Video)

Keith GirardFebruary 3, 2020CELEBRITIES
Justin Bieber opens up about his past drug use. (Photo: YouTube/ScreenCap)
Home
CELEBRITIES 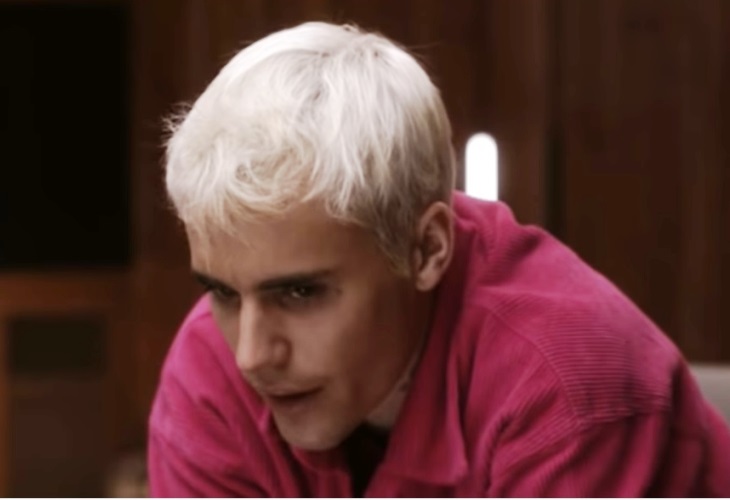 Justin Bieber opens up about his past drug use. (Photo: YouTube/ScreenCap)

Justin Bieber had a lot to escape from when he shot to fame as a young teen and had to deal with all the pressures of fame. He reveals in a new interview drugs provided part of that escape.

The 25-year-old singer revealed he first tried marijuana when he was just 13, after rocketing to fame as one of the first YouTube phenoms.

He says weed led him to experiment with other drugs, including a potentially deadly concoction known as “sizzurp” or “purple drank.” The drink is a mix of cough syrup containing promethazine and codeine, mixed with a soft drink.

Codeine, derived from opium, is metabolized into morphine in the body and is highly addictive.

“Users quickly develop a physical and psychological dependence to the drug and may experience withdrawal symptoms after as few as five to seven days of continuous use,” The New York Independent reported in 2014, citing addiction Web site, codeineaddiction.com

During a period in 2014 when Bieber often appeared agitated and aggressive he was suspected of using sizzurp. He denied at the time.

From there, he moved on to pills, Molly, and even trying Shrooms, also known as psilocybin and psilocin.

“It was just an escape for me. I was young. My experience was in front of cameras and I had a different level of exposure,” he said in an episode of his YouTube Premium documentary “Justin Bieber: Seasons.”

Bieber went through a period in his late teens and early behavior when he was known more for loutish behavior than his music.

He described it as “valuing the wrong things,” because they were being “dangled” in front of him.

“The truth is, I never had the tools. My parents never gave me those tools to be a good team player,” he says.

Instead he learned the hard way.

In 2014, he was arrested on assault and dangerous driving charges in Canada and got into an altercation with actor Orlando Bloom in Ibiza, Spain, after bragging he’d bedded Australian model Amanda Kerr.

Bieber was in hot water with police in California, Florida as well as Toronto, causing a White House petition calling for his deportation to soar to more than a quarter million names.

At one point, he became fodder for late-night comics. David Letterman called him a “one-man crime wave.”

In 2015, an Argentine judge ordered the pop star’s arrest Friday (Apr. 10) for failing to appear before authorities to answer questions about an alleged assault.

The same year, Bieber appeared on Ellen and vowed to go straight. He followed up with a humbling apology on Facebook and said he was “not the person he was pretending to be.”

He reassured fans in an Instagram post in 2017 that he was a changed person from two years earlier, when he was arrested in Miami for driving under the influence, driving with an expired license and resisting arrest.

The “Believe” singer says in his documentary he decided to get sober because his addictions had grown serious.

“I was, like, dying. People don’t know how serious it got It was legit, crazy scary,” he said.

“I basically said to myself, ‘God, if you are real, you get me through this season of stopping these pills and stuff, and if you do, I’ll do the rest of the work.’ I never did the actual work. I got off the pills but never went to the root of everything so I just circled back around which most people do.”

“I think when you take somebody very, very young and they get horrible, crazy crippling anxiety and it goes undiagnosed and you don’t know what it is you are feeling, you start to self-medicate because it makes you feel better. Just helping not to feel anything.”

Now, the ‘Love Yourself’ singer has an oxygen chamber in his house to help with his anxiety, and goes through nicotinamide adenine dinucleotide (NAD) IV treatment to help flush toxins out of his body.

“For people who used to have a drug problem, when they get sober, the pleasure centers of their brain don’t work the same. So what NAD does is actually helps to repair that part of that brain and it helps repair the pleasure centres to balance them back out.”