Brad Pitt Needed a Shot at Redemption; He Got It at 92nd Oscars (See!) 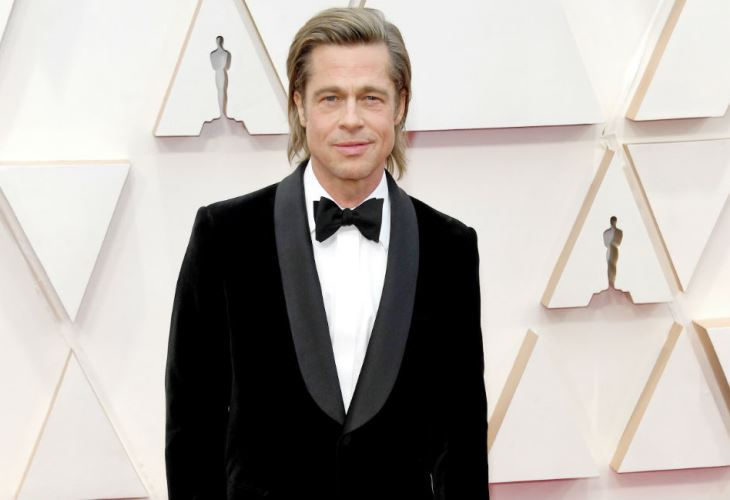 Brad Pitt went through the wringer in his divorce from Angelina Jolie and came out in tatters. He needed a shot at redemption and got it last night at the 92nd Academy Awards

He won the best supporting actor Oscar for his role in “Once Upon a Time in Hollywood;” his moment came during his moving acceptance speech.

In battling tabloid headlines, Pitt was portrayed as a drunk and pot smoker who ignored his kids.

No matter who said what, he was battered by the publicity as the couple fought it out in court over child custody issues. His Mr. Nice Guy image took the biggest hit of all.

Jolie was far from unscathed. She was portrayed in tabloids as a horribly manipulative bitch who was out to trash Pitt because of the nature of the breakup.

To make matters worse they were one of Hollywood’s endearing power couples. Together for 12 years, the last two as a married couple, they had six children (three natural and three adopted).

The struggle for their loyalty and custody appeared to be at the root of all the animosity.

Angelina Jolie, Brad Pitt Divorce: Are They Fighting or Reconciling? Here’s the Latest

Jolie was definitely triggered and filed for divorce and sole custody in 2016.

“I gotta be more. I gotta be more for [the kids]. I have to show them. And I haven’t been great at it,” Pitt acknowledged in a 2017 interview.

He also admits his drinking was a problem, one he’s gotten over.

“I mean I stopped everything except boozing when I started my family. But even this last year, you know — things I wasn’t dealing with. I was boozing too much. It’s just become a problem,” he says.

He’s been producing pretty regularly through all the turmoil, but returned to acting last year with “Once Upon a Time in Hollywood” and “Ad Astra,” a science fiction thriller.

Pitt’s acting in the Quentin Tarantino paean to Hollywood landed the Best Supporting Actor award at the Oscars and seemed to have a cathartic effect on him.

His remarks were rueful.

“I’m not one to look back, but this has made me do so, I’m a bit gobsmacked, I think about my folks taking me to my first drive-thru, taking me to see ‘Butch & Sundance,’ and moving out here, Geena and Ridley giving me my first shot,” he said, referring to his role in “Thelma and Louise.”

“All the wonderful people I’ve met along the way, to stand here now, once upon a time in Hollywood, ain’t that the truth. This is for my kids, who color everything I do. I adore you.”

“They told me I only have 45 seconds up here, which is 45 seconds more than the Senate gave John Bolton this week. “I’m thinking Quentin does a movie about this, where in the end the adults do the right thing.”

Pitt now says he’s ready to “disappear for a little while” from the big screen and turn his energy to producing through his Plan B Entertainment company.

“Right now, I think it’s time to go disappear for a little while now and get back to making things,” he told reporters back stage.

Pitt is producing four movies in 2020, but won’t be appearing in any of them.

“It has been a really special run and again, it’s a community I love and friends I’ve made over 30 years, and they mean a lot to me, truly. And I feel a responsibility to that, more than anything. More than like a victory lap.”

Check out videos of his acceptance speech, backstage interview and a roundtable below featuring Pitt, Tarantino and other actors and set professionals from “Once Upon a Time in Hollywood.”