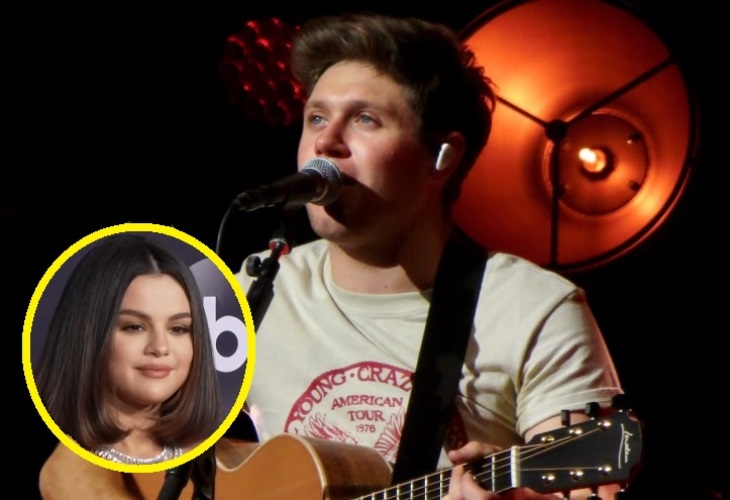 Niall Horan, the One Direction heartthrob, was spotted out to dinner with Selena Gomez last October and has been dogged by tabloid reports since that the two are dating… or should be dating.

Fans even started a petition encouraging him to hook up with the “Lose You to Love Me” singer.

That was enough for Niall to set the record straight during an interview on Australia’s KIIS FM The Kyle and Jackie O Show on Tuesday (Feb. 11).

When asked about the reports by host Kyle Sandilands, the 26-year-old singer’s response immediately went viral.

“Here we go again,” he replied.

Horan was equally nonplussed by the petition. “This petition I feel like has been going on for I think eight years,” he said, before putting their relationship in perspective.

“Myself and Selena are really good friends with the same group of mates,” he said.

Apparently the rumors started last summer after Gomez, 27, was spotted at Horan’s house. But it was all very innocent.

“I remember I saw this stupid article a while ago of her walking out of my house or walking into my house or something like that and everyone was like, ‘Oh they’re together,'” Niall explained.

“There was also about 15 other people in there for a barbecue. It’s just typical absolute useless nonsense,” he added.

But that was enough to fire up the tabloids, which encouraged fans to get involved- not that there wasn’t at least a tinge of substance to it.

Selena and Niall were reportedly spotted kissing at Jenna Dewan‘s birthday party way back in December 2015.

“Niall and Selena were seen kissing in the middle of the club, in front of everyone,” an eyewitness told UsWeekly.

“They definitely seemed very close and like they were together. Niall got there first with his bodyguard, then the next thing I know, I looked over and Selena was there. They were very close together, talking and whispering. They left together, she grabbed his arm on the way out and held onto it.”

They’ve certainly been good friends and supportive of each other’s careers since. Horan raved on social media with Selena released her latest album Rare.

“Do I have a girlfriend? I don’t, no. I’m very much single. Very much single,” he said at the time. He also related his frustration with the media.

“If they’re just a friend of mine, I’m going out with them in the media, it doesn’t make a difference if I’m seeing them or not,” he explained.

“People are fickle. Aren’t they? They don’t know whether they want us to date or go on a song together,” Niall said. “I mean that would be great. She’s obviously a talented girl. And she’s a really good friend of mine.”

But, no, it’s not happening. Check out the video below.