Keith GirardFebruary 26, 2020CELEBRITIES
George Clooney has been the face of Nespresso coffee. Now he has egg on it. (Photo: Nespresso)
Home
CELEBRITIES 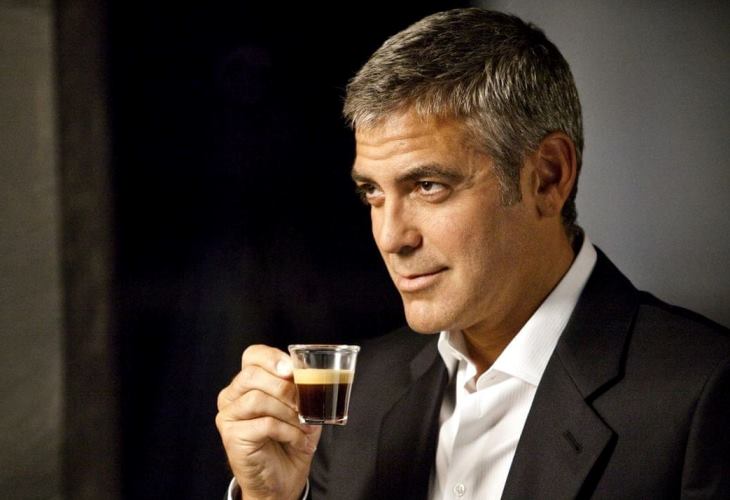 George Clooney has been the face of Nespresso coffee. Now he has egg on it. (Photo: Nespresso)

George Clooney and other A-list stars used to shun commercials to protect their Hollywood image. But these days, A-Listers are flocking to a line of work once thought to be the domain of Hollywood has-beens.

Clooney raised eyebrows back in 2010 when he began appearing with actor John Malkovich in ads for Nescafe Nespresso coffee machines. The ads were limited to Europe and ran mostly during Christmas.

Somewhere along the line, he agreed to start representing the brand in the United States.

“You want to have a product you are proud of and not embarrassed by,” Clooney said about his coffee ads. “You don’t want to do ones that aren’t classy. That’s the truth. That’s the secret to it.”

But he may have second thoughts about that now.

A BBC Channel 4 Dispatches documentary, due to air next week, filmed child laborers picking coffee beans and hauling sacks on six Guatemalan farms believed to supply his brand, according to London’s Guardian newspaper.

The actor was left with egg on his face.

He said he was “surprised and saddened,” by the development, according to the newspaper.

The incident is just one of the ways shilling products can bite an actor in the ass. But whether that gives others second thoughts about it remains to be seen.

Many of today’s biggest stars, of course, got their start in commercials. But many are appearing in ads now that their careers are established.

In 2014 actress Jennifer Garner began popping up in domestic television commercials for Capital One, a credit card company accused in the past of charging exorbitantly high interest rates.

Matthew McConaughey began appearing in domestic commercials for Lincoln cars at the same time he won a best actor Academy Award for his role in “The Dallas Buyers Club.”

Brad Pitt raised eyebrows when he made a commercial for Chanel No. 5 perfume. Robert Pattinson also starred in a widely publicized campaign for Dior Homme with French model Camille Rowe.

“Saturday Night Live” alums Amy Poehler and Tina Fey , who have gone on to successful movie careers, have shilled for Old Navy and Allstate insurance respectively.

Today’s ads, of course, target millennials, and experts say that demographic–83 million Americans between 15 and 34– are comfortable with big actors plugging products, according to The Chicago Tribune.

The idea of “selling out” for financial gain is more associated with Baby Boomers and Gen-Xers, the experts say.

In fact, Bill Murray’s 2003 movie, “Lost in Translation” was about an aging actor who was forced to do commercials in Japan, with the proviso they wouldn’t air in the United States.

In real life, Murray did a Super Bowl commercial for Jeep that parodied his movie “Groundhog Day.”

Clooney justifies doing commercials because he says it pays well, and he uses the money to make socially conscious movies.

The actor has been repping for the coffee company for the past 14 years mostly overseas and sits on Nespresso’s sustainability advisory board, according to The Guardian.

He praised Nespresso for improving the lives and livelihoods of farmers all over the world and also lauded the journalists who uncovered the child labor practices.

“The check and balance of good corporate responsibility lies not just with the company itself but also independent journalists,” he said.