Want to See Taylor Swift as a Man? Of Course You Do! Check Out New Video 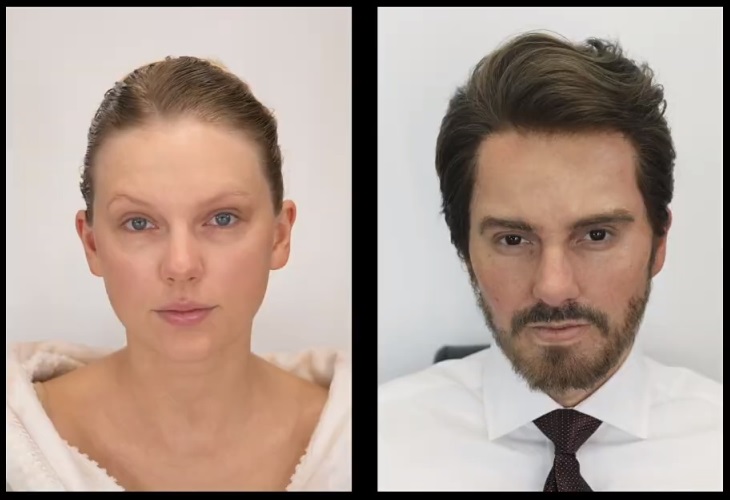 Taylor Swift takes on the ‘man’ in her new video. (Photo: ScreenCap)

Is that Taylor Swift? Is it really? Is it really Taylor? Yes, well… maybe. You’ll have to judge for yourself when you watch her new video “Man,” starring, well… a man.

Swift, who is becoming more political and socially conscious with her music, tackles the celebration of male chauvinism with her new song and video, released this morning (Feb. 27).

She sings the following:

Get it? Boorish behavior is ok… for a man.

But that’s not all. She sings about being an alpha type, fearless leader.

The general consensus is the song is taking a shot at Scooter Braun, the music manager who bought most of her music catalog apparently without her consent.

“There’s a song that I had wanted to write conceptually for a very long time, because over the course of my life it has occurred to me that we have a bit of a double-standard issue in our society,” Swift explained before performing the track at the Tiny Desk last year.

But she’s not targeting work-a-day man, she’s going after moguls and would-be moguls and the sycophants who suck up to them.

From drinking shots from a stripper’s belly to a yacht scene right out of “Wolf of Wall Street,” Swift takes a shot at everything that represents a chauvinist’s wet dream.

Swift also gets the last word.

In the final scene, she’s in the director’s chair giving the “man” a piece of condescending direction that she assume’s countless women have heard.

“Could you try to be sexier? Maybe more likable this time?” she asks.

Extra cool feature and reason to watch until the end. The video shows her makeup transformation to the “man.”

Check out the video and lyrics below.