Miley Cyrus Shows Hers, So Does Vanessa Hudgens in Tit-for-Tat Reveal (See!) 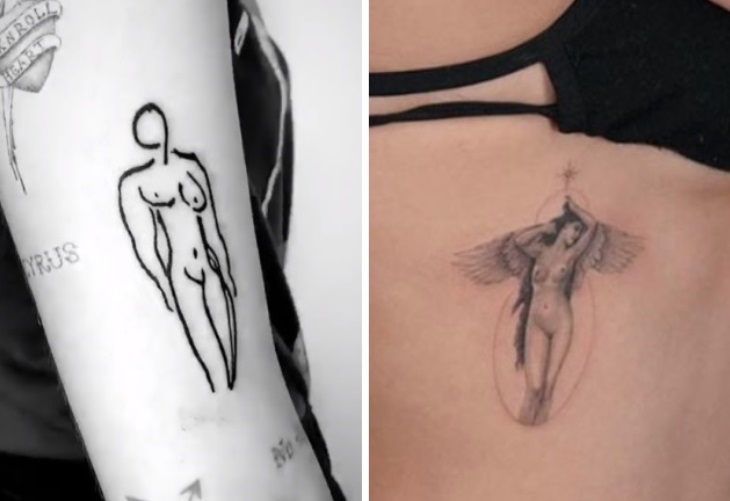 Miley Cyrus and Vanessa Hudgens think a like. Both get naked lady tattoos. (Photo: Bang ShowBiz/Instagram)

Hudgens, who is 31 and a long way from her teen queen days, showed off her juvenile impulse, a naked woman tattoo, one day after Miley revealed hers. 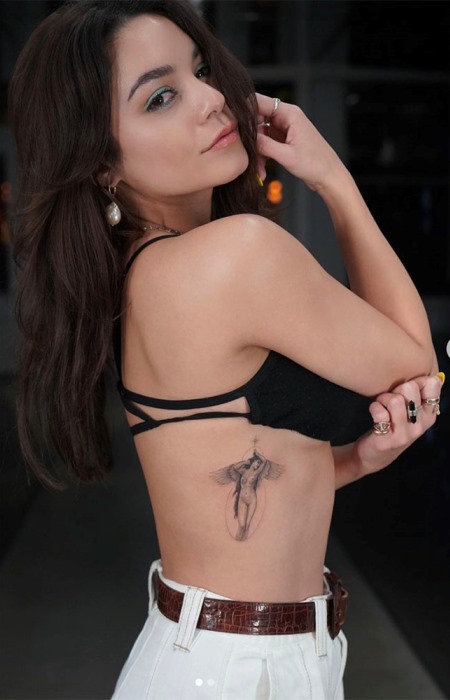 The former “Hannah Montana” star, who isn’t far behind at 27, showed off her latest tat on Instagram. It’s a naked lady, too, but not just any naked lady.

Miley’s tattoo mimics a painting by the famed artist Henri Matisse (1869–1954), who made the female nude figure one of the major subjects of his art.

“When an artist or student draws a nude figure with painstaking care, the result is drawing, and not emotion,” Matisse once said.

Matisse, on the other hand, was more concerned with the harmony of the composition rather than anatomical accuracy. As such, he often portrayed nude figures with varying degrees of abstraction and symbolism. 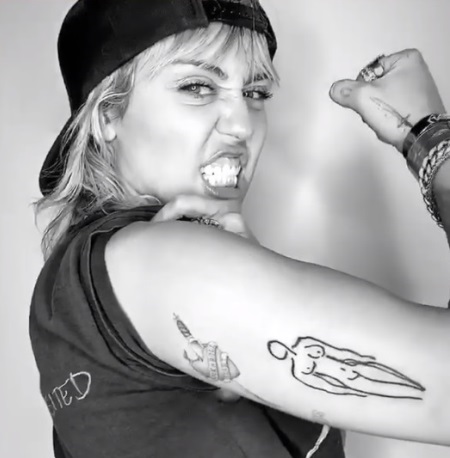 Matisse was a leading figure of Fauvism. Along with Pablo Picasso, he was one of the most influential artists of the modern era, which began around the turn of the 20th century.

“What I dream of is an art of balance, of purity and serenity, devoid of troubling or depressing subject matter,” he once said

Hudgens, on the other hand, chose a design known as the “divine feminine angel,” which is a concept grounded in spirituality.

Vanessa stripped down to her underwear to show off her new inking on social media. The tat covers her right rib cage.

“Divine feminine angel … not me …. my tat. But you can call me that, if you want to … #thirstythursday @drag_ink,” she captioned the photo.

She also posted a video of her reaction to the new tattoo.

“Lol this was the first time I saw it. I never peeked. Hilarious. I love @drag_ink so damn much. What. A. Legend,” she wrote.

Meanwhile, Vanessa previously opened up about her “fascinating” style evolution after sporting a number of looks throughout the years.

“I think the message is that women don’t have to be one thing. We’re so multifaceted; the more we embrace our duality, the stronger we are,” she wrote.

“My style, and the evolution of it, is something that’s fascinating to me. Where I was ten years ago is so different from where I am now. It was a very Bohemian time for me. I would always be in maxi dresses with feather earrings and my long hair. I just felt so feminine and flowy. Now, I love an iconic look.”

If it’s hard to believe she’s now 31 on her way to 40, Hudgens has an answer for her fans, who often think she’s much younger.

“No one ever gets my age right, I used to want to be older when I was younger. Now that I’m 30, if you tell me I look underage, I actually greatly appreciate it. Most people are acquainted with me via ‘High School Musical,’ so I think in their eyes, I’ll be forever 15,” she says.

“People 100% still look at me as Gabriella but it’s really sweet that I get to be a part of people’s childhood and take them back to a time for them when things were simpler. That’s a beautiful thing. I’ve played so many different kinds of people, I don’t think that you can put me into a box.”