Broadway, Off-Broadway Likely to Remain Dark for 30 Days… Or More

Keith GirardMarch 14, 2020THEATER
Broadway bustled before it was closed as a precaution against for the coronavirus pandemic.
Home
THEATER 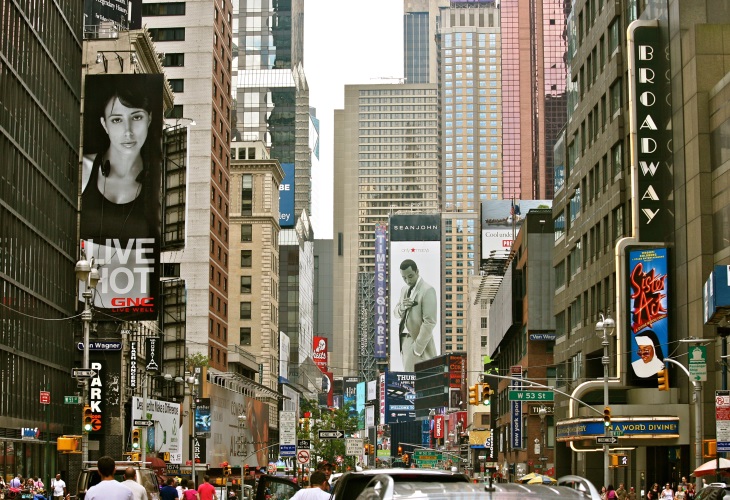 Broadway bustled before it was closed as a precaution against the coronavirus pandemic.(Photo: Alex Proimos  )

Broadway’s bright lights are likely to remain dark for at least 30 days and possibly longer as New York City and the nation grapples with the coronavirus outbreak.

The Broadway League, which governs the Great White Way, said in a statement shows would be suspended until April 13 in step with New York Gov. Andrew Cuomo’s ban on all gatherings of more than 500 people.

Limits on public gatherings in the state took effect at 5 p.m. Friday (Mar. 13).

“Our top priority has been and will continue to be the health and well-being of Broadway theatregoers and the thousands of people who work in the theatre industry every day,” said Broadway League President Charlotte St. Martin, in a statement.

Off-Broadway theatres also acted by either canceling or suspending their productions, according to Playbill.

But some shows in theaters with less than 500 seating capacity are still running. (See below)

Though a number of runs were cut short, certain productions will resume April 13 (the same date Broadway is scheduled to re-open).

New York state has become an epicenter of virus outbreaks and the city recorded its first death last night (Mar. 14). An 82-year-old woman with a history of emphysema reportedly died from an infection.

On Wednesday (Mar. 11) an usher who worked two theaters tested positive. Owners of the two venues said they ordered deep cleanings and continued with shows.

At several shows, cast members were ordered to stop greeting fans and signing programs at stage doors to limit exposure.

Broadway has long been one of New York City’s biggest attractions, drawing millions of people from around the world. Some 63% of those going to shows were tourists, from outside the United States or outside New York, the league said.

Ticketholders for performances through April 12 should contact their point of purchase for refunds and exchanges.

The Broadway League said it will continue to closely monitor the evolving coronavirus situation on behalf of the Broadway community and make decisions as circumstances require, in accordance with guidelines from the CDC and state and local health officials.

That means closures could be extended well into the summer, the heart of the tourism season.