Keith GirardApril 9, 2020CELEBRITIES
Madonna is one of more than a dozen celebs that have stepped up to help fight coronavirus. (Photo:
Home
CELEBRITIES 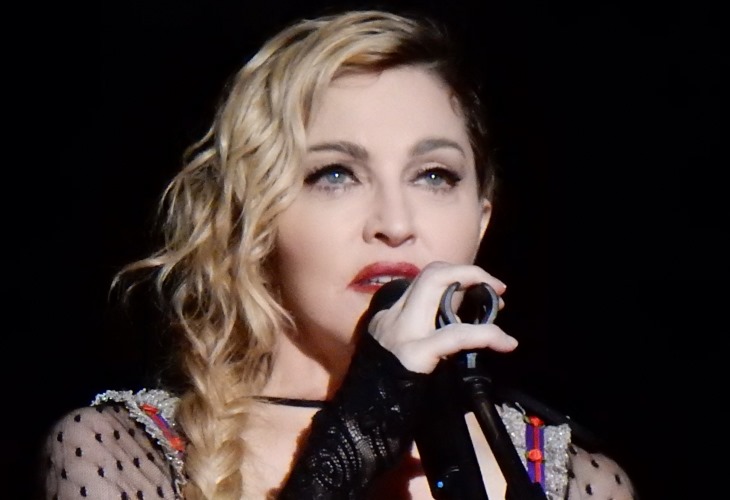 Madonna is one of more than a dozen celebs who have stepped up to help fight coronavirus. (Photo: chrisweger)

Celebrities from Madonna to George and Amal Clooney are trying to do their part to fight the COVID-19 virus by donating money, organizing relief efforts, helping out in prisons or just reaching out to patients.

These 31 actors, musicians and reality television stars are among those who have caught the attention of the media for their efforts.

Madonna raised eyebrows when she pledge to donate $1 million to help find a vaccine for the coronavirus, which has killed nearly 90,000 worldwide and nearly 15,000 in the United States.

More than 434,000 cases have been confirmed across the United States, most of which have occurred in New York State and California.

Madonna is donating money to the Bill & Melinda Gates Foundation.

“I’m joining the Bill & Melinda Gates Foundation effort to find a drug that will prevent or treat COVID-19. We need this to protect our health workers, the most vulnerable, and all of our friends and families,” she announced on her Website.

George and Amal have also donated more than $1 million to help those hit by coronavirus.

The couple has spread the money among six charities and organizations around the world, according to Deadline.

The Motion Picture & Television Fund, the SAG-AFTRA Fund and the Mayor’s Fund for Los Angeles will each receive $250,000. The National Health Service in the UK, the Lebanese Food Bank, and the Lombardo Italy Region, which supports hospitals in Italy have each received $300,000.

Leonardo DiCaprio kicked things off with a $12 million donation and teamed up with Laurene Powell Jobs, Apple and the Ford Foundation to launch America’s Food Fund. It benefits the World Central Kitchen and Feeding America.

Lady Gaga has been working with politicians, other entertainers, and business leaders to help raise over $35 million for the World Health Organization, and will host a star-studded global TV special, “One World: Together at Home” in conjunction with Global Citizen later this month.

Rihanna announced last week she and Jay-Z’s respective foundations were each donating $1 million to help to support undocumented workers, imprisoned, elderly and homeless people, and the children of health workers and first responders in both Los Angeles and New York City.

Her announcement came just a few days after she pledged to give $5 million to various causes through her Clara Lionel Foundation.

Jay-Z and Meek Mill have also sent 100,000 masks to prisoners, who are particularly susceptible to the virus in tight prison quarters.

The rapping duo are heads of REFORM Alliance, an organization set up to reform the criminal justice system by changing laws and policies, and they have just donated 40,000 masks to Tennessee, 50,000 to Rikers Island and 5,000 to Parchman.

“It’s a very vulnerable population. We’re really worried about the number of people coming in and out of the facility, and the fact that the people living there might be sitting ducks during this pandemic,” REFORM Alliance’s chief advocacy officer Jessica Jackson told CBS News.

“COVID-19 spreads most quickly in crowded and closed environments, and our jails and prisons are at high risk for an outbreak. This is a huge threat to public health. Right now, hardly any government officials have a plan to address this crisis. REFORM does,” the rappers posted on their Website.

The Hilton hoteliers are giving $5 million towards healthcare clinics in Los Angeles to fund personal protective equipment, including hand sanitizer and testing kits, and to “cover expenses related to developing and implementing a COVID-19 response plan to care for individuals experiencing homelessness in Los Angeles County.”

Other contributions will go to countries in Africa, where the healthcare systems are substandard.

The money is coming from The Hilton Foundation, launched in 1944 by the Hilton Hotels founder Conrad N. Hilton, the great-grandfather of Paris and Nicky.

Sir Elton John has made sizable donations, including $8 million from his “Living Room Concert For America,” and $1 million to protect HIV patients from the respiratory disease.

The star-studded show, which aired in the place of the “iHeartRadio Music Awards,” raised $500,000 from Procter & Gamble. Fox Corp. matched the donation.

Mariah Carey, Billie Eilish, Shawn Mendes and Camila Cabello and Demi Lovato were among those who performed a song from their homes.

Rihanna and Jay-Z have each donated $1 million to fight the virus.

The ‘Diamonds’ singer previously announced her Clara Lionel Foundation will give $5 million in grants to people working against the disease. The amount was matched by Jay-Z’s eponymous Shawn Carter Foundation.

The $2 million will help to support undocumented workers, imprisoned, elderly and homeless people, and the children of health workers and first responders in both Los Angeles and New York City.

“Breaking Bad” stars Bryan Cranston and Aaron Paul and actor Ryan Reynolds are donating 30 percent of the sale of each bottle of their spirit Dos Hombres to out-of-work bartenders.

UK singer Halsey is donating 100,000 masks to medical professionals amid the coronavirus pandemic.

“Every single day I am in awe of the medical workers on the frontlines. Their determination, selflessness and empathy is the single greatest example of our capacity to love and survive as humans. I am beyond privileged to be self isolating in my home, without the fear and obligation of essential work employment. Without a sick family member to care for. A child to feed. A financial crisis to navigate. So I tried to find a real way to make a difference,” she wrote on social media.

“Please continue to stay home, if you can. If you are on the frontlines, my heart is with you. And I will be continuing the fight to help you get the support and resources you need,” she urged fans.

Harry Styles is selling t-shirts to raise money for the coronavirus relief efforts. The “Adore You” hitmaker has designed the piece of clothing, which he is selling on his official store for $26 to support the response to COVID-19.

The t-shirts are white and have the phrase, “Stay Home. Stay Safe. Protect Each Other,” printed on them, with all of the profits going towards the World Health Organization’s COVID-19 Solidarity Response Fund.

The t-shirts, with Harry’s trademark “treat people with kindness” phrase printed on the back, are expected to ship in four to six weeks.

“I’m actually in California, I got stuck. I was supposed to be coming home then it all got a bit sketchy with the flights,” Harry wrote to his fans.

The 26-year-old singer has also been forced to reschedule his UK and Europe tour, which was meant to kick off next month, until 2021 due to the ongoing global health crisis.

Rita Wilson, who was diagnosed with coronavirus with husband Tom Hanks, weathered the illness and rapped on a new charity remix of Naughty By Nature’s ‘Hip Hop Hooray’ for the MusiCares COVID-19 Relief Fund.

“I originally learned the song for one of the most fun roles I ever played in the film ‘Boy Genius,” she explained. “It took me a month to learn because it’s so complex and nuanced; it was like training for a marathon. The rhythms and tempos are so unique and creative.”

Rita and Naughty By Nature’s ‘Hip Hop Hooray’ remix is officially released on April 10 via all major streaming services.

The 29-year-old singer and sister Elena are among those who have offered to help support elderly and vulnerable people through the coronavirus pandemic and will be assisting with deliveries and reaching out to speak to lonely members of society during this time of social distancing.

She and her older sister Elena are among the 750,000 people who have applied to help out and prevent this illness coming through our door and overwhelming the NHS.

“They’ll be among the people who deliver medical supplies, collect prescriptions, check on the elderly and make phone calls to lonely and vulnerable members of the community,” said her mom, who is a psychiatrist.

Tyler Perry left a $21,000 tip for out-of-work restaurant workers. The 50-year-old actor-and-director is a big fan of the Houston’s chain and has made regular trips to one in Atlanta to pick up food.

On a visit last Sunday (Apr. 5) he tipped 42 servers, who are no longer working due to the coronavirus pandemic, TMZ reported.
This isn’t the first time the ‘Alex Cross’ star has helped people in need.

Last September, Tyler offered his personal seaplane, based in Nassau, to fly relief supplies to the Abaco Islands, which were hit hard by Hurricane Dorian.

Taylor Swift is dedicating her time “trying to figure out how to help others” amidst the coronavirus pandemic.

“Obviously we have a lot of time on our hands right now, with people being out of school, out of work. I’ve been doing a lot of cooking, a lot of reading, a lot of watching films that I’ve never seen before,” she told SiriusXM’s Hits 1.

“But mostly I’ve been online trying to figure out how to help others and just constantly in awe of our first responders, emergency workers and our healthcare professionals that are putting themselves in danger every single day.”