WinchesterApril 17, 2020ENTERTAINMENTMUSICTHEATER
Lady Gaga rocked out at Coachella in a set that featured her latest song 'The Cure.' (Photo by Kevin Winter/Getty Images)
Home
ENTERTAINMENT

Lady Gaga rocked out at Coachella last year, but she’s confined like everyone else to her living room now. (Photo by Kevin Winter/Getty Images)

Living room concerts in the heightened COVID-19 new normal have become something de rigueur among musical artists and Broadway stars. And, they’ve never been as welcomed as they are now.

The Rolling Stones announced today (Apr. 17) that the venerable rock and roll band will join Saturday’s “One World: Together at Home” television and streaming special to raise money for the fight against COVID-19. 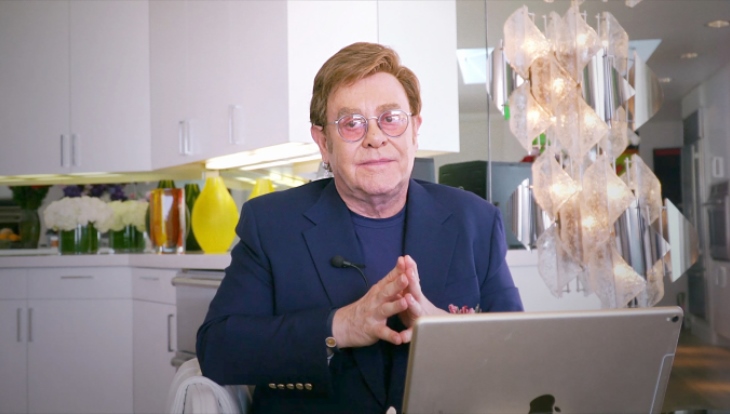 It’s presented by the antipoverty group Global Citizen and the World Health Organization (WHO), and aims to raise coronavirus awareness and celebrate front-line workers.

On Fox’s living room concert two weeks back, Sir Elton John of all people hosted the segment with the Backstreet Boys (performing “I Want It That Way”).

It looked as if they had rehearsed all week with rather stunning production shots and brilliant segues. Billie Joe Armstrong and Dave Grohl were standouts too.

Most Broadway productions (which will tentatively return June 7; Beetlejuice will not return) are running shortened versions of their productions online.

Sandwiched between all the professional looking ones are a host of new artists trying for that big break.

Veteran PR-man David Salidor commented on the outpouring of new home-grown videos: “It’s always been an innovative idea and certainly cost-effective, but now the new acts are faced with marquee names doing at home videos as well; with a realistic production budget and better cameras.

“The problem with many of these at-home videos is that they looked very much DIY. It’s a tricky dynamic for sure, but now’s the time with everyone at home in front of their computers.”

“It was supposed to be one song/night ‘lullaby’ thing to say goodnight, but it got such a great response, I’ve been doing random hour-plus shows,” he says. 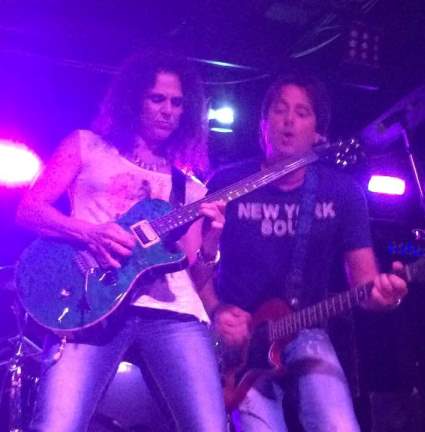 “Truth be told, I actually wasn’t planning on doing anything online during this mess, as it’s really crappy sounding -even in 2020- latency, tinny sound, etc., and I didn’t think anyone would care,” he adds.

“But after a couple of folks prodded me to do something, here we are a few weeks later and about eight hours of music.

“On my end, it’s kinda cool to revisit my old originals from the 1800s and play them for people who’ve never heard The Rosenbergs live. Plus, I’m discovering a lot of the songs translate better acoustically than they do with a full band, so that’s a bonus.”

“I’m running out of tunes so using the downtime to learn some new ones so as not to bore the crap out of everyone.”

There’s often a lot of emotion in some of his shows.

“It was a tough one last week, when I heard about the passing of my friend Adam Schlesinger,” he says. “I dedicated that performance to him and of course played “That Thing You Do.”

Schlesinger, an acclaimed songwriter and member of Fountains of Wayne, died of the coronavirus earlier this month. He was 51.

Robert Miller’s critically lauded jazz-rock phenom Project Grand Slam did a special video-premiere for a track from their as yet unreleased new album East Side Sessions.

With several days of advance-work, it was very well received on YouTube. Check out their site here.

Miller next week launches additional videos in advance of their new album. 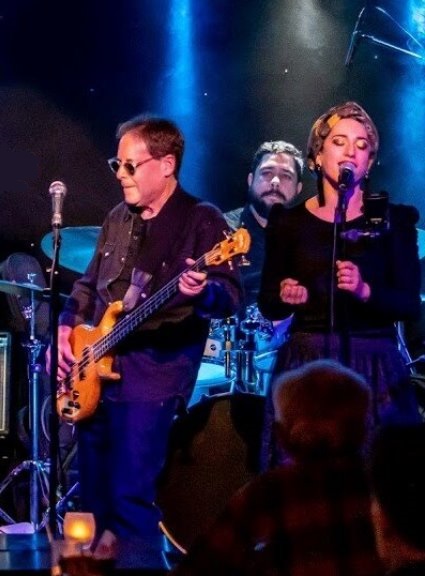 Robert Miller and his jazz fusion band have been regularly producing YouTube videos to support the band’s albums. (Photo: DisCompany)

“During this perilous time, we wanted to give back to our fans and audience,” Miller says.

The series included under-the-hood discussions of the inspiration for each week’s featured song from his album and an interview with a key contributor to the song’s production.

There’s also an audience Q&A round table focused on self-help strategies applicable to the pandemic, such as dealing with anxiety, maintaining motivation and “finding joy in the little things.”

“My goal is to provide a forum for us to gather and share our perspectives on different topics each week, which can keep us thinking positively and feeling productive,” Sless says.

“At the same time, I want to let my fans in deeper to my own struggles with adversity, to give them the best opportunity I can to take away some ideas on how to deal with their own anxieties under these extraordinary circumstances.”

“They bring us all together … especially with Broadway. It’s key.”

One Broadway PR-person added: “Many shows won’t return on June 7, so this is their last opportunity to have one more presentation.”

Starting out as indie acts, they’ve both signed major label deals. Fleet Foxes on Nonesuch and Bon Iver on 4AD.

“Dylan released a 17-year old track last week, as well as a second track today (Apr. 15), and I am prepping something twice as old as that …and, it’s really good,” says Salidor.

“I figure there’s never been an audience like right now, so, why not?”