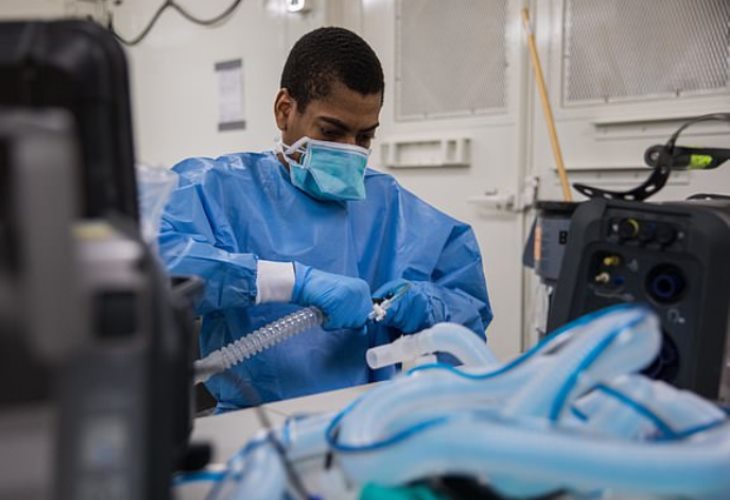 COVID-19 treatment protocols in New York City hospitals are tantamount to “murdering” patients because they are being put on invasive ventilators and “forgotten,” a nurse on the front lines is charging in a shocking new video.

Nurses in the hospitals have been too afraid to speak out for fear of losing their jobs, but one front-line nurse got word to a nurse practitioner friend who post her message online today (Apr. 27)

“It’s a horror movie,” the friend said. “Not because of the disease, but the way it is being handled.”

“I am her voice here. I’m going to tell you what she has told me.She wants this to get out.” said the nurse practitioner, who was identified only as Sara NP.

Even more disturbing, Sara claimed patients who stop breathing are not resuscitated. She also said there was still a terrible shortage of personal protection equipment (PPE)

“They stay in the same PPE all shift, except for the top pair of gloves… they’re only changing the gloves on the outside,” she said. 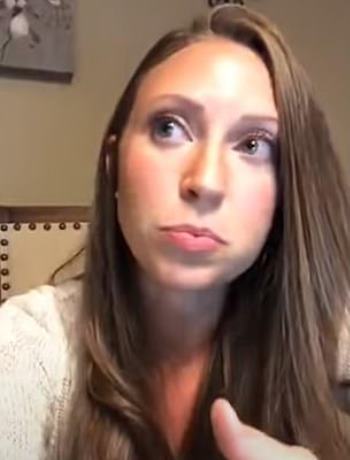 A woman who identified herself as ‘Sara NP’ posted a video detailing a ‘nightmare’ in New York City hospitals. (Photo: ScreenCap)

Patients who are admitted to a COVID-19 ward and test negative, are being treated by nurses in the same PPE, potentially exposing them to the virus.

“You’re certainly not saving people if you’re not even running codes. You’re not even going into patients’ rooms. You’re a coward. You’re hurting people, you’re killing them, you’re contributing to the problem,” she said emotionally.

“We are watching people die of a disease we do not understand, of a disease we have never seen before,” he said. “We are putting breathing tubes in people and putting them on ventilators and dialing up the pressure to open their lungs.

“I’ve talked to doctors all around the country and it is becoming increasingly clear that the pressure we’re providing may be hurting their lungs,” he said. “It’s highly likely that the high pressures we are using is damaging the lungs of the people we are putting the breathing tubes in.”

Kyle-Sidell said doctors simply don’t know what they are doing because the disease has never been encountered before. Two weeks ago, doctors in Italy came out with a letter saying the same. thing, he noted. The problem is nationwide.

“We need to change those protocols,” he implored. “COVID-19 patients need oxygen, they don’t need pressure.”

Kyle-Sidell stopped working in the intensive care unit at Maimonides Medical Center in Brooklyn earlier this month because he said in an interview he didn’t want to follow the hospital’s ventilator protocol.

The nurse behind Sara’s message traveled to New York City temporarily to help with the crisis. “She has never seen so much neglect. No one cares. They are cold and they don’t care anymore. It’s the blind leading the blind,” Sara said.

BIPAPs, or Bilevel Positive Airway Pressure machines, are similar in function and design to a CPAP machine. They work by supplying fresh air through an non-invasive mask.

But Sara said, hospital officials are refusing to use less invasive equipment due to fears about the virus spreading. Ventilators are closed systems.

‘The patients don’t know any better. They don’t have family with them. There is no one there with them to advocate for them. So they are scared, and they give consent [to be put on a ventilator],” she said.

The ventilator causes a condition known as barotrauma, which damages the lungs even more.

She reveals that family members can exert some control over the treatment using “a tip from inside the system.”

They can say medication, or a specific treatment, was given to the patient as “at-home medication.” That will clear doctors to use it in the hospital.

She advises patients not to give consent for intubation. “As soon as you give that consent, you might not come out of it.”

The New York Times addressed the issue in a video posted two weeks ago. (See below)

Robin Stein, who produced the video, said in a note that it was “very tough to find doctors who feel safe speaking on the record right now, let alone do on-camera interviews.”

“Buck the system,” Sara advised. “Something is wrong with the system.”

Check out the videos below: