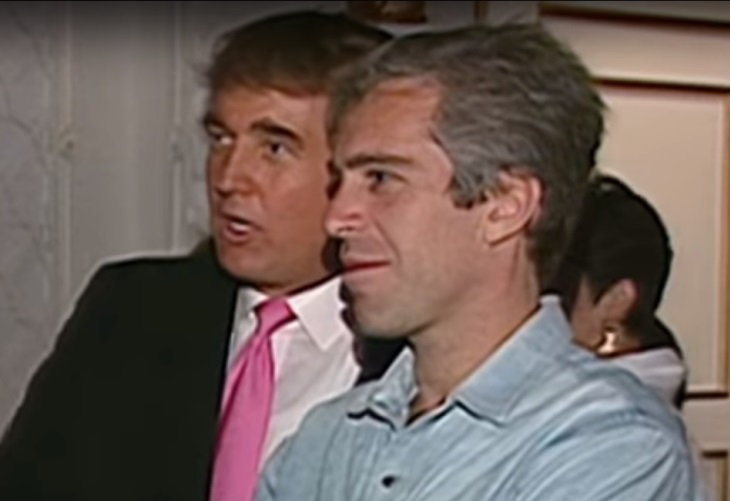 Donald Trump is alleged to have had sex with underage girls at Jeffrey Epstein’s Manhattan mansion. He’s pictured here in 1992 at Mar-a-Lago. (Photo: Netflix/ScreenCap)

Jeffrey Epstein is the star of a chilling new trailer for an upcoming Netflix documentary about his pedophile sex ring that features a cast of well known characters including Donald Trump.

Ex-Harvard professor Alan Dershowiz and a bevy of winsome–and mostly underage–girls who were swept up in his pedophile ring, also appear in the trailer.

Epstein may be one of the darkest and most controversial figures in American history, not only because of his wealth, but also because of his close circle of rich and powerful friends and the favorable treatment he received once he was busted.

It’s unclear from the trailer just how far the four-part docu-series will go in exposing mucky-mucks like Trump, Dershowiz and even UK Prince Andrew.

All were friends or associates who frequented the sex offender’s Manhattan townhouse, his private island or flew on his private plane, infamously named “The Lolita Express.”

Obviously missing from the panoply of faces in the trail is President Clinton, who flew frequently on Epstein’s plane.

Lisa Bryant, the executive producer from “Unspeakable Crime: The Killing of Jessica Chambers,” direct and Oscar winner Joe Berlinger produced the series. Berlinger is best known for “Conversations with a Killer: The Ted Bundy Tapes.”

James Patterson co-wrote the novel, “Filthy Rich: The Billionaire’s Sex Scandal — The Shocking True Story of Jeffrey Epstein,” on which the series is based. 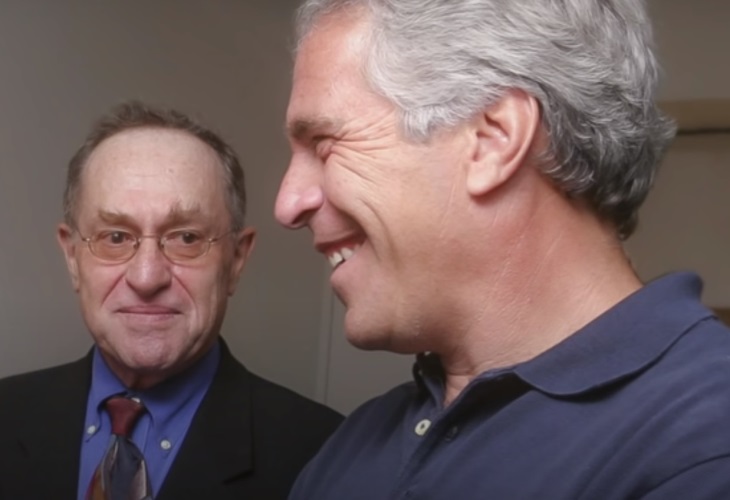 Bryant leans heavily on the testimony of the young girls who were lured into Epstein’s web. They’ll reveal how he used his wealth, power and influence to abuse girls for decades before being arrested.

“Leading up to his 2019 arrest, mysterious tycoon Jeffrey Epstein was accused of abusing women and underage girls for decades, assembling a network of enablers to help carry out and cover up his crimes,” the streaming service says in a synopsis.

“Epstein came from humble beginnings yet managed to lie and manipulate his way to the top of the financial world. He eventually gained tremendous wealth and power while running an international sex trafficking ring.

“The serial sex abuser made a secret plea deal with the government in 2008 avoiding a potential life sentence and continued to abuse women.”

If the show’s production value approaches the trailer–and we’re sure it will– then the series should provide a chilling look at one of the biggest scandals in recent memory with international implications.

There virtually no dialogue in the 2:21 clip. It’s most a collage of images and film clips. They zero in on Epstein’s playground, Manhattan, his mug shot, the abused girls–now women–and cameos of those who frequented his inner circle.

Trump makes an appearances in a 1992 image with Epstein.

In January, Dershowiz was hit with new claims he had sex with an underage girl as part of Jeffrey Epstein’s sex ring while he was defending Trump during his impeachment trial.

He claims he never had sex with any girls and only received a massage from an “older woman.” He swears he kept his underwear on. 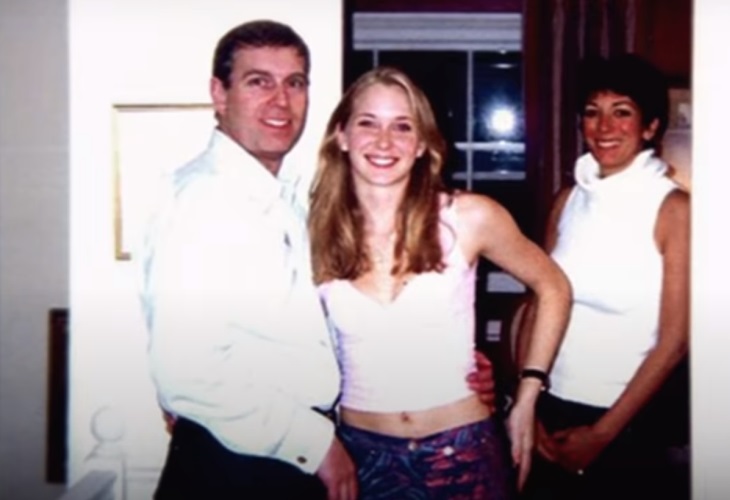 The woman, who was underage at the time, asserts in a sworn affidavit she “had sexual intercourse with Dershowitz at least six times.”

Trump was named in a sexual assault civil suit filed in 2016.

Virginia Giuffre claims she was recruited as a sex slave for Epstein at the age of 15. She was coerced into sex with many of Epstein’s friends, including Prince Andrew. At the time, she worked as a spa attendant at President Trump’s Mar-a-Lago resort.

One woman said she was sexually assaulted by both Trump and Epstein in 1994 — when she was 13 years old — at Epstein’s New York City home.

They suit charged she was subjected to “acts of rape, sexual misconduct, criminal sexual acts, sexual abuse, forcible touching, assault and battery,” among others.

In 2017, she settled her civil suit for an undisclosed sum.

Trump and Epstein have a number of links.

“I’ve known Jeff for 15 years. He’s a lot of fun to be with. It is even said he likes beautiful women as much as I do, and many of them are on the younger side. No doubt about it, Jeffrey enjoys his social life,” he told New York magazine in a 2002 interview.

Trump claims he had a falling out with Epstein and eventually banned him from his “southern White House.”

Clinton denies having a close relationship with Epstein, and said in a statement last July that he “knows nothing about the terrible crimes” that Epstein has been accused of. Clinton said had not spoken to Epstein in more than a decade, according to The New York Times.

Clinton acknowledged taking four trips on “The Lolita Express” in connection with charitable work through the Clinton Foundation. Later press reports claimed he flew on the plane as many as two dozen times.

Check out the video below. The docu-series airs May 27.