How Two LA Transplants Were Woke to Petty, Unspoken Racism in Idyllic Suburbia

Josh AaronJune 23, 2020COMMENTARYPOLITICS
Racism is alive and well, if unspoken, in the tony suburbs of Austin, the heart of 'progressive Texas,' a recently transplanted LA couple say they found. (Photo:
Home
COMMENTARY 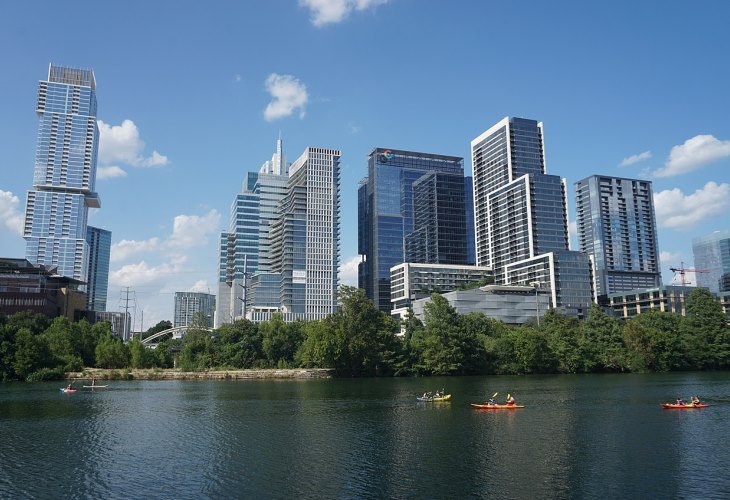 Racism is alive and well, if unspoken, in the tony suburbs of Austin, the heart of ‘progressive Texas,’ a recently transplanted LA couple say they found. (Photo: Michael Barera)

(Editor’s Note: This article is the first-hand experience of two white, suburban residents in Austin, Tx., the so-called heart of “progressive Texas.” The overt-racism faced by many African-Americans is well known. But another kind of racism also exists in the warrens of supposedly liberal suburbia. It’s largely unspoken, but no less insidious.)

I’m a white male with a white wife, living in a nice house in the suburbs of Austin, TX.

I’m completely aware of the privilege I enjoy, and have lived my life trying my best to stand up when I see an injustice. And, while recent events called on me, as well as my wife, to do just that, we experienced, for the first time, the backlash that can occur when blowing the whistle on hate.

We moved here about seven years ago from Los Angeles. While our intention was not to live in the suburbs, this move gave us an opportunity to work together from home, and spend quite a bit more time enjoying each other’s company.

Austin is marketed as a city with “progressive views, abundant culture, and Texas charm.” Compared to other parts of Texas, that’s probably true … as long as you’re white.

My wife decided that she wanted to be more involved with our community and, subsequently, was invited to become a member of the Architectural Control Committee (ACC).

Towards the end of 2019, and after experiencing what the Homeowner’s Association (HOA) Board of Directors was, or more accurately, was not doing, one of the board members up for re-election opted not to run again.

My wife saw this as an opportunity to enact real change in a community of over 600 families – a community where the majority of neighbors often expressed their disapproval of our “Do nothing HOA Board.”

She spoke with another board member, whom she voted for the year prior, about her potential run and received very encouraging feedback. The board member even offered to help with her campaign and expressed her desire for “real change.”

That board member, who we will call “Glenda,” came to our home unexpectedly this past holiday season and gave my wife a gift card for her amazing work on the ACC. That night is where our story really begins.

Prior to Glenda’s visit, our social committee held a neighborhood holiday party. While they’re free to call it a “holiday” party all they want, it was undoubtedly a Christmas party, complete with plenty of bible quotes and Santa Claus.

As a longtime resident and member of the social committee, Glenda is heavily involved in planning events and has a loyal (we had no idea how loyal) group of friends who assist her.

Our community is made up of a diverse mix of religions and cultures. During this party, both my wife and I heard from many of our Indian neighbors that they felt their cultural heritage and religious beliefs had been excluded in favor of Christianity.

After the party, she and I spoke at length about their concerns, and how to address inclusivity within our neighborhood.

Back to the night Glenda came to our home. As we spoke, my wife and I raised concerns that HOA events had a tendency to exclude many of our neighbors.

We explained that, rather than just make it about Christianity, we, as community leaders, should represent/honor the cultures of everyone in our neighborhood, i.e. the food, customs, clothing, songs, etc.

To our complete surprise, this did not sit well with Glenda. As she responded to our suggestions and comments, she made clear her distaste for “those people” who were the ones responsible for taking her religion out of her children’s school, and forcing them to sing songs from, or learn about, other religions.

“Those people” were the very ones preventing her and her family from celebrating Christmas “the way [she] used to.”

The comments made by Glenda in my living room obviously stem from a much larger and systemic issue playing out before us every minute of the day on social media.

When people, especially those in positions of leadership, espouse racist remarks, they are telling the rest of us that it is acceptable behavior. It is not.

The actions of an HOA will never save lives, but as we have seen, unchecked racism can spread quickly, and that is what can cost them.

To say we were shocked and appalled by Glenda’s words is to put it lightly. However, rather than expressing the bewilderment and disgust we both felt, we decided to take the “Don’t-Hate-Educate” approach.

Politely, but without backing down, we explained that the Indian culture, in particular, was a chance to celebrate beauty and diversity.

Sticking to her guns, Glenda continued to press her point of view. We kept up the appearance of calm, but quickly and peacefully ended this exchange. After that night, everything changed.

From that evening on, Glenda was distrustful of my wife and I–no more casual conversations or unexpected visits.

Glenda even retracted her offer to help my wife run for the board. All of Glenda’s friends, who previously offered to help with her campaign, disappeared overnight.

One of the major platforms of my wife’s campaign was to make our neighborhood more inclusive. She openly advocated for it on social media, as well as in person when we campaigned door to door.

More than two-thirds of the voting community decided they, too, wanted their community to be more inclusive, and she won the election. Things seemed to be moving in the right direction. Wrong.

Glenda’s disdain for my wife followed her into office. Every proposal, policy, and suggestion she ran on was blocked and/or obstructed by both Glenda and the other board member.

After my wife volunteered countless hours of work for the HOA drafting charters and policies, the board members would routinely blindside her by publicly denying motions they had privately approved of, just hours before.

At the most recent board meeting, the situation came to a head.

Sure enough, when my wife’s items came up; the other board members, who at the last meeting approved her moving forward with all of them, blocked her at every turn, refusing to answer why.

We were flabbergasted. Once again, all this time and effort she spent, not to mention the board having no problem wasting HOA dues paying the neighborhood’s attorney to review everything, was thrown away for the simple, petty reason of obstructing her.

I had enough. When it was time for residents to speak, I made my voice heard, and I called them out for their actions.

For the past six months I had held my tongue about the conversation in our living room with Glenda.

Make no mistake, I wasn’t hiding it, but to support my wife’s endeavors via her position on the board, we both opted to keep it to ourselves.

Instead of starting a war, we would do our best to enact the change we, and an overwhelming majority of our community, wanted. However, at this point, silence was no longer an option.

I wrote a lengthy, yet poignant, response to the board and posted it on our community Facebook page, at the end including the nature of Glenda’s comments in our home a few months prior.

I didn’t bother going into the detail I have in this article, and instead chose to disclose a small snippet of that evening’s events in the hopes that the members of our community would realize it was time to stand up and fight for the neighborhood they supposedly wanted.

Believing that conversation to be the turning point of our relationship with Glenda, I thought it pertinent our neighbors know why she was so passionately driven to discredit my wife’s efforts.

There were many layers in my argument, but in the end, the only thing recognized by the community were the two sentences that mentioned racist comments.

What happened next came as a shock to both of us.

The vocal majority came directly to the defense of Glenda, without exception. Not a single person questioned if her statements were possibly “misconstrued.”

There was no acknowledgement from anyone about the obvious and immediate degradation of the relationship between Glenda and us. Instead, to our utter disbelief, there was steadfast, outright denial that anything of that nature could have ever escaped Glenda’s lips.

Not a single person would even entertain for a minute the possibility the person they’ve known for years could be a racist. Instead, we were the ones shamed. We became the outcasts.

Below is a list of just a few of the things that have occurred over this past week:

This person has also threatened the business we own, as well as our personal and professional reputation, claiming to be sending allegations we know to be false, to the county, state, and media.

As millions march to protest blatant, undeniable examples of racism throughout our country, it’s the ones whispered behind closed doors, the ones not captured on audio or video that can often have the most damaging long term effects on our society.

We chose to speak out against the accepted norm; against the thinly veiled racist practices and actions of our community, and we are now experiencing the ramifications of it.

As the backlash unfolded, my initial instinct was to make it go away and protect my family.

I deleted the Facebook post the day after the backlash, but I’ve felt sick about doing so ever since.

What does it say about me that I would remove that post? My wife and I spoke with our friend, David Fagin, a former HuffPost contributor, and it was suggested that we document our experience with the hope of continuing the conversation, regardless of the ramifications.

Forget about a neighborhood Facebook page. Instead, tell anyone/everyone who will listen about what is happening to us, and, most likely, to many others as we speak.

This is everywhere. We need to stop accepting the oppression and exclusion of the people next door as “the way things are.” That’s how we try to live our lives.

As far as my wife’s seat on the board, after lengthy discussions, we came to the conclusion, rather than spend the next several years being met with incessant opposition simply trying to help a reluctant community, she will resign her position.

Instead, we will both focus our efforts to affect change wherever we can, no matter how small.

I’m not proud that it took me so long to call attention to these racist statements made by a person of authority in my community.

As a white family, we have the privilege to sit back and stay quiet, thinking it won’t affect us directly, but apathy and silence in the face of such behavior only serves to empower it.

Racism and hatred have no place in this world and it’s up to each and every one of us to stand up, speak out, rise up, and make our voices heard.