Regis Philbin Dead at 88: A Personal Remembrance of His Long Career 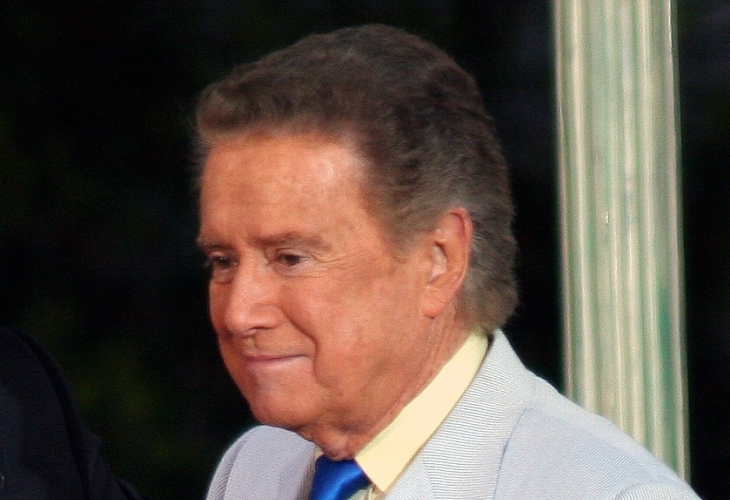 I had met Regis Philbin years ago in Hollywood, while he was the sidekick to Joey Bishop on Bishop’s eponymous late-night talk show on ABC.

Philbin, who died today (July 25) at 88, had also recorded an album for Mercury Records (1968), called It’s Time For Regis. It had done just so-so, but, still, I was instantly a Regis fan.

Instantly engaging, he won me over in a New York-minute. (Sidenote: On that album, he did a version of “Pennies From Heaven” which stuck to him like glue for decades)

When I represented teen sensation Debbie Gibson, I arranged for her to appear on “Regis & Kathie Lee” in 1987 (The show might have still been called its original name, “The Morning Show”).

I had gotten prepared in two days a gold record for Rege for her Out Of The Blue album. Debbie presented to him on the air with wife Joy sitting in as co-host.

I got back to my office an hour later and had received a call from Doug Morris, then the president of Atlantic Records. I couldn’t imagine what he wanted, or, worse, what I had done to merit the call.

When I got to him, he had one simple question: How did I get that gold record so quickly?

Answer: I had worked at the label previously and knew what buttons to push (BTW, an overdue thanks to Victoria Lang, the Atlantic producer who made it happen!).

I wanted to do it for Rege because an earlier appearance on the show he helped make Debbie into a massive worldwide attraction.

I moved to New York, Regis exited the show, and hosted a number of locals shows in Los Angeles, including “Good Day LA” with Cyndy Garvey.

Years later, he re-surfaced in New York City as the host of a show called “Regis Philbin’s Lifestyles.” It was on a cable outlet so small, I don’t even recall the name now.

There, he met producer Michael Gelman, and together the two hatched a plan for what would then become “The Morning Show.” Steve Ober was the original producer.

“The Morning Show” started roughly, but due to Philbin’s perseverance it slowly built a solid following.

“There are no words to fully express the love I have for my precious friend, Regis,” wrote Kathie in an Instagram post of a photo with him.

“I simply adored him and every day with him was a gift. We spent 15 years together bantering and bickering and laughing ourselves silly — a tradition and a friendship we shared up to this very day.”

Of course, a national TV deal with ABC and a distribution deal with Disney’s Buena Vista TV helped immensely.

The beginning of the show, the host-chat, had him re-counting what he did the previous evening … Philbin-style of course. The audience ate it up.

Before long, “Regis & Kathie Lee” was a national hit.

Philbin left the morning talk show in 2018 with a surprise announcement. The news come nearly a year after Philbin, then 79, had hip replacement surgery and three years after open heart surgery.

While he declined to cite a specific reason, he suggested his age was a factor.

“There is a time when everything must come to an end for people on camera, especially for certain old people,” Philbin joked. “It has been 28 years…and what fun we’ve had.”

Regis lived in New York City right next door to Alan Alda and was a major, major presence here.

I saw a lot of him at New York City events, premieres and parties. He was not only always gracious, but also remembered our previous encounters.

His wife Joy, who was Bishop’s secretary back then, was also a delight.

Philbin also owned part of a great restaurant called Columbus, along with a bunch of others, including actor Danny Aiello.

Regis eventually became close with TV’s late-night-king Johnny Carson and often recounted the story of a dinner with Carson … that he got lost going to.

Disney’s Robert Iger could have kept Regis but opted to have him leave.

There’s a plaque at the studio now but amazingly small.

Considering what Regis did for the network, they should have given him anything he wanted. It was a sad end for sure.

His show “Who Wants To Be A Millionaire” was also a huge hit, and revived the prime-time game show genre.

I recall good times with him with the likes of Tony Danza and Chip’s TV-producer Rick Rosner.

His passing at 88 from heart disease is a major, major loss.

There’ll never been another like him. Even Donald Trump just tweeted out a remembrance. A giant for sure!

There are no words to fully express the love I have for my precious friend, Regis. I simply adored him and every day with him was a gift. We spent 15 years together bantering and bickering and laughing ourselves silly—a tradition and a friendship we shared up to this very day. I smile knowing somewhere in Heaven, at this very moment, he’s making someone laugh. It brings me great comfort knowing that he had a personal relationship with his Lord that brought him great peace. I send all the love in my heart to Joy, to his children, to the rest of his family and to the innumerable people he touched over his legendary life. There has never been anyone like him. And there never will be.