Keith GirardAugust 8, 2020CULTUREMEDIA
Fox News, which has played a central role in spreading false statements about election fraud on behalf of President Trump is facing demands for a retraction. (NYI collage)
Home
CULTURE 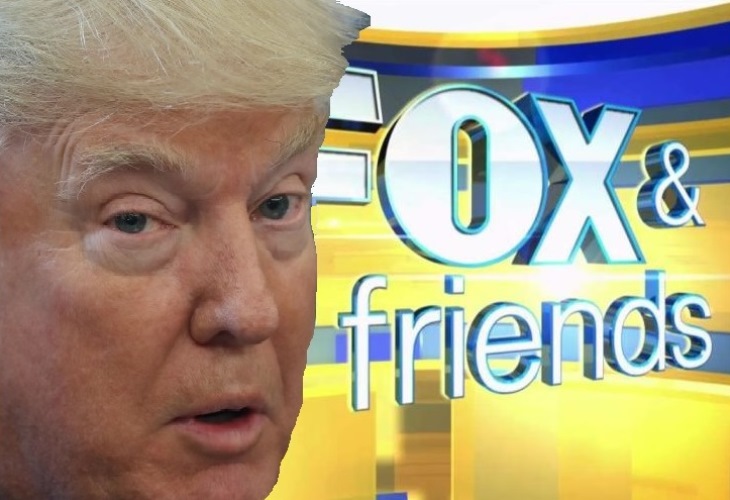 Fox News has gone into hyper drive to back the National Rifle Association (NRA) in its legal fight with the state of New York over allegations of widespread greed and corruption.

New York Attorney General Letitia James filed a wide-ranging lawsuit against the NRA and its controversial president Wayne LaPierre for allegedly misappropriating tens of millions of dollars, with much of it going to fuel LaPierre’s “luxury” lifestyle.

The Washington, D.C. attorney general’s office sued the NRA on Thursday based on similar allegations.

The NRA countered with its own civil suit in Federal District Court in Manhattan, accusing James of defamation and violating its rights to free speech.

“Flags in the background” pic.twitter.com/HCjAqq1fy6

From there it was off to the races at Fox News.

“I don’t know the facts, but on the politics of it, this is one of the dumbest biggest mistakes an attorney general or anyone can make on an election year,” the former George W. Bush White House press secretary told “Outnumbered Overtime.”

The NRA has poured millions of dollars into national political campaigns, including $30 million to help elect President Donald Trump in 2016.

The organization is reportedly under investigation for connections to the Kremlin. And, last year it was mired in an international sex scandal involving alleged Russian spy Maria Butina.

Butina engaged in a campaign to build influence among Republican Party operatives and the NRA with a “guns ‘n tits” strategy. It could have been culled from a John le Carré novel.

The NRA is registered as a charitable organization in the state of New York. It’s required under its non-profit charter to comply with procedures and reporting requirements on how it spends its money.

But the 169-page civil complaint alleges in 18 counts that LaPierre lavished money on himself for such luxuries as private air travel, golf memberships, gifts, luxury shopping sprees and luxury vacations.

He allegedly hid many of the expenditures by laundering them through the NRA’s advertising agency. The agency is headed by a longtime crony.

The “culture of self-dealing,” involved taking millions of dollars for personal use and granting contracts that benefited leaders’ family and associates.

“For nearly three decades, Wayne LaPierre has served as the chief executive officer of the NRA and has exploited the organization for his financial benefit, and the benefit of a close circle of NRA staff, board members and vendors,” the 163-page complaint states.

Fox News quickly went with a full-court press on its news shows.

“It just adds to what is the broader, bigger choice in this election. In [the book] ‘Live Free or Die,’ it’s basically, live free or you’re going to have radicals take over this government,” he told “Outnumbered Overtime.”

Although Fox News talking heads wasted no time accusing James of play politics it was quick to politicize the lawsuit in its broadcasts.

It framed the suit as an attack on the Second Amendment in step with the NRA’s public relations campaign.

“You are literally going to be dealing with the potential confiscation of firearms,” the NRA’s Jason Ouimet told right-wing newspaper The Washington Free Beacon Thursday.

“You’re literally going to be told you can’t carry in certain places. You can’t own certain things for self-defense.”

Of course, Ouimet knows or should know that the U.S. Supreme Court affirmed the right of state and local governments to ban certain guns and enact other gun safety laws in its landmark case, District of Columbia v. Heller.

“If you think there is a threat to your Second Amendment rights before, wait until the Democrats now try to get rid of the organization that represents gun owners,” Fleischer said.

“This, politically, is going to backfire on the Democrats and then of course, as a suit, it’ll play out over years, not weeks. But the politics are playing out immediately,” he said.

Biden has said he supports a ban on the sale of assault weapons, but he has never suggested that the 2nd Amendment should be altered or repealed.

The Fox News show “The Five” was a Biden attack fest, with commentators virtually hyperventilating to tie Biden to the lawsuit.

But Juan Williams, the more moderate panel member, noted that 75 percent of Americans want to ban the sale and possession of assault weapons.

For her part, James doubled down on her action and blasted the NRA for trying to distract from its allegedly illegal conduct with its own lawsuit.

She also took Trump to task for suggesting the NRA reincorporate in Texas.

“While President Trump and others have suggested that the NRA should simply pick up and leave New York in an effort to evade responsibility, I’d remind them that we shut down the president’s own foundation,” she noted.

The lawsuit against Trump’s charitable group recouped millions of dollars in misspent funds and closed down the foundation.

“To be clear, no charity registered in New York state, including the NRA, can dissolve and relocate to another state without approval of my office or of the Supreme Court of New York,” she said.

“As long as our lawsuit continues, the NRA must stay right where it is and answer for their deep-rooted fraud. The facts speak for themselves and our lawsuit will continue undeterred.”

The suit alleges LaPierre, and three of LaPierre’s current or former top executives failed to follow numerous state and federal laws, as well as the NRA’s own bylaws and policies, contributing to the loss of more than $64 million in just three years for the NRA.

Check out “The Five” show below.