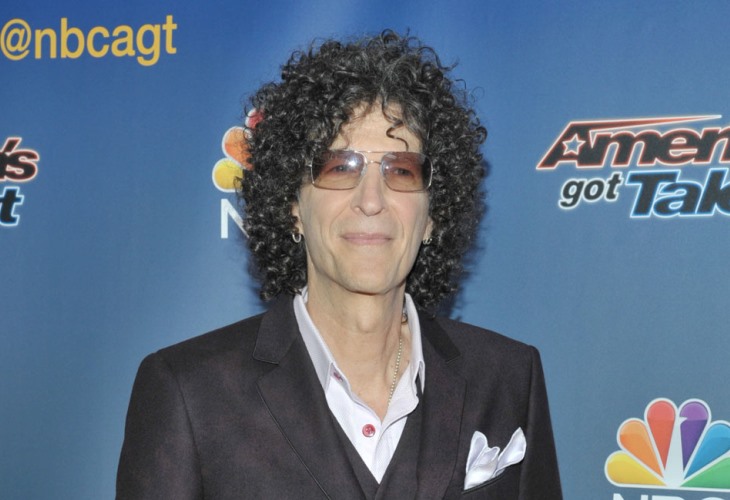 Howard Stern has some advice for long-term friend, Ellen DeGeneres… be a prick. (Photo: Bang ShowBiz)

Howard Stern has the perfect solution for Ellen DeGeneres’ “toxic work environment.” Just go with it. After all, nastiness has worked out well for the shock jock.

DeGeneres, who fostered an image of kindness on the show, actually created a living hell for her employees, according to a number of allegations from current and former staff.

“We’d watch her in rehearsals, smiling and winning us over with her charm and comic timing. Then the director would yell cut, her face would fall, and she’d level a glare at the writers,” the ex-employee said.

“‘Why do you keep writing these unfunny jokes?” she’d hiss.'”

Ellen launched her popular talk show in 2003, but things apparently didn’t get much better.

The Mac Is Back! Mick, Stevie, Christine Recapture Fleetwood Mac Magic on Ellen

Last month, a current employee and 10 former staffers told BuzzFeed they were penalized for taking medical leave, instances of racial microaggressions and fear of retribution for raising complaints.

“Over the course of nearly two decades, 3,000 episodes and employing over 1,000 staff members, we have strived to create an open, safe and inclusive work environment,” they said in a joint statement to BuzzFeed. “We are truly heartbroken and sorry to learn that even one person in our production family has had a negative experience.”

He says Ellen should let her true prick flag fly.

The 65-year-old radio host and long-time Ellen friend told her to “go on air and turn into a son of a bitch.”

He cited his own experience on-air. “I’m known on the air as a prick, but off the air, I’m known as a great guy, you know, for the most part.”

Stern also admitted that as a result of the scandal surrounding his friend’s show, he’s looked at his own and he realized: “You know who’s abused in my workplace?”

To which he answered: “Me.”

Jay Leno recently vowed to stand by the daytime talk show host, who he hailed as “a kind and decent person.”

He tweeted: “I don’t discard a 40-year friendship on hearsay. The Ellen I know has raised over $125 million dollars for charity and has always been a kind and decent person. I fully support her.”

Hollywood legend Diane Keaton, 74, said she always had a fun experience on her show.

She wrote on Instagram: “I ALWAYS ENJOYED MY VISITS TO THE ELLEN SHOW. I’VE SEEN HOW THE AUDIENCE EXUDES HAPPINESS AND GRATITUDE. SHE GIVES BACK TO SO MANY INCLUDING ME. (sic)”

Ashton Kutcher, Kevin Hart, Katy Perry and many more also have her back.

Ellen sent a letter of apology to her staff after Brad Garrett, who appeared on the chat show six times between 2004 and 2007, accused her of treating some people “horribly.”

After the BuzzFeed report, WarnerMedia, which syndicates the show, announced it is under internal review, sparking some speculation the show could be canceled. The company cited recent articles as the reason for the workplace investigation.

Current and former staffers will be interviewed about their experiences on set, according to Variety.