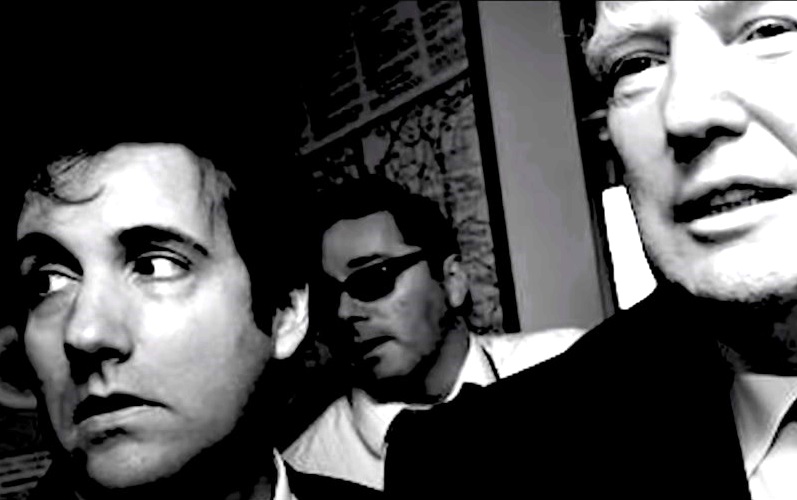 For more than a decade, Michael Cohen was Donald Trump’s, lawyer, fixer and confidante. (Photo: ScreenCap)

The video was released yesterday and is just beginning to get traction on social media.

“For more than a decade, I was President Trump’s right-hand man, fixer and confidante,” says Cohen introducing the video.

“I was complicit in concealing the real Donald Trump,” he adds.

Michael Cohen Coming Clean: Why It Spells Trouble for Trump

He was sentenced to three years in federal prison, but has been serving his sentence on home detention during the COVID-19 pandemic.

He is about to reveal more about his relationship with Trump in a tell-all book due out next month.

The allegation is relevant because it dovetails with a similar claim in the so-called “Steele Dossier.”

Compiled by former British MI-6 spy Christopher Steele, the dossier claims Russian agents taped Trump watching prostitutes peeing on each other during a 2013 stay in Moscow.

The book will include examples of Trump making racist and anti-Semitic remarks in private settings, according to court papers filed in a suit by Trump to block publication. The suit was ultimately rejected.

Cohen was also the catalyst for an investigation by New York Attorney General Letitia James, who is examining the Trump Organization’s finances.

Trump allegedly misled lenders by inflating the value of his assets, the attorney general’s office said Monday in a legal filing.

James is suing to obtain documents from Trump’s company and to compel son Eric Trump to testify under oath. He has so far refused to appear.

The attorney general began the investigation after Cohen told Congress in February a year ago that Trump had used these statements to inflate his net worth to lenders.

In the video, Cohen warns: “I’m here to tell you he can’t be trusted and you shouldn’t believe a word he utters.”

His most biting remarks zero in on Trump’s wealth, his overweening ego and his feigned empathy.

“The President wants you to think he’s rich. But I was tasked with covering up his net worth,” he says.

“And if he says he cares about you and your family — he certainly does not.”

The video filmed in Cohen’s home is simple and straight forward. It alternates between black-and-white and color. He speaks directly into the camera.

American Bridge 21st Century, a Democratic super PAC, produced the 60-second video and has slotted it to air today (Aug. 27) on CNN and Fox News during “Fox & Friends.”

It will air again in the evening ahead of Trump’s acceptance speech, according to The Washington Post.

“Those who know Trump best understand that our country cannot take four more years of chaos and are sounding a clear warning that this president is unfit for office,” American Bridge President Bradley Beychok, told The Post.

“That’s a warning voters deserve to hear, and we’re going to do our part to get that message out.”

Cohen provides this final warning: “I was a part of it, and I fell for it. You don’t have to like me, but please listen to me.”