Keith GirardSeptember 11, 2020CULTURESCIENCE & TECH
The Aurora Fire in California as seen from the air. Thousands of acres have been scorched this year. (Photo: Calif. Bureau of Land Management)
Home
CULTURE 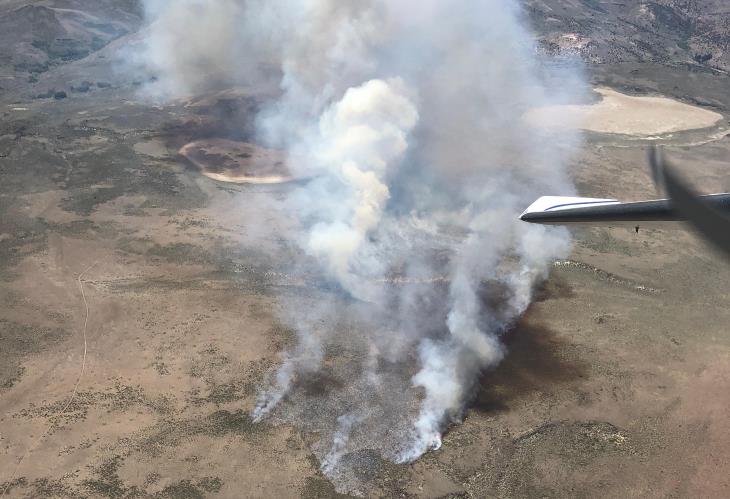 The Aurora Fire in California from the air. Thousands of acres have been scorched this year. Suburban sprawl is a contributor. (Photo: Calif. Bureau of Land Management)

Rampant suburban sprawl is playing an inextricable role in wild fires ravaging the West Coast, the worst in its history.

While the fires are unavoidable, the sprawl is man-made–a product of greed and environmental recklessness.

More than 1.2 million new homes will be built “in the highest wildfire risk areas” of California between 2000 and 2050, despite threats facing the rural areas, according to The Sacramento Bee newspaper.

How Two LA Transplants Were Woke to Petty, Unspoken Racism Amid the Suburban Sprawl

Scientists say local governments should be discouraging rapid growth in the once rural areas. Instead the debate is focusing on building “fire resistant” homes.

“We’re seeing wildfires that have always been a part of the landscape that are now interacting more and more with us – not just because they are getting larger, but because we’re building in wildfire prone regions,” Stephen Strader, a researcher and geographer at Villanova University, told the newspaper.

“If we don’t stop what we’re doing, this is only going to get worse.” 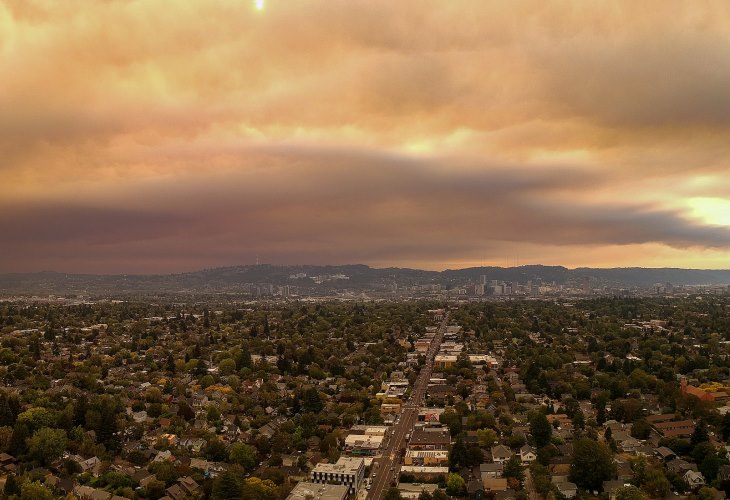 The combustible relationship between suburban sprawl and fires has resulted in untold billions of dollars in property losses, as well as the deaths of firefighters and residents caught in the blaze.

The West’s fire season runs from July through November when hot, dry winds fan the flames.

Through the end of July, 90 percent of Oregon’s wildfires had been caused by humans versus a yearly average of 70 percent, according to the Oregon Department of Forestry.

The increase has been attributed to outdoor recreation due to the COVID-19 pandemic.

In California, the state has been racked by the largest wildfires in its history.

As of this month, 7,694 fires have burned 3.6 million acres, or more than 3 percent of the state’s roughly 100 million acres of land, according to the California Department of Forestry and Fire Protection.

While lightning strikes have been cited as the cause of many fires, the fact is humans are responsible for the overwhelming majority, according to the Insurance Information Institute.

In one highly publicized incident this year, a gender reveal party was cited as the cause of one fire after a fireworks display went awry.

Real estate development in areas prone to fires have been a major contributor to blazes and driven up the cost of fighting them exponentially.

More than 4.5 million U.S. homes were identified at high or extreme risk of wildfire, according to Verisk’s 2019 Wildfire Risk Analysis.

More than 2 million homes are in California alone.

In the latest spate of fires, five people have been killed so far and more than 1,000 structures have burned to the ground.

Thousands have been forced to flee their homes and more than 238,000 people have either evacuated or were ready to go as more thunderstorms threatened to light new fires yesterday afternoon, according to officials.

In Oregon, thousands of residents have evacuated their homes to escape flames, scorching more than 230,000 acres, according to the Institute.

While the cycle of fires is predictable and perennial, Western states have done little to curb development.

Fires have repeatedly swept across heavily populated areas, yet homes continue to be rebuilt and re-occupied… until the next fire.

Susan Gorin, a Sonoma County supervisor, lost her home in the 2017 Tubbs Fire. In all, 22 people were killed.

She built a new house in the same location, and by August, it had burned to the ground, again, in a firestorm, according to Scientific American.

That typifies the attitude of many residents. But it’s wrong-headed and dangerous. What’s worse, nothing will prevent it from happening again.

Home building is only part of the problem. Humans have also contributed to fires through land clearance, debris accumulation, agriculture, grazing and the introduction of non-native plants.

Wild fires have been part of the cycle of life in Western states for thousands of years.

A study published by the National Academy of Sciences found traces of forest fires dating back 3,000 years in the American West.

The study also found a link between climate and fires.

The incidence of fires fell during the Little Ice Age between 1400 and 1700 when the climate was cooler. But fires were more frequent during the Medieval Climate Anomaly between 950 and 1250 when temperatures were higher.

Since the late 1800s, which coincided with a population boom in the West, human activity has played a role.

An abrupt decline in fires during that period laid the groundwork for today’s fires, according to the study.

“Large fires in the late 20th and 21st century have begun to address the fire deficit, but it is continuing to grow,” the study stated.

While forest fires have been unprecedented in scale this year, historical trends suggest they are likely to continue if not grow each fire season.

By allowing rampant development, local officials are setting the stage for even more devastating fires.