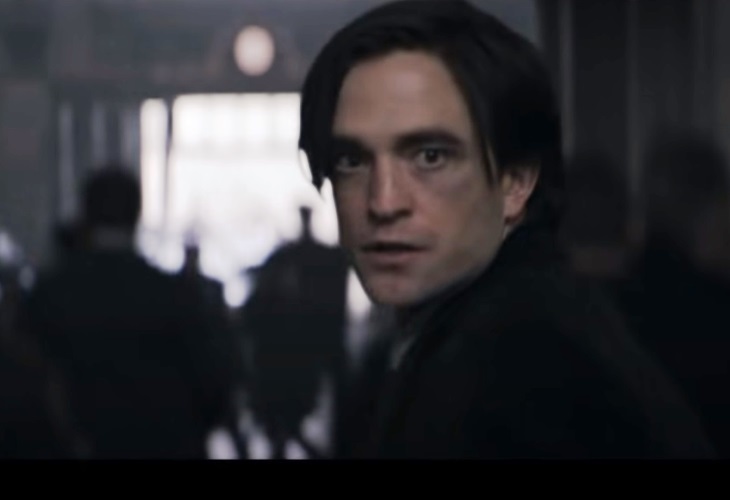 Robert Pattinson was forced to suspend production on his latest movie, The Batman, after contracting COVID. (Photo: ScreenCap)

Seven months in on the new COVID world, we still have no clear-cut plan for the future. I heard this past weekend, that live entertainment may not be back until the Fall of 2021 … if at all.

We wondered what scores of entertainment industry players across-the-board have been doing and thinking.

The entertainment industry is at an almost complete standstill.

As of this writing Matt Reeves’ “The Batman” started production a few weeks back, only to have their Batman, star Robert Pattinson, come down with the COVID virus.

As I write this Dick Wolff’s “Law & Order: Special Victims Unit” is to start filming, with an episode titled “Remember Me In Quarantine,” a takeoff on the COVID pandemic.

We did a rather informal look around with some of our favorite players and asked how they have been coping. Most are doing well; some… not so well.

Gwen Stefani: The ska singer’s relationship with country singer Blake Shelton has been “stretched to the limit” during quarantine. An insider claims the 50-year-old singer and Blake, 44, are going through a rough patch after spending most of the coronavirus pandemic at his range in Oklahoma.

The source told Us Weekly magazine “they feel suffocated and stressed.”

It has also been reported that the issues between the couple are a result of them moving into a new family home in Los Angeles. “Friends say this move has turned into a nightmare. This is the toughest period they’ve had so far without a doubt.”

The couple – dating since 2015 – finally moved into their new home in Los Angeles earlier this month after buying the property in 2019. Gwen was reportedly keen for her kids with ex-husband Gavin Rossdale — Kingston, 14, Zuma, 12, and Apollo, six– to move in ahead of the new school year.

“Gwen wanted to be moved in for the start of the school year, even though the kids are doing school at home because of COVID-19.” The ‘What You Waiting For?’ hitmaker and Blake each have a room to themselves in their new pad.

Monkee Micky Dolenz: He was to have started a tour in April with fellow Monkee Michael Nesmith. A live recording culled from shows last year still came out, but now, Dolenz is in a studio recording a new album of songs by Nesmith, albeit with COVID-compliant precautions.

Mark Bego: The celebrity biographer is finishing up a new book on “Band of Gold” singer Freda Payne. Books are one sector that hasn’t been immediately affected.

Says Bego: “Being locked in my house for months has forced me to tackle some long overdue projects like organizing my vinyl record collection, perfecting baking bread and trying new recipes for my next cookbook (Bego’s “Eat Like A Rock Star” is being re-released this November.

“Writing has been a great way to stay busy and productive. That being said, there were also countless hours in front of Netflix! I seriously think that it has been my doing creative projects like painting and writing that has gotten me through this pandemic without having a claustrophobic melt-down!”

“I think after the initial shock and shutdown, everyone has pivoted accordingly. Broadway, with almost 100,000 out of work and the clubs and arenas, have been hit the hardest,” he says. “When they return, it will be a severely different to platform, to which PR-firms, myself included, will have to adapt.

“The media who we deal with on an almost hourly basis has, in a sense, hit the wall with COVID and are actively looking for new stories, new artist and new news. So, the market is ripe for new acts and new music.”

Vic Kastel: The Singer/songwriter, in July, released his first album (Time Traveler), with some songs recorded back in the ’70s. Now he’s writing new material and doing selected ZOOM-concerts. “In an odd way, the audience is more available and eager than ever before. I wondered how releasing the album would be in the new normal and surprisingly, it’s been terrifically encouraging.”

Robert Miller: His band, Project Grand Slam released a new album titled East Side Sessions over the summer along with four videos in advance of the release. Last week, he debuted a new video (a version of The Beatles’ “I Wanna Be Your Man” re-titled “I Wanna Be Your Girl,” with a yellow submarine.

Says Miller: “The pandemic hit all musicians hard and PGS was no exception. We had several festival appearances lined up plus a European tour. Unfortunately, all were canceled.

“But creativity continues. We were fortunate in that we had recently completed our new album, East Side Sessions, before the world ended. Although we couldn’t play live in support of the album, I decided that we could make and release videos of several of the songs. The tricky part is that the videos needed to be done remotely because the band members were all in different locations.

Miller also started a long in-the-works project, a solo album. “This time around I decided to sing all the songs myself, including three-part harmony on some of the tracks. “The album, tentatively titled Summer Of Love (2020), captures the ups and downs that I and everyone have experienced over the last six months due to the pandemic. The one overriding theme of the album, however, love. Love heals.”

Andre Ginnane: The author, whose “The Adventures of Sal

,” is an out-of-the-box hit from Yorkshire Publishing. It’s an interactive children’s book about a boy and his friends exploring the world around them (with experiences suggesting that children are far more alike than different).

Keith Girard: The author and publisher of The New York Independent and other web magazines has been spending time in lockdown working on his second novel, a science fiction epic that’s a reflection of today’s society set in the future. His first book, The Heidelberg Conundrum

continues to sell on amazon.com

“The pandemic has been a little easier for me, because I worked from a home/office before it hit and have more or less continued my usual routine during the lockdown,” Girard says.

“But there’s no question that it has shaped my views and provided the inspiration for my latest book.”

Jodie Turner-Smith: The ‘Queen & Slim’ actress and her husband Joshua Jackson welcomed daughter Janie into the world in April. Jodie says staying home in Los Angeles due to the coronavirus pandemic was a blessing because it gave her the opportunity to “learn” how to be a parent.

She told Vogue magazine: “I had to learn how to breastfeed and how to be a mum–it really worked out for my baby.”

Jodie’s mother also moved in for three months and the actress found having her and ‘The Affair’ star around was a “comfort.”

“But what did make sense, inside of that, was the love of my family.”

Little Mix will have a busy end to the year, after it was revealed their talent show “The Search” will air on BBC One this autumn. The show had to be pushed back as a result of the coronavirus pandemic.

The group will create bands and become mentors to a new wave of talent. Wannabes who make it into the new groups will gain access to Little Mix’s inner circle, such as vocal coaches, songwriters and producers.

Jade says the group will ensure they “take care of” the talent show’s contestants and look after them through the journey.

Noel Gallagher: The cranky Oasis rocker refuses to wear a mask to protect against coronavirus, because he believes only he will suffer the consequence if he picks up the potentially-deadly illness.

Wearing a face covering in places such as shops and public transport is currently law in the UK, but Noel has boldly claimed the legislation is “not a law,” (say what?).

Noel, 53, also hit out at the small print in the UK law that says people don’t have to wear a face covering if they are eating or drinking.

Harry Styles: The One Direction singer has postponed his entire 2020 world tour due to COVID. The ‘Watermelon Sugar’ hitmaker was due to play in South America, Mexico, Australia and New Zealand this year, but because of the ongoing threat of the virus around the globe, the dates have been cancelled. However, the One Direction star hopes to make it up to fans next year.

Harry tweeted “Everyone’s health and safety remains our top priority, which is why I unfortunately have to postpone all 2020 shows in South America, Mexico, Australia and New Zealand until further notice. I really hope to play the shows as planned for 2021 but will continue to monitor the situation over the coming weeks and months. I can’t wait to see you all on the road as soon as it’s safe to do so.”

Harry had already rescheduled the ‘North America’ leg of the tour until next summer, with the run now set to kick off on August 14 and wrap on Oct. 31, 2021.
Meanwhile, fans might not have long to wait for new music from the ‘Kiwi’ singer – who released his second solo album, Fine Line, last year. He’s been using his time off the road to pen a lot of new material.