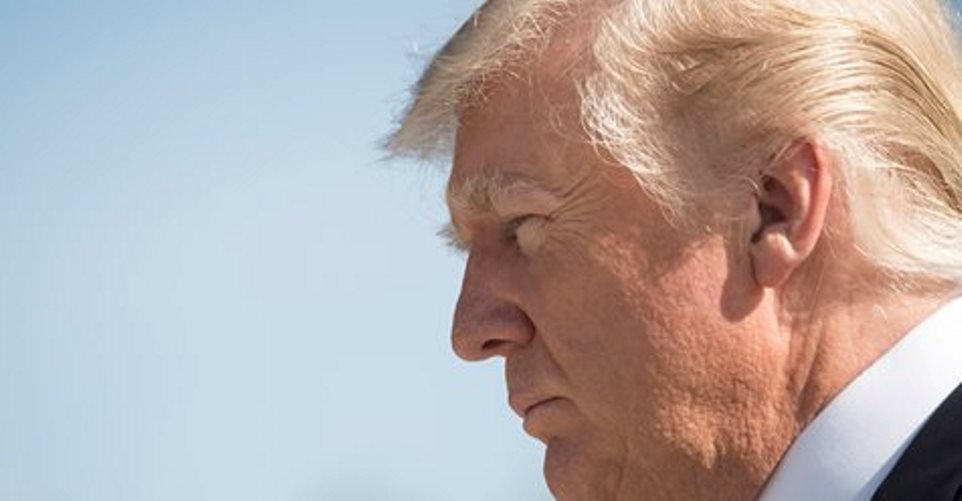 Donald Trump failure as president has been brought into focus by the COVID-19 crisis. (Photo: Getty)

Who is Donald Trump? Where does the man end and the myth begin? Were they ever separate, or always the same?

There can be only one reckoning; dusty history will decide. But, the drama! Now that’s something else. That’s art!

“Vanity, cried the Bishop in the Robert Browning poem. “Vanity!”

The deathbed often unravels secrets. This bishop should have been rejoicing a life lived piously. Instead, he was riven by fear, regret, pettiness and sin.

Such are the cruel indignities of impending death.

Is Donald Trump about to cross that threshold? We do not know. But we do know this: He is in the twilight of his life.

He is a sick man, battered by his failings, so brutally on display, and facing the imminent crumbling of his ambitions, his legacy, and most of all, the myth that shielded and empowered him.

So much dust to be separated, categorized and stored away.

So the question is this: Is he a man or a myth? One or separate?

Trump made a gallant play against the dreaded COVID-19 virus. It continues to roil the country. More than 200,000 are dead; many more are dying.

Most of its victims share his age group and co-morbidities, if not the Herculean medical treatment that put him back on his feet.

His triumphant return to the White House after just three days in the hospital was nothing short of a tour de force. For a moment, the myth still reigns.

Yet, the façade couldn’t completely mask the reality. His gallant words were punctuated by breathy gasps he could not conceal.

He looked tired, stooped, possibly in pain. A caldron of virus boiled inside, pouring out on anyone who ventured too close. How many had he already infected? Ten? A dozen? More?

Meanwhile, his toadies are doing their best to prop up the myth. They carry it on their shoulders. Are they pallbearers, waiting their turn at the cold brass rungs?

They celebrate his strength, laude his quick recovery and praise his grit. He took a bullet for the nation and survived.

Doctors and health experts aren’t so sure and the polls are casting him as an ignoble one-term president.

The myth and the man are in mortal danger. So let’s begin.