Fred Trump, was cold and stern as a father, yet also doting. He was determined to teach his indifferent son how to make a buck.

There is no understanding Donald Trump without understanding his “malignantly dysfunctional family,” according to niece, Mary Trump, who has made a book out of it. 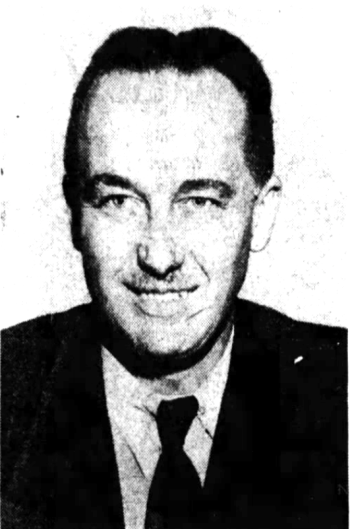 Fred Trump (circa 1950). He bailed out his son throughout his life. (Photo: Brooklyn Eagle)

Fred had lived a hard-scrabbled life growing up the son of immigrants. It turned him into a ruthless workaholic. He slept four hours a night and was driven by money, she says.

He made tens of millions of dollars in the ’50s and ’60s off a federal program that earmarked funds for low- and moderate-income housing in New York’s outer boroughs.

At its height, Fred’s empire encompassed 27,000 apartments and row houses in Queens and Brooklyn. But Fred had a darker side that would leave an indelible mark on his son.

In 1963, Donald was 17, a year away from enrolling in Fordham University in the Bronx.

He still lived with his parents in Queens and spent much of his free time touring construction sites in his father’s Cadillac, driven by a black chauffeur, The New York Times would report.

“His father was his idol,” Stanley Leibowitz, one of Fred’s rental agents told the newspaper. “Anytime he would come into the building, Donald would be by his side.”

Perhaps it was just a sign of the times, but Fred had a strict policy–no blacks were allowed in his apartment buildings.

But Fred’s empire was too big to ignore. Activists had complained for years about his practices and finally caught the attention of the Justice Department.

In 1973, after holding fast to its policy for decades, Trump Management was sued for discrimination. Both Fred ,the company’s chairman, and Donald, then its president, were named as defendants.

It was a major national news story. Housing discrimination had become a major battleground in the fight for civil rights.

Donald was thrust into the limelight for the first time. He was recalcitrant and belligerent. He called the suit “ludicrous” and fought it tooth and nail. He even countersued for $100 million. He waged a two-year legal fight.

But Trump Management eventually settled the case with a consent decree. It did not admit guilt but promised to open its housing to all races. Still the case would linger until 1982 over alleged violations of the legal settlement.

His character had been shaped at an early age. Young Donald was used to having his way.

He grew up a son of privilege. By age 3, the toddler was earning $200,000 a year in today’s dollars from his father’s empire. He was a millionaire by age 8, according to The Times.

He lived in a 23-room, nine-bathroom mansion in the leafy middle-class suburb of Jamaica Estates. That fact, as well as others, would come back to clutter his myth later.

Fred showed little interest in his five children other than grooming one of them to run his property business.

Donald was recalcitrant, rebellious, a troublemaker, known for his “arrogance and bullying,” says Mary.

His sister, Maryanne Trump Barry, recalled the ease at which he could lie and cheat. Those traits were innate in him and probably Fred, too.

“He was a brat,” Barry lamented.

Fred, however, refused to give up on his son.

He packed him off to a military academy determined to mold him in his own image.

“My legacy has its roots in my father’s legacy,” Donald would later say in an interview a year before he ran for president.