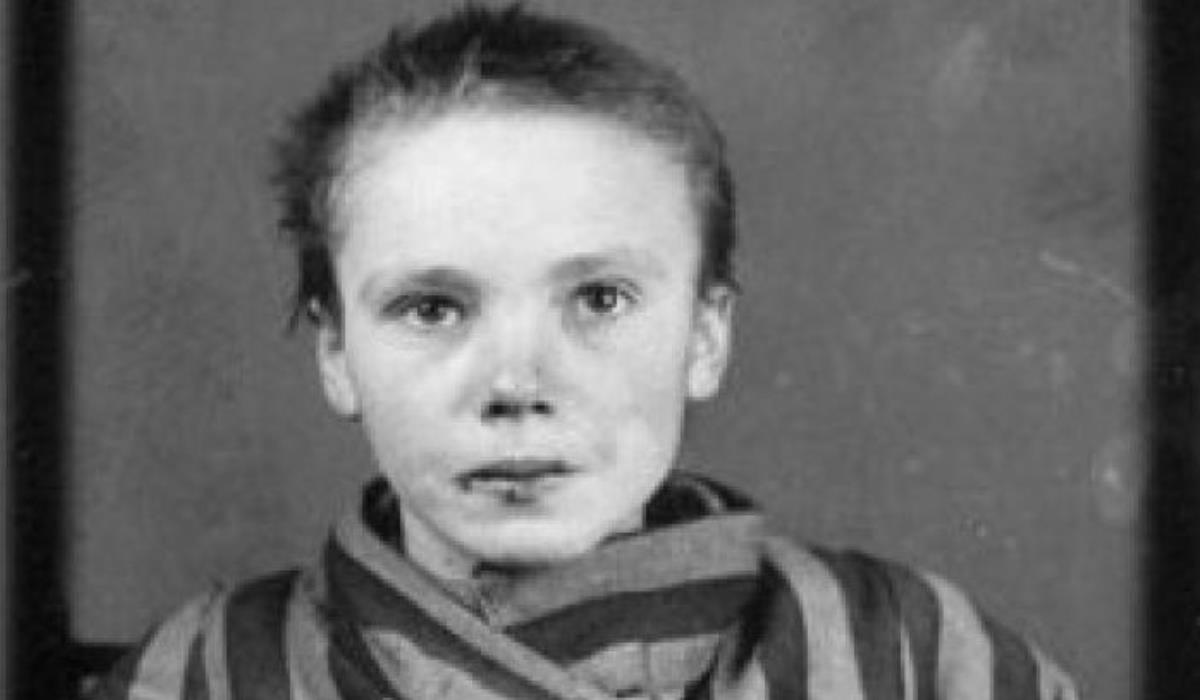 Czeslawa Kwoka was just 14-years-old when the Nazis executed her in 1943, but her photographs remarkably survived World War II and have since come to represent the children slaughtered at Auschwitz.

Polish photographer Wilhelm Brasse, who was also interned at the camp, captured the image. He was ordered to photograph inmates for Third Reich’s concentration camp records.

When the war seemed lost, Brasse was ordered to destroy all evidence of the photos, but he and fellow inmate darkroom worker Bronislaw Jureczek secretly salvaged some of the images.

Among them were Kwoka’s haunting photos.

Her innocence is reflected by her youth, but palpable fear is etched on her face, which also shows the terrible abuse and deprivation she must have suffered before her death.

Czeslawa was terrified, looked beaten, did not speak German, the language of her executioner, and must have been confused and resigned to her fate. Her mother had been executed only a few days before.

According to some accounts, she died Feb. 18, 1943, from an injection of phenol, also called carbolic acid, directly into her heart. It’s considered extremely toxic to humans.

An estimated 230,000 children and young people were deported to Auschwitz during the war. The majority, an estimated 216,000, were of Jewish descent.

More than 11,000 children came from Romani families, while others were Polish, Belarusian, Ukrainian, Russian, or other ethnic backgrounds, according to The Auschwitz-Birkenau State Museum’s Centre for Education.

Kwoka was one of more than 20,000 inmates photographed for camp records. No more than 650 of them survived until liberation.

Although Holocaust Rememberance Day will feature a number of living survivors, Kwoka, more than anything, speaks for the dead.

In all, more than nine million people were slaughtered in the Nazi Holocaust.

An estimated six million were Jews from all over Europe, but others were of different religions and ethnic groups, among them Cathlolics, gypsies, intellectuals and political dissidents.

Kwoka, who was Catholic, was born in 1928 in Wólka Złojecka, a small Polish village in what became German-occupied Poland. She was arrested along with her mother Katarzyna Kwoka and sent to Auschwitz on Dec. 12, 1942.

Not much else is known about her background, but the Nazis began targeting Polish citizens more than a year before their invasion in 1939.

Because she was not Jewish, it’s possible Kwoka was arrested as part of a large-scale retaliation against her rural village for suspicion of aiding the resistance or hiding Jews.

Seventy-five villages were razed in these operations. Poland was the only country in occupied Europe where the penalty for hiding a Jew was death for everyone living in the house; other laws were similarly ruthless, according to war histories.

She may also have been rounded up as part of the Nazi’s plan to completely remove the indigenous Polish population to make way for settlement by German military and civilians under Hitler’s policy of Lebensraum, or growing space.

The Catholic Church was also brutally suppressed in the annexed Polish territory, which also may explain her arrest.

More than 2.5 million Poles were expelled and up to 928,000 were executed, according to the Bulletin of the Institute of National Remembrance in Poland.

As it turned out, Brasse testified against Kwoka’s executioner after the war. He recalled his experience photographing Kwoka specifically in his work “The Portraitist.”

On the 75th Anniversary of her death, the photographs were colorized by Marina Ameral and published by the museum.

Today, Czeslawa’s photos are featured in a memorial display on a wall in Block no. 6: Exhibition: Life of the Prisoners, at the Auschwitz-Birkenau State Museum.

To learn more about the holocaust, MTV is airing a special, “The Hate We Can’t Forget: A Holocaust Memorial Special,” internationally today, Jan. 27, and in the United States on Monday, Jan. 31, at 10pm.

Another special, “Undeniable: The Truth to Remember” airs Saturday, Jan. 29, at 8pm on CBS before streaming on Paramount+ and CBS News Streaming Network, according to Deadline.

It follows Holocaust survivors who share their harrowing stories with a diverse group of students from Hastings High School in Houston, TX, a school that does not traditionally teach the history of the Holocaust.

The personal remembrances of these survivors lead these Texas teenagers to embark on an emotional journey of learning and discovery, the online site reported.