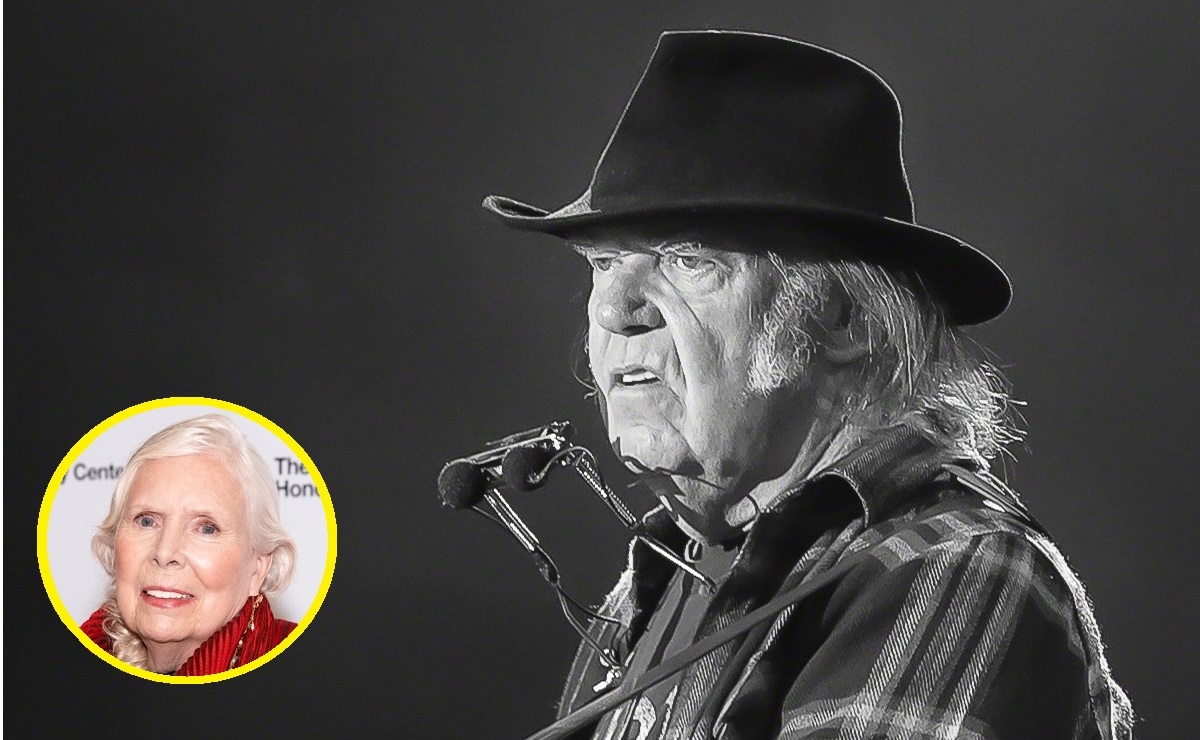 Spotify is on the spot.

Joni Mitchell, a 60s-era folk/rock icon joined another rock legend, Neil Young, and has asked the music service to pull her songs in protest of hard-right podcaster Joe Rogan.

“Irresponsible people are spreading lies that are costing people their lives. I stand in solidarity with Neil Young and the global scientific and medical communities on this issue,” she wrote on her website.

In a flare up of ’60s-style protest, Young, 76, asked the music service to pull his music or stop hosting Rogan’s podcast.

The hard-right commentator, who has been accused of spreding vaccine misinformation, was sanctioned by the video streaming service YouTube earlier this month.

Rogan episode was ditched on his podcast, “The Joe Rogan Experience,” which featured Robert Malone, a controversial doctor who compared the U.S. response to the pandemic to the rise of Nazi Germany in the 1920s and ’30s.

Malone also claimed that “mass formation psychosis” is responsible for people believing in COVID-19 vaccines and said hospitals are making money by falsely attributing deaths by other causes to the coronavirus.

The podcast also prompted 270 doctors, physicians, and science educators to urge Spotify in a letter to take action against COVID misinformation like Malone’s interview.

“By allowing the propagation of false and societally harmful assertions, Spotify is enabling its hosted media to damage public trust in scientific research and sow doubt in the credibility of data-driven guidance offered by medical professionals,” the doctors wrote.

Young posted a letter briefly on his website last Monday (Jan. 25) asking the serive to remove his music or stop hosting Rogan. Rolling Stone picked up the missive and the story has snowballed since.

Young wrote that Spotify was “the home of life threatening Covid misinformation.” Then added: “Lies being sold for money,” which, ironically, could be the title of his next song.

The service was hit hardest where it counts–its stock market value. It’s shares tumbled by 12 percent this week exceeding overall losses of major indexes. In all, the company saw its market value shaved by $3 billion. Shares have since rebounded modestly.

The steaming service reportedly is paying Rogan $100 million for exclusive rights to his podcast, according to Rolling Stone.

He is their most popular podcaster and his spiels are widely shared by right-wing social media and news media sites.

In the face of all that, Mitchell, 78, joined the fray.

Her action not only reinforced Young’s, but turned the issue into a full-blown social media frenzy. Many fans said they were canceling their subscriptions.

Young and Mitchell are old colleagues. They played together extensively during the 1960s and 70s when both were major rock acts. They still command large followings today.

As part of the youth counter-culture movement, they wrote a number of protest songs that went on to become classics.

Mitchell has 3.7 million monthly listeners, with two of her songs — “Big Yellow Taxi” and “A Case of You” drawing more than 100 million streams, according to The New York Times.

One of her seminal albums, Blue just marked its 50th anniversary.

Young made clear on his website, yesterday, that the issue wasn’t about free speech.

“I support free speech. I have never been in favor of censorship. Private companies have the right to choose what they profit from, just as I can choose not to have my music support a platform that disseminates harmful information,” he wrote.

In 2020, Young garnered headlines with an open letter to President Donald Trump, calling him a “disgrace to my country.”

He also filed a copyright infringement lawsuit against Trump’s reelection campaign for the unauthorized use of his music at campaign rallies.

Young has since urged his fans to switch to Amazon’s streaming music service, which just happens to be running a special promotion.

Whether other artists join the protest remains to be sceen, but spotify is definitely on the spot, with no easy way to end the controversy.