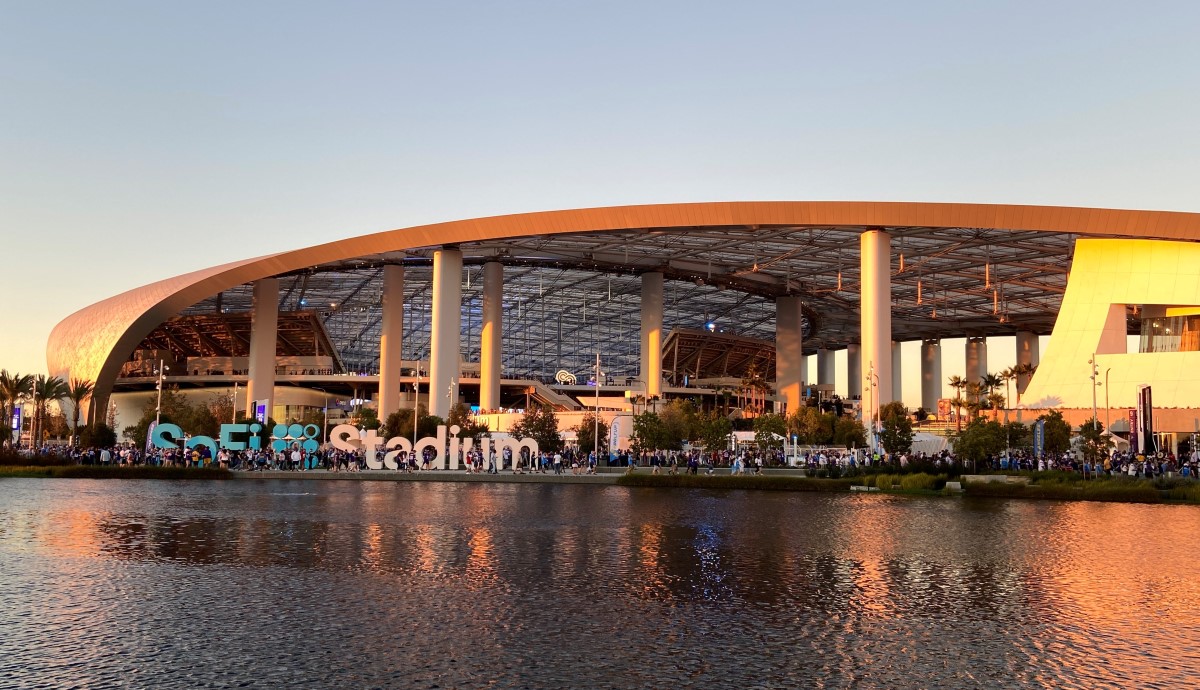 SoFi Stadium in Los Angeles will be the site of Super Bowl LVI. (Photo: Troutfarm27)

Super Bowl LVI is causing scammers and sketchy sites to flood the Internet, trolling for footballs fans who can bet online for the first time on a major sports event.

The offers sound like free money, but often come with strings attached unbeknownst to bettors, according to New York Attorney General Letitia James.

“I urge all New Yorkers watching the Super Bowl and betting online for the first time to be careful — don’t let scammers game your gamble,” James warned today in a statement.

“Before placing a bet, do your research into the platform, read the fine print of the offer, and follow our other tips to avoid any red flags and keep the odds in your favor,” she added.

The Los Angeles Rams will play against the Cincinnati Bengals for the trophy on Sunday (Feb. 13) at 6:30pm on NBC.

James said her office will be on the lookout for shady online sports betting operations. They “can expect to hear from my office,” she said.

The sits accept bets through websites or mobile apps for a variety of sporting events.

The best protection is caveat emptor, that is, buyer beware.

James urges football fans to protect themselves the following ways:

1) Learn what other users are saying about the platform
2) Read the consumer reviews on sites like the Better Business Bureau (BBB) and Trust Pilot.
3) Avoid reviews from sites that may be connected to the sports betting industry.
5) Read the fine print on bonuses and other promotion
6) Beware of unexpected restrictions on accessing your account.
7) Place a limit on your betting and cap losses.

Platforms sometimes require users to gamble their own money before accessing the bonus they advertised.

One platform advertises enrollment bonuses up to $1,000, but to actually receive that much, users have to play through $25,000,” her office found.

Another platform excludes bets “placed at tournaments … or at play money areas” from counting toward some promotions, and other platforms have even more conditions.

Some platforms are offering “risk-free bets” of $1,000 or more (depending on how much a user deposits).

But if a user loses their bets, you don’t get your money back. Instead, it becomes a credit that can only be used to gamble more on the platform.

Many users sign up for gambling platforms because they want to take advantage of a good deal — the advertised bonus — without spending too much money.

But at least one gambling platform treats “exploiting bonuses” as an offense.

It has a long list of activities it considers suspicious, and if you engage in them, it may prevent users from cashing out account funds and/or withhold any winnings derived from the gambler’s use of the bonus, the AG’s office warns.

Many online sites reserve the right to restrict a user’s activity without warning — not just for suspicion of illegal conduct, but also for seeming to have an “unfair advantage” or “irregular playing patterns.”

Users have posted complaints online about their accounts being frozen when they’re doing well or when they’re trying to withdraw winnings.

“Hedging strategies” are often flagged. That’s where an online gambles might place bets on opposite sides of the same game.

At least one platform treats hedging as a violation of its policies, and it will block users from withdrawing their funds as a penalty.

Users report battling red tape or simply being ignored when they want to withdraw funds from their account — even if the funds are just their original deposit, with no winnings or bonuses involved.

If gambling is a problem for you or someone in your life, James urges you to seek assistance. Here are some resources that might be able to help:

The above image is licensed under the Creative Commons Attribution-Share Alike 4.0 International license.