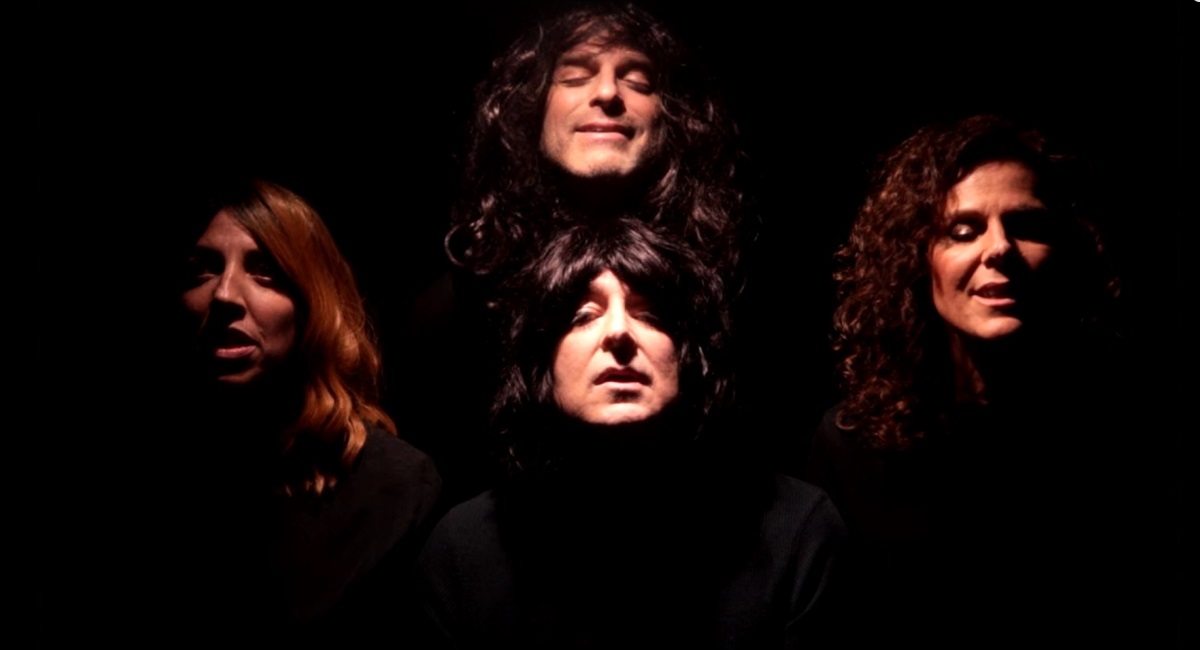 The first thing to go in an autocracy is freedom of the press. The second is satire.

Back on Nov. 10, 2016, after vomiting uncontrollably for most of the night, I decided to use my so-called skills as a writer/musician, as well as the Borscht Belt-style wit instilled in me by my folks, to relentlessly mock the Asshat-in-Chief, Donald J. Trump.

Over the next four years, a few friends and I would write/produce/animate these little videos that ultimately went nowhere.

Mostly it was because I’m about as proficient at social media as I am at time travel – but they were extremely cathartic to myself and those around me.

Following Biden’s victory, and the Dems flipping both the House and Senate, my only lament was that we’d no longer have the steady flow of insanity to openly mock.

Boy, was I wrong.

After our latest animated short – we try and keep them under 2:20 due to Twitter’s pathetic upload policy – mocking Sens. Joe Manchin’s and Kyrsten Sinema’s reprehensible rejection of the Voting Rights Act and was retweeted by the one and only Cher.

The question was what to do next?

Watching a late night episode of MSNBC’s Rachel Maddow, in which she was lambasting the GOP’s latest attempt to defend the Capitol rioters, I decided to see how far I could go lampooning these miscreants

This time, I chose the Queen classic, “Bohemian Rhapsody.” My cover band plays it at our gigs, and the crowd goes nutso, so I figured I’d give it a shot.

I assumed I’d only make it about two or three sentences before running out of gas, as words like “Bismilah,” “Gallileo” and “Magnifico” would pose quite the daunting challenge to rhyme against.

I thought there was no way I could come up with anything that would remotely fit, phonetically, but, to my surprise, the lyrics/images came pouring out like water from a busted inner city hydrant on a hot summer day.

I basically had the entire song done in about an hour.

Incidentally, my poor girlfriend who had to be up at six a.m., kept telling to ‘shut the fu*k up!’

I couldn’t help but laugh out loud every few minutes as each phrase would pop up, i.e. “Mike Pompeo’s in a boat,” “My Pil-low”, etc. etc.

Once finished, I immediately realized there was no way an animated video would do it justice.

This had to be shot live with an actual band.

I sent the lyrics to my buddy Dave Silver, a major Trump h8r who runs Alphawave Studios in Whippany, NJ, and he immediately said “Let’s shoot this!”

Now, for the band. Only one of my fellow bandmates was willing to do this, our guitarist, Gina, who, fyi, does a note-for-note reproduction of Brian May’s solo.

After recruiting my ‘up-for-anything’ manager, Kelly, and our actor friend Tony, the band was complete.

But, what about the audio? How in the heck were we going to reproduce the operatic sound of a song that utilized over a 180 vocal tracks?

I phoned my friend Alan Camlet who runs Hoboken Recorders in, you guessed, it, Hoboken.

He jumped at the challenge, and, after convincing a few friends, i.e. comedian/musician Dan Nainian and my partner in “Good for the Jews,” Rob Tannenbaum, to sing back-ups, we began tracking.

But getting a song in which you’re singing completely different words than the thunderous karaoke backing track was no easy task. Alan did an amazing job.

The day before the shoot, the only thing missing was the white baby grand piano.

How in the world can you shoot a parody of “Bohemian Rhapsody” without one?

A regular keyboard would look totally silly, so we scoured the tri-state area for a white piano shell and absolutely no one had one. Nor did anyone have an actual white baby grand to rent.

Literally hours before the shoot I posted a shout out on Facebook and piano store owner, David Estey, a complete stranger, messaged me and said, “I have a white baby grand, but it’s a piece of shit.

“If you can get it out, you can have it, but I don’t ever want to see it again.” Done. A few Craigslist movers later, and the piano was on stage at Alphawave.

Considering the disastrous shoots I’ve been involved with, to my surprise, this one went amazingly smoothly–even down to Gina loaning me her favorite blouse.

Many kudos to Dave Milone and the production crew for somehow managing to make us look “almost” like the original video.

Check out the video below, it’s hilarious: