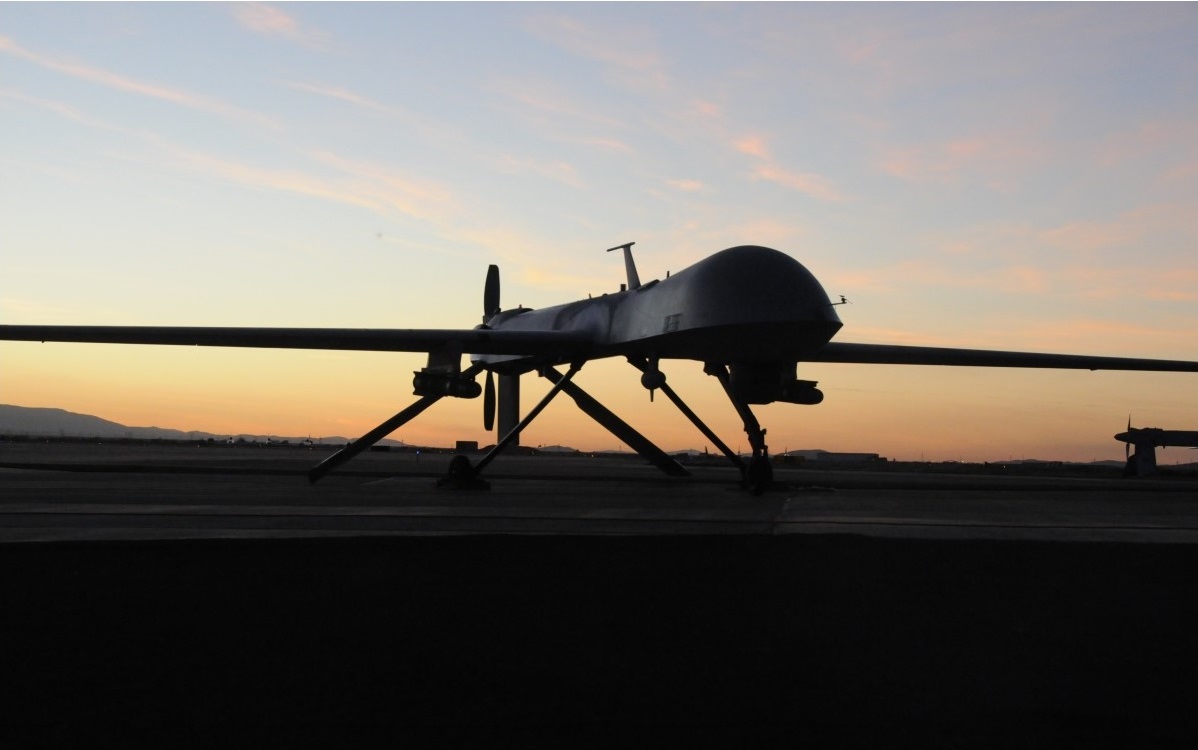 The U.S. MQ-1B Predator is remotely piloted aircraft that can take out tanks with precision-guided missiles. (Photo: U.S. Air Force)

Precision weapons, drones and electronic command and control will be tested for the first time in large-scale combat and pose a serious threat to Russia should it attack Ukraine.

While NATO countries are arming Ukraine with sophisticated defensive weapons, the Russians appear to be relying on Soviet-era, 20th century tactics, using tanks and other armor to spearhead an assault.

Russian tactics are reminescent of mass tank formations from World War II, but tanks are particularly vulnerable on a 21st Century battlefield and would face serious challenges in Ukraine.

Although Russia boasts a formidable armada of tanks–as many as 12,000 according to some estimates– most are ’80s-era T-72s and T-80s which are largely obsolete. 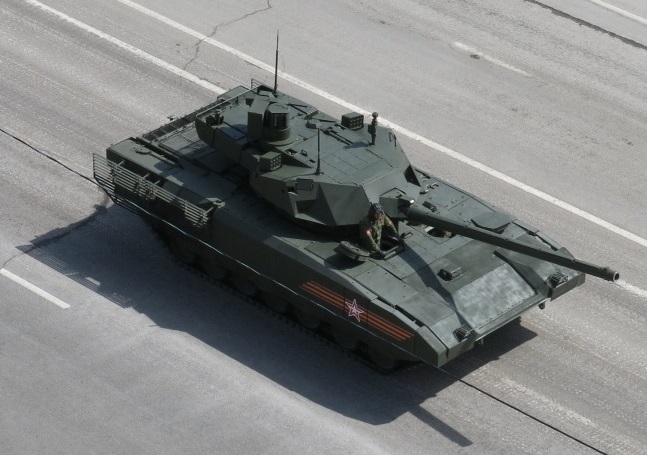 Production and fiscal shortfalls have delayed production pushing out to 2025 at the earliest its planned roll-out of 2,300 T-14s, according to military references.

In the United States, the Marine Corps is eliminating all of its tanks and most of its artillery to become a smaller, lighter force.

Ukraine: If Not Here, Where? If Not Now, When? Russia Must End Aggression

Instead it’s relying on long-range precision munitions launched from the back of light tactical vehicles (JLTV) to destroy enemy tanks from longer ranges, according to the U.S. Naval Institute.

The U.S. Army is also rethinking its use of main battle tanks like the M-1 Abrams, which has been a mainstay since the first gulf war in 1991.

In the not too distant future, the main ground vehicle providing the mass of firepower on the battlefield may look nothing like the tank, Brig. Gen. Ross Coffman, director of the Army’s Next-Generation Combat Vehicle Cross-Functional Team, told The Army Times newspaper.

Of course, that kind of thinking hasn’t stopped the United States and NATO allies from beefing up its armor units, including heavy tanks, on the Eastern flank of NATO.

But military planners are acutely aware of the tank’s limitations and vulnerablity.

For one, tanks are expensive and complicated machines that are prone to breaking down and require a long supply chain to keep them fueled and running.

Beyond that, tanks and armored vehicles are easy targets for drones armed with precision-guided missiles, which are changing the face of modern war.

A tank is vulnerable to a top-down attack because that’s where the armor is thinnist.

The U.S. MQ-1B Predator, widely used in Iraq and Afghanistan, is an armed, multi-mission, medium-altitude, long-endurance remotely piloted aircraft that’s armed with precision-guided weapons that can take out tanks, according to the U.S. Air Force.

“It provides a unique capability to perform strike, coordination and reconnaissance (SCAR) against high-value, fleeting, and time-sensitive targets,” according to the military arm.

In addition, shoulder-fired anti-tank weapons are much cheaper and more effective than ever. The latest anti-tank missiles can knock out a tank with one shot.

The U.S made Javelin anti-tank missile is a portable, fire-and-forget weapon that uses an infrared guidance system to seek out its target, allowing the user to seek cover immediately after launch.

Ukraine has been supplied with thousands of next-generation Light Anti-tank Weapons (NLAWs). The U.S. Javelin is capable of top-down strikes and has been combated tested.

The weapon uses an explosive shaped charge to create a stream of superplastically deformed molten metal formed from trumpet-shaped metallic liners. It can burn its way through armor. A second warhead then detonates inside the tank.

Britain has also flown in thousands of its own an Anglo-Swedish anti-tank guided missile (ATGM).

Cyber warfare is becoming more and more important. In fact, the British are studying elminating tanks entirely to focus on cyber warfare and other 21st century technologies.

Aircraft and helicopters armed with precision guided munitions would also pose a serious threat to Russian tanks and armor.

Russia has moved helicopters and ground attack fighter jets in to the Ukrainian theater. But the United States and its allies have countered by shipping in shoulder-fired Stinger anti-aircraft missiles to Ukraine.

The Afghan Mujahidin, armed with Stingers, proved especially effective during the Russian invasion of Afghanistan. Some military strategists credit them with turning the tide in that war.

If Russia advances swiftly and the war in Ukraine turns into an insurgency, improvised explosive devices (IEDs), which bedeviled the United States in Iraq and Afghanistan, could also pose a serious threat.

The U.S. Secretary of State, Anthony Blinken, said this evening he expects Russia to invade overnight on Wednesday (Feb. 23). The United Nations called another emergency session of the Security Council.

Ukrainian President Volodymyr Zelensky addressed his nation, saying that he had tried to contact Vladimir Putin to discuss the situation, but Putin refused to take his call.

If Russia does attack, it could be in for a rude shock and a bloody campaign.