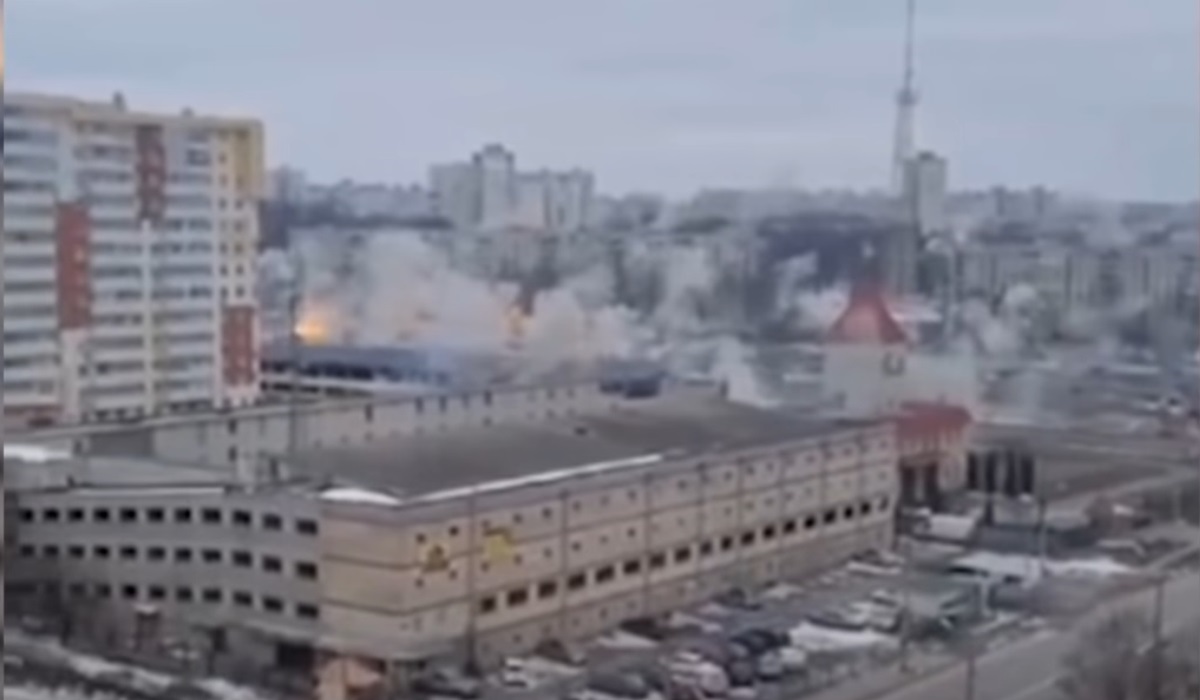 The United Nations must intervene, starting with a no-fly zone and aerial attacks, if Vladimir Putin continues to commit widespread attrocities in a war of terror against Ukrainian civilians.

The UN must demand an immediate ceasefire, or be ready get directly involved in the fighting.

NATO has stayed out of Ukraine based on legalities in its charter, which prohibit NATO countries from coming to the direct defense of non-NATO nations.

Article 51 gives all UN members the right to self-defense on behalf of one, or a so-called “collective self-defense” by the international community.

Despite Putin’s nuclear threats, the world can’t stand by in the face of mass attrocities.

So far, NATO countries, including the United States, Great Britain, Germany, France and elsewhere, have been supplying defensive weapons, food and medical supplies.

The Ukrainian army and its civilian defense forces have mounted stiff resistance to the Russians, stalling or impeding their assault in most of the country, including the capital of Kyiv.

Putin, ensconced outside Moscow, has reportedly growth frustrated with the lack of progress and appears to be steadily ramping up the violence and indiscriminate attacks against the civilian population.

He may be in a race for time against harsh economic and financial sanctions by the West.

The sanctions have isolated the country economically, causing the russian Ruble to lose much of its value, a serious interest rate hike and bank runs.

The Russian central bank raised its key interest rate from 9.5 percent to 20 percent, and the Moscow stock exchange was shuttered today and tomorrow to prevent a steep crash.

The market had already taken a huge hit in anticipation of sanctions.

In addition, billions of dollars in reserves have been frozen which will eventually reduce or eliminate funding for the war effort.

As a result, Putin appears to be ratching up the violence and setting the stage to commit mass attrocities to break the will of the Ukrainian people.

Russian forces are now using cluster munitions against civilian areas that are illegal under a 2008 international treaty known as “The Convention on Cluster Munitions (CCM).”

It prohibits the use or production of the weapons.

In all, 110 countries have signed the treaty, but ironically, neither the United States or Russia are signatories.

The city of Kharkiv, a fierce pocket of resistance, was indiscriminately shelled with the banned cluster bombs yesterday (Feb. 27), according to military sources and videos of the attack.

Ukraine: If Not Here, Where? If Not Now, When? Russia Must End Aggression

The bombs detonate in the air scattering dozens of smaller bombs that explode like hand grenades. They are designed to create indiscriminant mass casualties among civilians, according to media reports.

At least 11 were confirmed dead and dozens wounded, according to reports. The attack could be used as evidence of war crimes.

The London Charter, signed by the United States, Britain, Russia and France, declared that the Nazi high-command could be prosecuted for the crime of aggression, even if they did not directly participate in a war crime.

It paved the way for the Nurembereg trials.

The International Criminal Tribunal for the former Yugoslavia (ICTY), which ran from 1993 until 2017, was the most sweeping war crimes trial in history.

The tribunal provided victims an opportunity to recount the horrors they witnessed and experienced to provide evidence against those bearing the greatest responsibility for atrocities committed during the war.

Radovan Karadžić, the leader (1990–96) of the Serb Democratic Party in Bosnia, was convicted of genocide, murder, rape, and mistreatment of civilians during the civil war that followed Bosnia’s and Herzegovina’s split from Yugoslavia in 1992.

Putin would be subject to similar charges involving any crimes or attrocities committed by his troops in Ukraine, such as attacking civilian targets.

Beside cluster bombs, Putin has also enlisted Chechen troops to fight who are known for the savagery and attrocities.

A column of Chechens, led by notorious warlord Magomed Tushayev, a close advisor of Chechen strongman Ramzan Kadyrov, was intercepted at Hostomel Airport and destroyed.

As the sitaution has grown worse for Russia, Putin has threatened to use nuclear weapons and has put the nation’s nuclear forces on high alert.

A United Nations report into atrocities committed in Syria published last year accused Russia of direct involvement in war crimes and a “systemic failure to take any precautions to spare civilians from harm,” according to The Washington Post.

At some point, NATO and the world can no longer stand on legalities and must take actions to prevent wholesale slaughter in the Ukraine war.