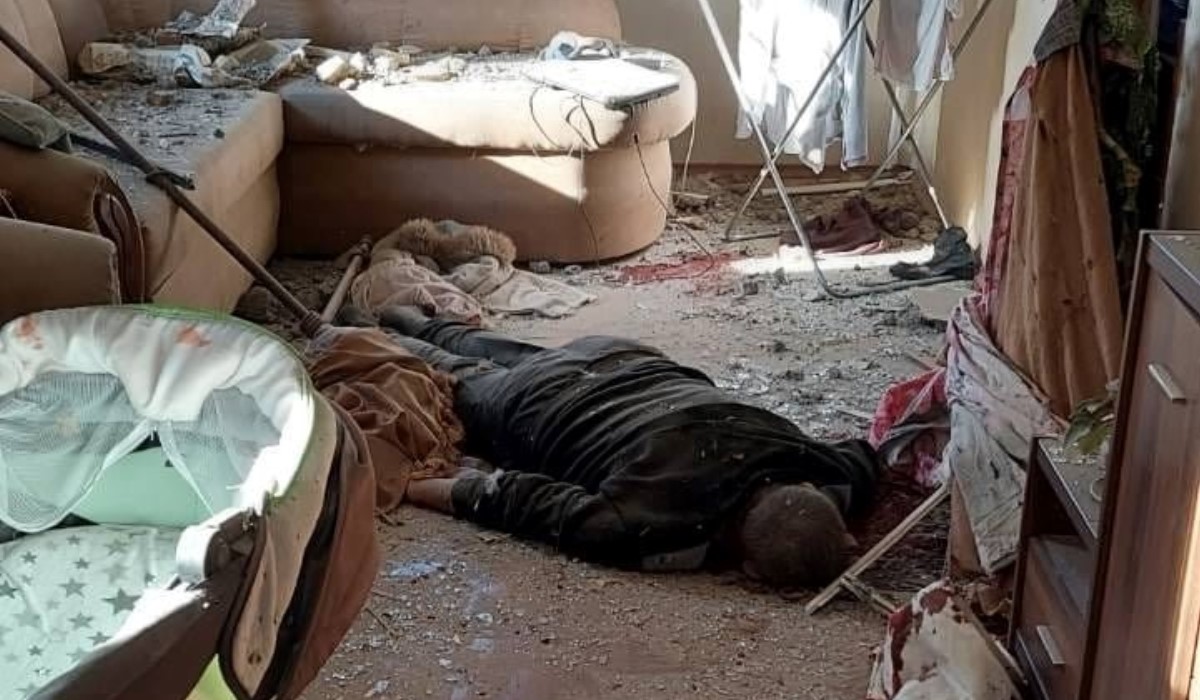 A Ukrainian civilian was killed in his apartment during the Russian bombing o Chernihiv. (Photo: mvs.gov.ua)

Russia’s invasion of Ukraine has bogged down into a brutal war of attrition that could see civilian and military casualties multiply exponentially, unless the United Nations and NATO demand an immediate end to the slaughter.

Russian forces, frustrated by a stiff Ukrainian defense and its own ineptitude, have turned to mass artillery and rocket attacks on population centers on a scale unequaled since World War II.

The attacks have been carried out with a waton disregard for civilian casualties.

The latest attrocity involved a Russian air attack on a maternity hospital in the Ukranian city of Mariupol, injuring at least 17 people, according to press reports. Casualties are expected to be much higher once the rubble is cleared.

“Today Russia committed a huge crime,” Volodymir Nikulin, a top regional police official told reporters. “It is a war crime without any justification.”

As many as 2 million Ukrainian citizens, mostly women and children, have fled the country, the largest human evacuation since World War II.

Amid reports that Russian troops are running low on food, fuel and other supplies, Ukrainian officials have released vidoes of soldiers looting stores and even raiding a chicking coop.

An assault on a Ukrainian nuclear power plant–the largest in the world– escalated the conflict to potentially catastrophic levels with a reckless disregard for the safety of Europe and Russia itself. 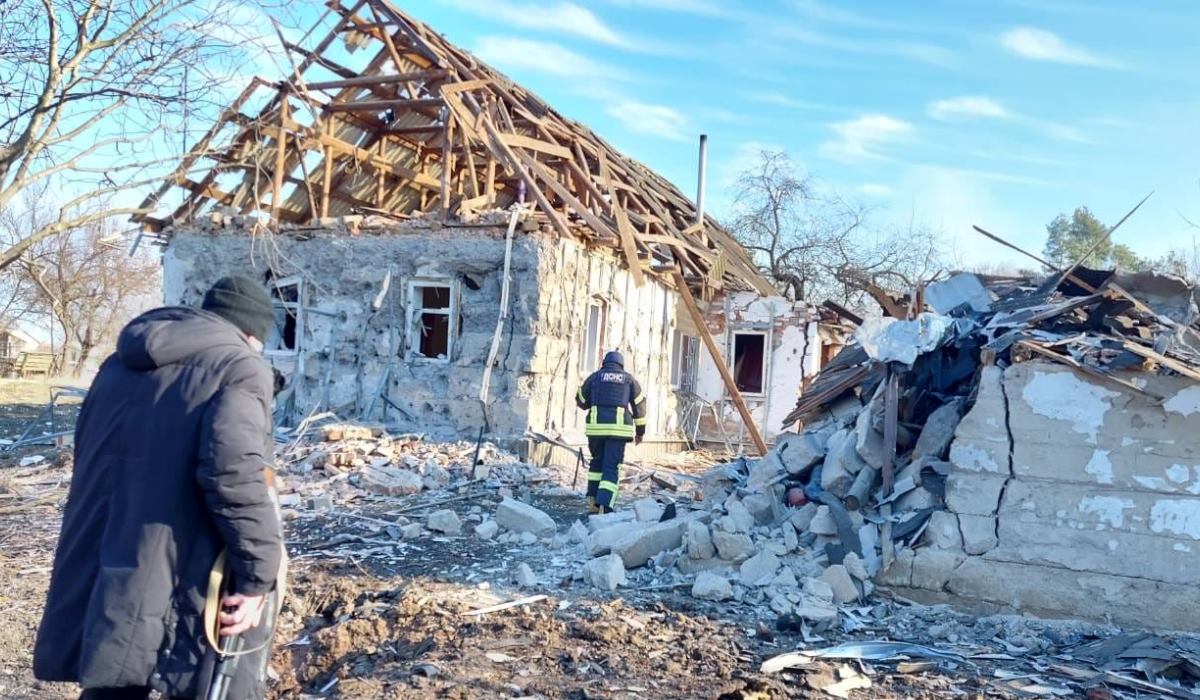 Civilian houses in the Ukriane Chernihiv Oblast have been reduced to ruin by Russian strikes. (Photo: State Emergency Service of Ukraine)

THe battle for the Zaporizhzhia nuclear power plant in southeastern Ukraine could have resulted in a meltdown or the substanial release of radioactive debris.

Fortunately, the reactors were contained and suffered no damage, but workers are reportedly manning the plant at gunpoint.

Russia drew near universal condemnation for the attack, which violates Geneva Convention protocols that prohibit attacking nuclear facilities. Russia is a signatory.

In the latest development, power has been cut to the facility which could cause a radiation leak from cooling pools of spent nuclear fuel. The pools are being maintained with generators, which could run out of fuel in 48 hours.

The United Nations has recorded 752 civilian casualties so far across Ukraine; Some 227 have been killed and 525 injured, including scores of children. 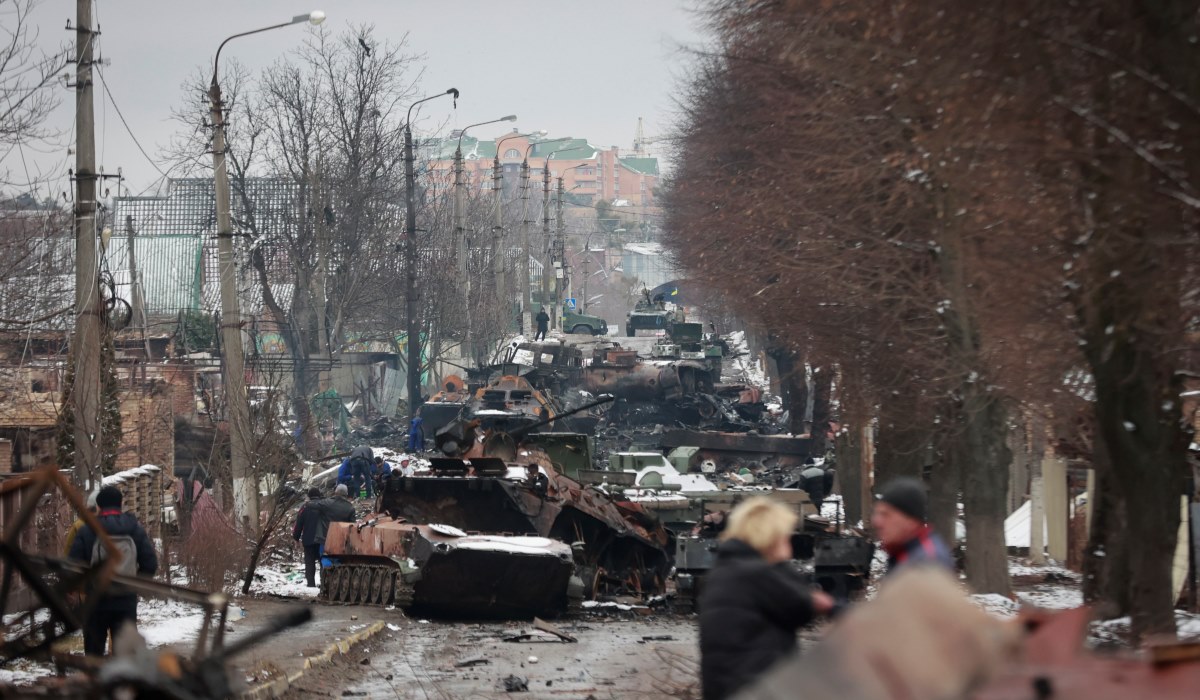 The Russian invasion of Ukraine is turing into a brutal war of attrition. (Photo: Mvs.gov.ua)

But the casualty report always come with a caveat: The actual number is expected to be much higher as Russia carries out relentless artillery and rocket attacks on cities. 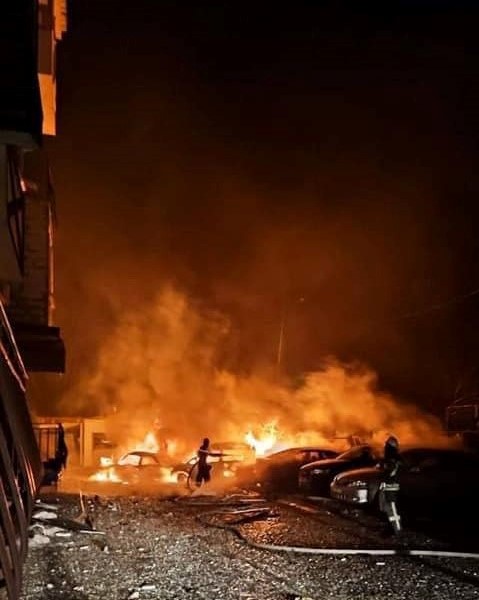 Russia bombards a residential neighborhood on the outskirts of Kharkiv in Eastern Ukraine. (Photo: mvs.gov.ua.)

Ukrainian authorities say 3,000 to 4,000 civilians have been killed or injured since Russia invaded Feb. 24.

Ukrainian officials say more than 12,000 Russian soldiers have been killed and have backed that up with a steady stream of photos and videos on social media sites.

But Russia has also made gains, particularly in the South where at least one medium-size city has fallen and others are threatened by extensive shelling.

Ukraine has not released casualty figures, but U.S. authorities estimate that they are significant, and the biggest battles are yet to come.

Russia claimed it has destroy nearly 1,000 Ukrainian tanks and have all but neutralized its air defenses. 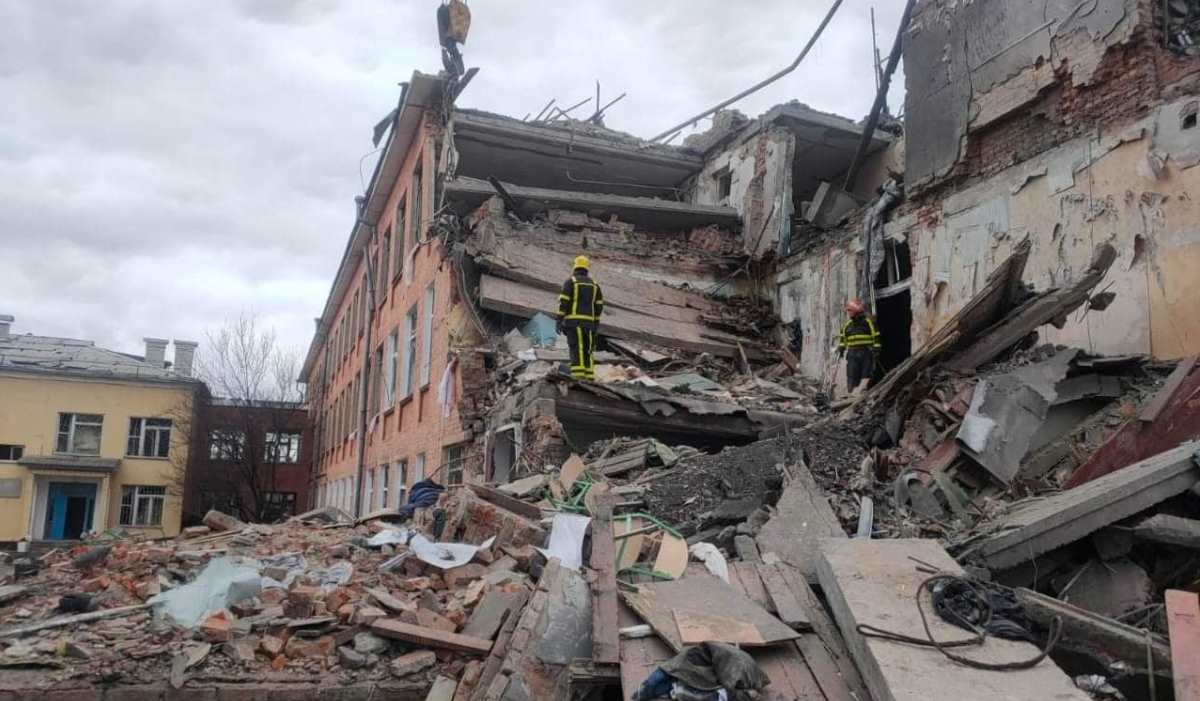 Even so, Russian forces have yet to enter a major city and their gains have been mostly limited to the south.

Kyiv, in the center of the country, Kharkiv in the northeast and Odessa, a vital port city in the south are still in Ukrainian hands.

As the war enters its second week, the fighting is expected to grow even more intense and eventually may come down to street-to-street fighting.

The Ukrainian army, which is outgunned and outmanned, has been scoring gains in small scale clashes, but it has only slowed, not stopped the Russian advance.

If the war continues at its current pace, it could devolve into a World War I style combat where victory is measured in yards and inches.