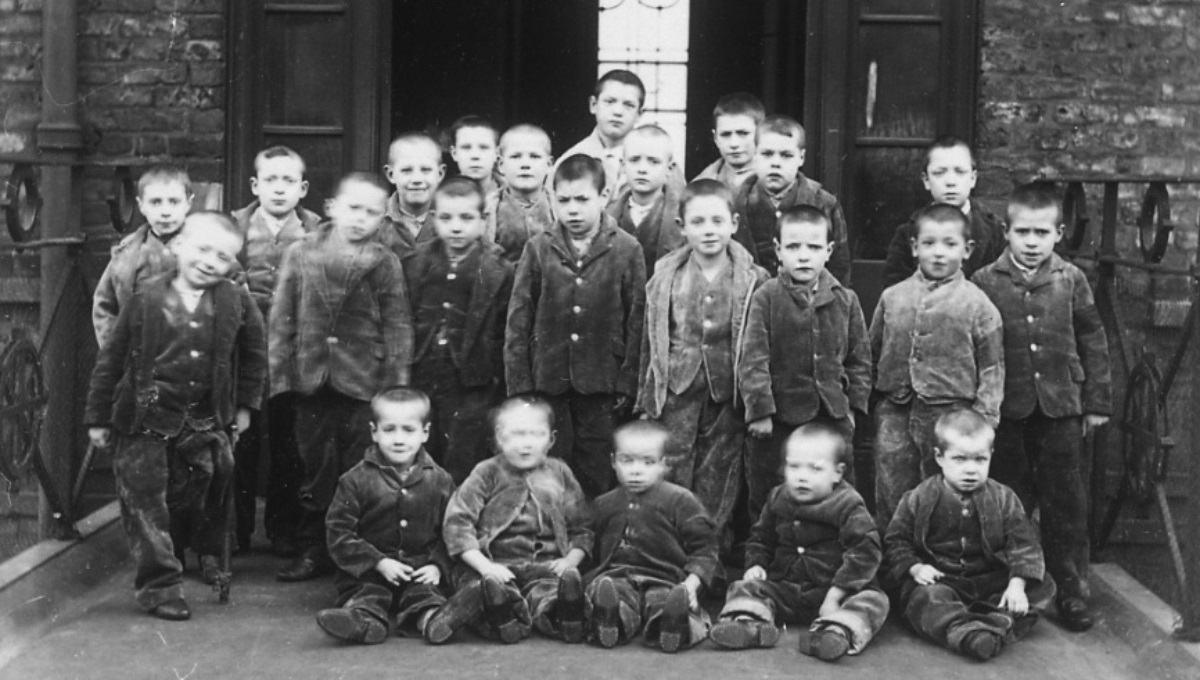 The revival of the draconian days of baby warehouses, orphanages and widespread child abuse may not be far behind.

A number of Republican states from Texas to Florida to Alabama are already sharply restricting and criminalizing abortion services. As many as 28 states may follow suit in some fashion if the Supreme Court goes through with Roe’s repeal.

One of the most significant, and least reported implications of the move is how to care for the explosion of unwanted infants.

They will require intensive care at a high cost that likely will be forced onto taxpayers in the very states that are limiting abortions and planned parenting.

The best way to get a handle on the scope of the problem is to simply go back to the draconian days before 1950, when abortion was widely outlawed. The nation was rocked by orphange scandals.

The most egregious scandal involved the Tennessee Children’s Home Society in Memphis. The orphanage was seemingly a bastion for unwanted children, but for 20 years its director, Georgia Tann, ran a lucrative black market business selling children.

When she couldn’t get enough children through adoption to meet demand, she scoured poor neighborhoods and picked up children on the street. They were sold to wealthy adoptive parents at a steep profit.

By the time authorities shut down the operation, more than 5,000 children had been sold and as many as 500 had died from neglect and abuse.

Of course, many orphanages were well run and provided an alternative to a life on the streets or in abusive households.

But conditions, on the whole, were poor and will likely get worse. Roe’s repeal is setting the country on a track back to that dark past.

The number of unwanted pregnancies in the United States is already reaching epidemic proportions.

In 2019, nearly half (45 percent) of the 3.3 million children born in the United States annually were unwanted or unintended, according to the federal Centers for Disese Control, Pregnancy Risk Assessment Monitoring System or state equivalent agency.

The percentage rises to nearly three-quarters of all pregnancies among women under the age of 30.

The crisis is compounded because the states with the biggest problem are Republican-controlled, mostly in the south–the very ones that are radically restricting abortion, contraceptives and family planning.

In Mississippi, where 64 percent of residents generally oppose abortion–the highest in the nation–the number of unintended pregnancies is also highest, at 62 percent of all pregnancies.

Mississippi also leads in the number of orphans and underpriviledged children.

Clearly, abortion is not the solution to the looming childcare crisis.

More emphasis on family planning and contraceptives could make a significant dent in unplanned pregnancies. Yet, states that are restricting or outlawing abortion are also restricting access to both.

The United States and Saudi Arabia are the only nations out of 100 countries that require a prescription to obtain oral contraceptives, the most popular form of birth control, according to WebMD.

Items like condoms, IUDs and spermacides are available over-the-counter, but are far less effective.

Planned Parenthood, the largest provider of family planning education, warns that lawmakers in at least 24 states are threatening to end access to the organization’s programs.

“This is part of a broader political agenda to ban abortion, and politicians are willing to decimate women’s access to preventive care in the process,” the group says.

In Texas, alone, defunding Planned Parenthood led to a dramatic 27 percent spike in births among women on Medicaid, the federal poverty-level health care insurance, according to a recent study in the New England Journal of Medicine.

The 1950s were sigificant because the decade marked a sea change in foster care philosophy. Large orphanages were phased out in favor of smaller foster-family and group homes.

The idea was to provide children with more home-like living conditions or small group settings where they could receive more individual attention. More emphasis was also placed on preserving families.

But the foster care system, today, is failing thousands of youths in the face of the widely expected surge in Post-Roe unwanted children.

Up-to-date statistics are hard to come by, but at least 22,000 babies are left in hospitals each year by parents unwilling or unable to care for them, according to a 1993 federal study.

A “staggering” 443,000 children are currently in foster care, according to The Dave Thomas Foundation for Adoption. Of those, more than 123,000 are available for adoption with no takers.

Not surprisingly, the problems weighs most heavily on poor, non-Hispanic black women with incomes of less than 200% of the federal poverty level.

Single and cohabiting women have the highest prevalence of unwanted pregnances, at more than four times the rate of married women.

The number of children in foster care has been steadily increasing, according to iFoster, an organization that tracks state agencies.

“Currently, we are at an all time high as the demand for foster parents is far higher than the supply, and factors like parental opioid addiction are forcing more children to be removed from their homes,” according to the organization.

Demand is rising even though 20,000 youths between the ages of 18 and 21 “age out” of the foster care system annually. These children often go on to dead-end lives and welfare.

“Within four years of aging out, 50 percent have no earnings, and those who do make an average annual income of $7,500,” according to the group. “Homelessness and unemployment become a huge issue.”

“Despite more than 34 million entry level jobs nationwide, many foster youth aren’t prepared to be independent and don’t have the skills or resources needed to access the opportunities that could launch them into employment,” it reports.

In Connecticut, 25 percent of former foster children were homeless, 40 percent were on public assistance, half were unemployed and 75 percent of correctional institution inmates were former foster care children, according to FosterFocus, an industry trade magazine.

Today, a third of former foster care children nationwide are in the criminal justice system.

While foster care homes sound like a kinder, gentler solution, in fact, it’s a big business, according to the Center for American Progress.

“It sounds like a conspiracy theory: The United States government incentivizes foster care placements and forced adoption over social support and reunification with birth families. It seems unreal, possibly even illegal, and not at all like something a responsible government would do.

“Unfortunately, it’s very real, and the root cause of many of the problems in child welfare cases,” the group says.

The transition to foster care hasn’t curbed the number of scandals.

A USAToday investigation of Florida’s child welfare system found widespread instances of allged abuse that were ignored by the state.

Calls to state agencies accused foster parents and group home workers of hitting children with hands, belts and household objects; denying them medical care and sending them to school dirty, hungry and dressed in ill-fitting clothes, the newspaper reported.

“They complained of empty pantries and padlocked refrigerators, of children who lived in rodent-ridden homes and ate cereal crawling with ants.

“One caller described a girl’s face and body covered in sores, dripping fluid down her arms that stuck to her clothes. Another caller alleged that a group home staff member gave a gay foster child literature that called for the execution of homosexuals.”

In a separate instance, Texas foster care children were found to be exposed to sexual abuse, given wrong medication and neglected in unlicensed placements, according to a long-running federal lawsuit attempting to curb abuses.

As bad as the system is, it’s likely to get even worse on the expected surge in unwanted births.

An estimated  58% of U.S. women of reproductive age — or 40 million — live in states that are “hostile” to abortion, according to the Guttmacher Institute, which advocates for abortion rights.

If even a fraction of those women have no other choice, except to give birth, foster care will be overwhelmed. Large institutional warehousing of children may be the only short-term solution.

Although orphanages were phased out decades ago, they never really went away, according to The New York Times, which first reported more than a decade ago on a growing movement to return to the use of orphanages.

Now with the rising number of orphans due to the opioid epidemic, the COVID-19 pandemic and other calamities, a push is on to return to the practice.

Some like the Milton Hershey School near Harrisburg, Pa., founded in 1909, still operate and are highly regarded.

But the fear is a rise in for-profit orphanages, the modern-day equivilant of “Oliver Twist.”

There may not be starving waifs, but they are likely to be based on strong discipline, religious indoctrination, hard labor–and a focus on the bottom line.

The rise of fly-by-night, for-profit colleges is an example of how the profit motive quickly skewed the intent of higher education and dashed the hopes of thousands of would-be students.

Critics say a large-scale return to orphanages would be a social disaster, according to The Times.

The push for warehouse style orphanages is likely to follow Republican state efforts to end abortion and restrict contreceptives.

His bill, part of his controversial “Contract With America” called for welfare benefits to be used to set up and operate orphanages.

States woul have been authorized to take away children of unwed teen and welfare mothers and warehouse them in for-profit facilities.

The idea was roundly shouted down then, but may not be now, expecially if Republicans regain control of the House, the Senate, the White House, or all three. Gingrich is still influential in hard-right conservative circles.

With Republican prodding, that could lure private companies into the business of selling institutional care for profit. paving the way for a new round of scandals and more broken children.