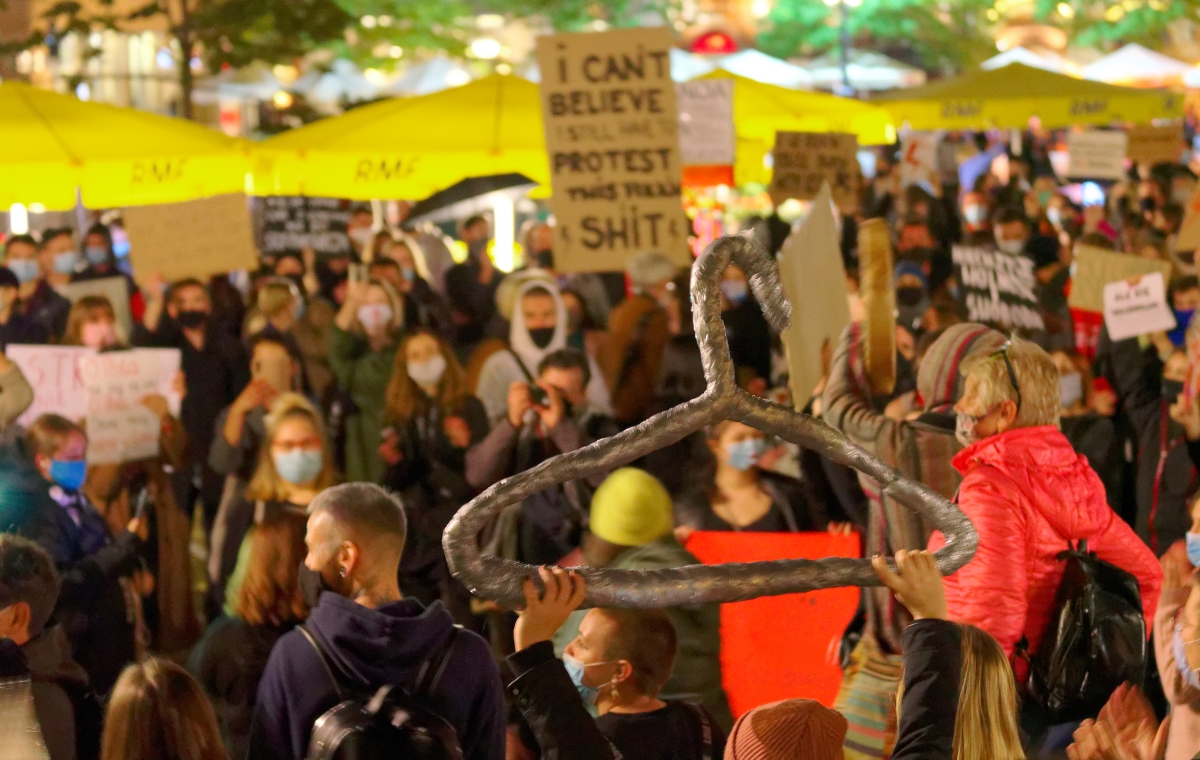 New York is set to become a haven for women in need of abortion services–including those from out-of-state–in the wake of the Supreme Court’s expected repeal of Roe v Wade.

“We know what happens when women are unable to control their own bodies and make their own choices and we will not go back to those dark times,” said James in a statement.

The “Reproductive Freedom and Equity Program” would provide funding for abortion providers and non-profit organizations.

The goal is to increase access to care, provide funding for uncompensated and uninsured abortion care, and increase resources to support the needs of individuals accessing abortion care, according to the Attorney General’s office.

The move is in anticipation that the Supreme Court will overturn Roe v Wade, the historic 1973 court ruling that recognized a constitutional right of women to control their health choices.

The court is also expected to overturn a 1992 decision — Planned Parenthood v. Casey — that invalidated a Pennsylvania law that required spousal awareness prior to obtaining an abortion.

Two dozen Republican-controlled states–from Texas to Florida to Alabama–are already enacting strict limits on abortion that make the procedure virtually impractical, even in cases of rape and incest.

Many of those states have enacted so-called “trigger laws” that will impose restrictions or outright bans if Roe is overturned.

An estimated 40 million women of reproductive age live in those jurisdictions.

New York’s stance puts in on a collision course with a number of states that have impowered even unrelated parties to sue anyone who helps a state resident obtain an abortion.

As states have passed laws restricting access to abortion, the number of people traveling to New York for care has already grown, according to the AG’s office.

Nine percent or 7,000 of the abortion procedures performed in New York were for people from out of state in 2019, according to the most recent figures available from the Centers for Disease Control (CDC).

The state is projecting a leap to more than 32,000 procedures a year if Roe is invalidated, according to the Guttmacher Institute, a non-profit group that monitors the issue.

To protect the privacy of individuals seeking care, the legislation prohibits the state from tracking the personal information of patients through the providers that receive funds from the program.

“Health care is a fundamental human right and abortion is an essential aspect of women’s health care,” said Cleare in the statement.

Words on Paper Are All That Protect Our Democracy; It’s Time to Take a Stand

The Supreme Court touched off an uproar when a draft opinion overturning the law surfaced in Politico, a politics and goverment website.

One-term President Donald Trump appointed Gorsuch, Barrett and Kavanaugh after promising during his campaign to appoint justices who would overturn Roe.

During confirmation hearings, Barrett and Kavanaugh promised to respect court precedent. Beside being more than 50 years old, the landmark decision has been upheld in numerous Supreme Court decisions since then.

But Alito saw it differently.

“Roe was egregiously wrong from the start. Its reasoning was exceptionally weak, and the decision has had damaging consequences. And far from bringing about a national settlement of the abortion issue, Roe and Casey have enflamed debate and deepened division,” he wrote.

Legal experts have broadly attacked the legal reasoning since the opinion surfaced. The court is actively investigating the leak.

Mmeanwhile, protests have erupted across the country. According to most polls, 62 percent of the nation favors a womens’ right to choose her own health services.