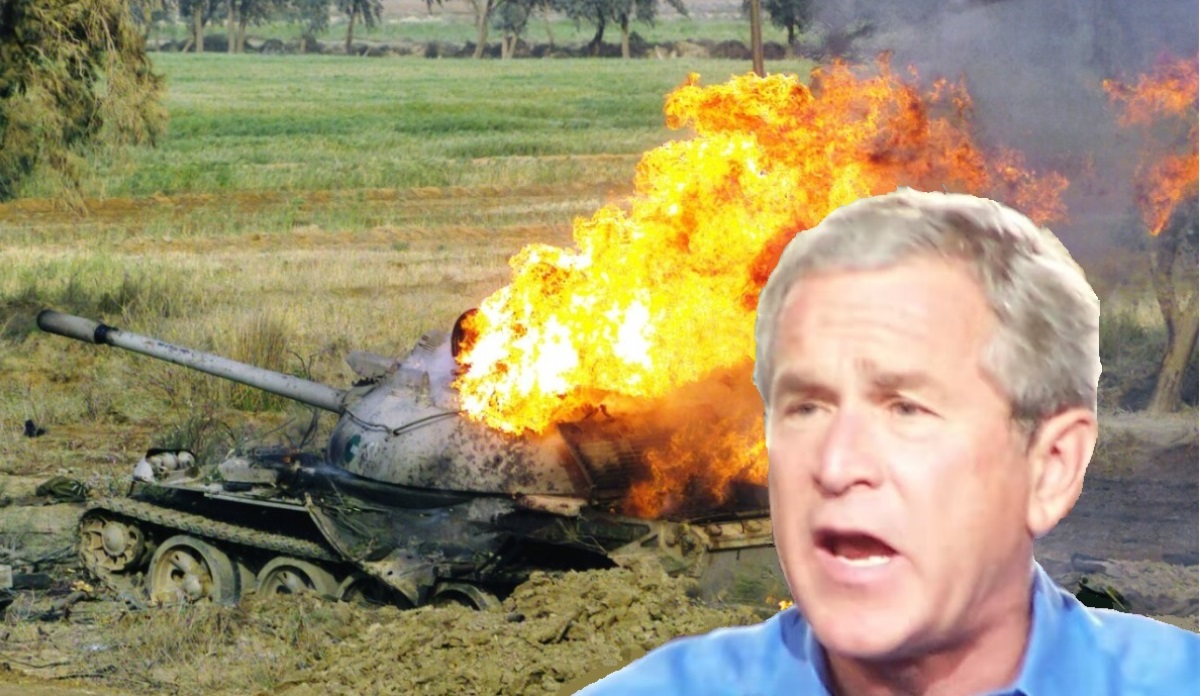 Then-President George W. Bush launched the invasion of Iraq in 2003. It was the first time the United States had ever attacked another country without provocation.

Later investigations would show the invasion was based on fabricated evidence that Iraqi leader Saddam Hussein possessed weapons of mass destruction (WMD) and was harboring elements of al-Queda.

The book has drawn widespread praise for its uncanny accuracy (especially in light of the January 6 hearings currently in Washington).

And, it is being considered for a mini-series treatment a la the recent Hulu presentation “Gaslight,” a new take on the Watergate scandal through the eyes of Martha Mitchell, the wife of then-Attorney General John Mitchell.

Jastrow’s book theorizes what would happen if Bush had been arrested and tried for war crimes and crimes against humanity. 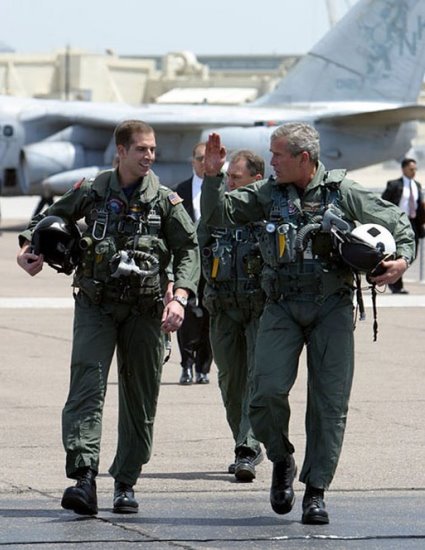 An estimated 151,000 to 1 million Iraqis died in the first three to five years of the Iraqi conflict, in addition to the displacement of more than 3.3 million civilians.

The U.S. led coalition– the United Kingdom,  Poland,  Australia and other  countries– suffered 4,799 military deaths. Of that, 3,777 were killed in combat.

He went on to serve as a Producer and/or Director at ABC Sports for 24 years, working with the legendary Roone Arledge.

We spoke to Jastrow in Los Angeles about the insights he uncovered.

Terry Jastrow: I wrote “The Trial of George W. Bush” because I hate war and love peace. I was a teenager during the Vietnam War (where some of my best friends died) and figured that one terrible, costly and unnecessary war was enough for one generation.

America surely didn’t need George W. Bush’s war with Iraq, which only made matters in the Middle East worse. Who among us thinks George Bush’s war with Iraq may have provided the impetus for Vladimir Putin’s war with Ukraine? And if it did, what are our prospects for the future?

NYI: For our audience, tell us about the premise of your novel.

Jastrow: Two concepts, one looking back and one looking forward: Should a President of the United States be able to wage an illegal war against another country with impunity? And, if so, aren’t we only guaranteeing more wars in the future?

NYI: What real-life connection do you have with President George W. Bush?

Jastrow: George and I both grew up in the “boom or bust” oil town of Midland, Texas, where we played Little League baseball against each other. George was on the Cubs, and I was on the Braves. I’m too modest to say whose team won, but George’s lost. 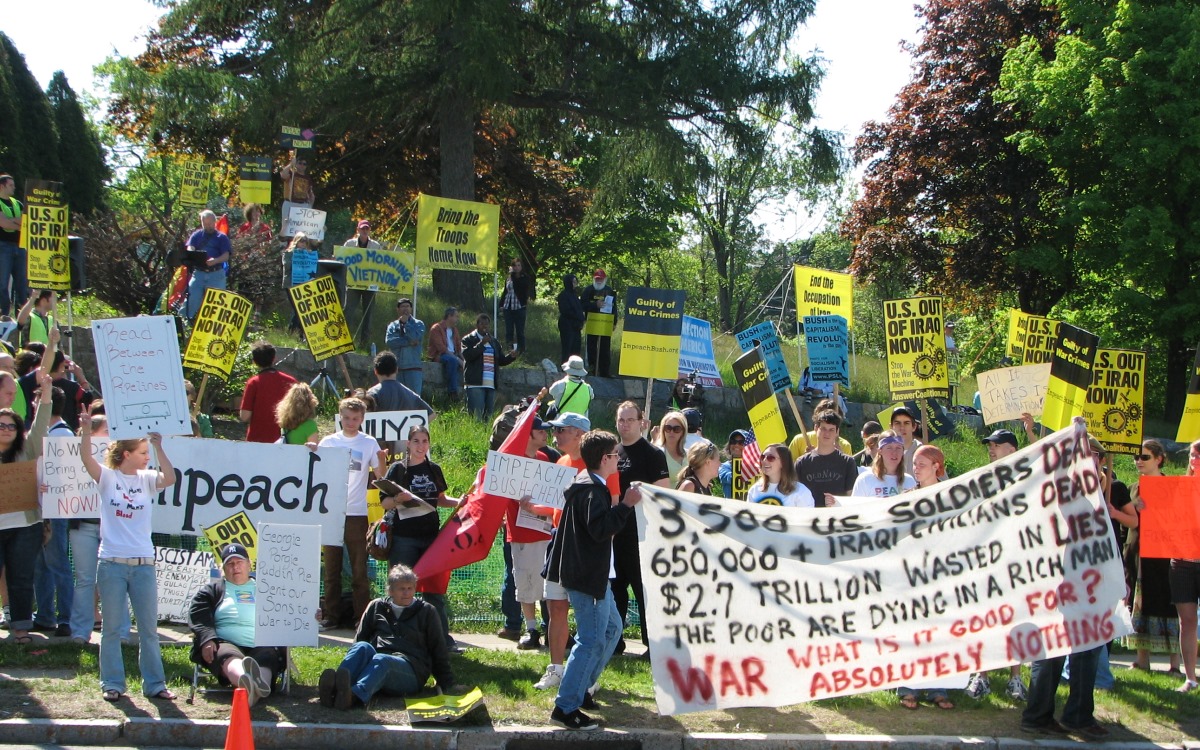 NYI: We live now in a post-Trump-presidency America. Folks out there may think that a novel about the George W. Bush’s presidency may be out of step with the current political moment. What would you tell those people about why your book is an important one to read and think about nowadays?

Jastrow: Most people are aware of the damage caused by the Iraq War: Millions of people wounded or killed, trillions of dollars spent, and America’s reputation and standing in the world tarnished. To paraphrase an old saying, if we don’t remember our mistakes of the past, we are liable to repeat them in the future.

NYI: You have been a celebrated producer, director, occasional actor, screenwriter and playwright. What did you find was different for you in the process of writing a novel?

Jastrow: While producing, directing, acting, and writing screenplays, stage plays and novels are all different animals for sure, the fundamental rules of good story telling apply to each of them. The key components are a good story, well told.

NYI: You happen to be married to the wonderful Oscar-nominated actress, Anne Archer. How long have you been together, and what does she think of your work as a novelist? 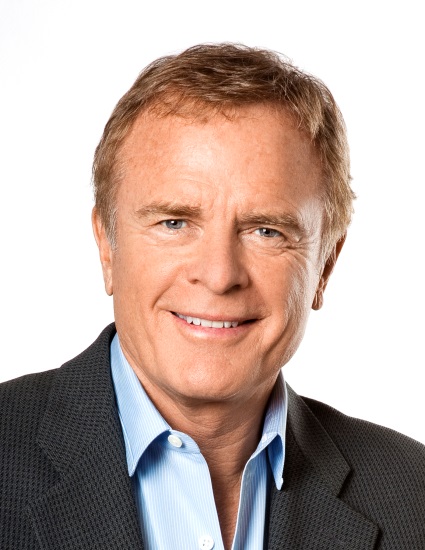 Jastrow: Anne and I have been together for forty-three years and counting. Honestly, as we’re both busy doing our own thing, when we’re together we usually talk about things other than our work. When it comes to my novel, Anne is just as staunchly anti-war as I am. Because of that, she believes in what I wrote and supports it wholeheartedly.

NYI: Do you believe President Bush may ultimately be tried by an international tribunal for war crimes; and if so, what do you think would be some of the more immediate developments or ramifications as a result of the trial across the world?

Jastrow: No one knows for sure whether Bush will stand trial for crimes committed during the Iraq War, but here are a few facts of note: George just celebrated his 76th birthday (July 6), and as there is no statute of limitations for war crimes. He is subject to arrest and trial at the International Criminal Court (ICC) until the day he dies. 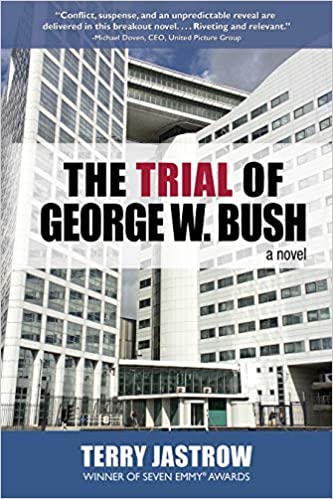 The Trial of George Bush. Buy it now on Amazon.com (Click Photo!)

NYI: Are you working on anything else right now? And where can folks go to buy your book?

Jastrow: “The Trial of George W. Bush” can be purchased on Amazon.com, my publisher’s website www.squareonepublishers.com, through Barnes & Noble, and wherever else books are sold.

Of note, the audiobook can also be purchased on Amazon.

Additionally, I just finished my second novel, “When The Status Quo Had to Go,” which is about baby boomers coming of age in 1969, the most transitional and turbulent year in American history, and it should be available later this year.

All photos are licensed under the Creative Commons Attribution-Share Alike 3.0 Unported license.