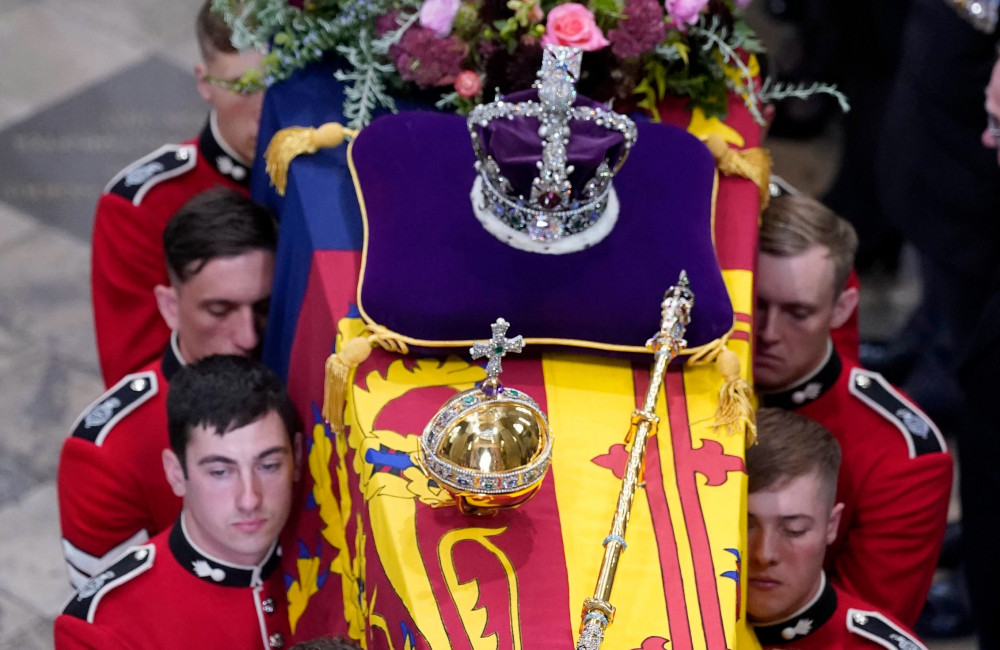 Queen Elizabeth’s coffin has been interred at St George’s Chapel.

The monarch was lowered into the Royal Vault in the chapel on the Windsor Estate, where it will remain until 7.30 pm on Monday (19.09.22), when a private burial will take place.

During the committal service, the Dean of Windsor received the Instruments of State – the Imperial State Crown, the Orb and the Sceptre which had been placed on top of the coffin – from the Queen’s Bargemaster and a Serjeant of Arms.

At the end of the service’s final hymn, ‘Christ Is Made The Sure Foundation’, King Charles stepped forward to place The Queen’s Company Camp Colour of the Grenadier Guards on top of his mother’s coffin and the Lord Chamberlain broke his wand of office and placed it on top.

He said: “Like as a father pitieth his own children: even so is the Lord merciful unto them that fear him. For he knoweth whereof we are made: he remembereth that we are but dust.

The days of man are but as grass: for he flourisheth as a flower of the field. For as soon as the wind goeth over it, it is gone: and the place thereof shall know it no more. But the merciful goodness of the Lord endureth for ever and ever upon them that fear him: and his righteousness upon children’s children.

“In communion with the blessèd saints, and aided by Angels and Archangels, and all the armies of the heavenly host, may thy portion this day be in peace, and thy dwelling in the heavenly Jerusalem. Amen.”

The Garter King of Arms then proclaimed the styles and titles of the queen as her coffin was lowered.

He said: “Thus it hath pleased Almighty God to take out of this transitory life unto His Divine Mercy the late Most High, Most Mighty, and Most Excellent Monarch, Elizabeth the Second, by the Grace of God of the United Kingdom of Great Britain and Northern Ireland and of Her other Realms and Territories Queen, Head of the Commonwealth, Defender of the Faith, and Sovereign of the Most Noble Order of the Garter.”

The Queen’s Piper then played a lament and the service ended with a blessing from the Archbishop of Canterbury before the National Anthem was played.

He said: “Go forth into the world in peace; Be of good courage, hold fast that which is good, render to no one evil for evil; strengthen the fainthearted, support the weak, help the afflicted, honour all people, love and serve the Lord, rejoicing in the power of the Holy Spirit; And the blessing of God Almighty, the Father, the Son, and the Holy Spirit be among you and remain with you always. Amen.”