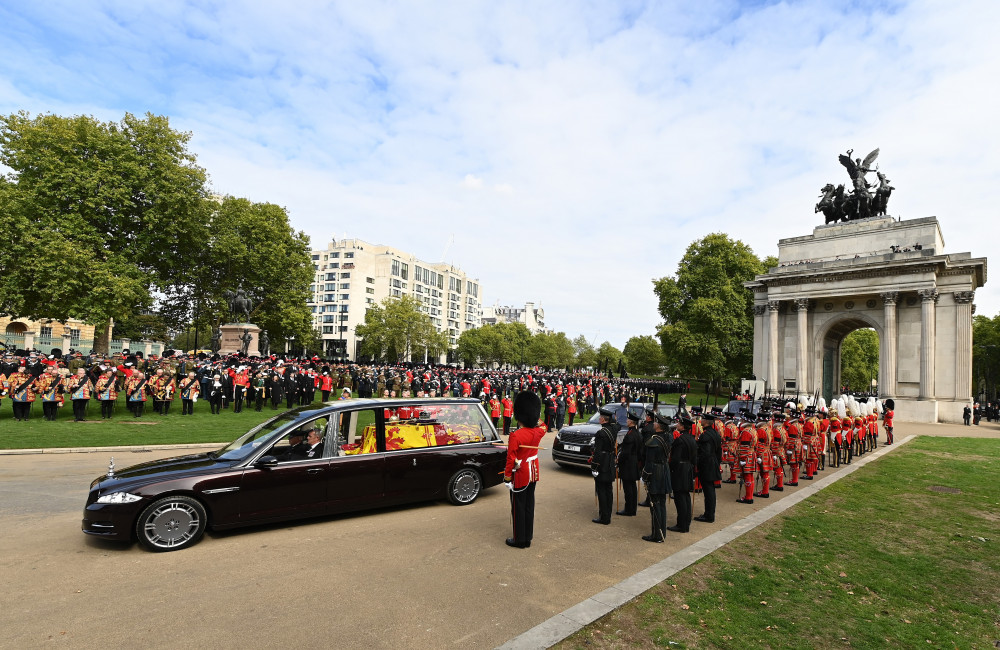 Queen Elizabeth’s procession through Windsor ended at St George’s Chapel where her committal service is to get underway.

The late monarch’s coffin was driven from London to Windsor after her state funeral and a procession took her down the Long Walk and through Cambridge Gate to her beloved home at Windsor Castle and to the chapel where she will be laid to rest alongside her late husband the Duke of Edinburgh later on Monday (19.09.22) evening.

The Queen’s beloved corgis were on the steps of Windsor castle ahead of the coffin’s arrival while Emma – the late monarch’s favourite horse – was also seen waiting for the hearse to pass.

The hearse was met by King Charles and his siblings as well as William, Prince of Wales and the Duke of Sussex who followed the car while members of staff who served the Queen at Windsor stood nearby and bowed their heads as the coffin passed.

The hearse passed through the Norman Gate and pipers played ‘Flowers of the Forest’ before the procession came to a stop inside the Horseshoe Cloister. The coffin was removed and pallbearers carried it up the steps into St George’s chapel with the royal family party standing to one side before following it inside.

The hearse was covered in flowers thrown by well-wishers who had lined the route from London to Windsor with gun fire being heard every minute, followed five seconds later by the chiming of the Sebastopol Bell.

The Royal Standard was previously raised above Windsor Castle, indicating that King Charles had arrived ahead of the service.

At around 2.30pm, members of the public were asked not to try and get to the Long Walk as it had reached capacity.

A message posted on the Royal Borough of Windsor’s Twitter account read: “Windsor is very busy and The Long Walk is now closed as it would not be safe to allow access to any more visitors. If you are just arriving now, you will be re-directed to Home Park Public viewing screen.”