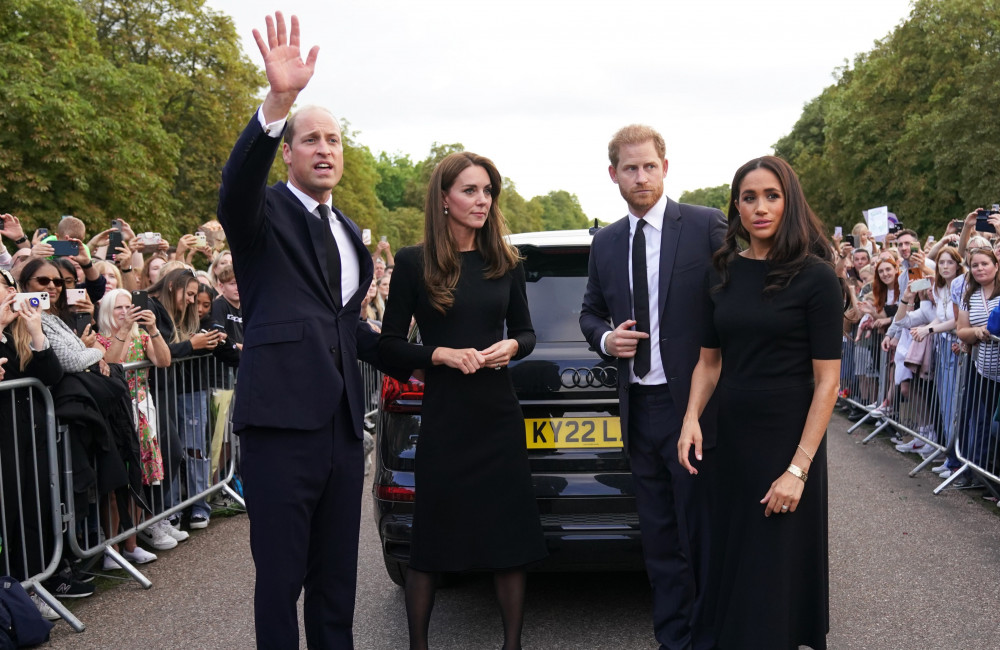 Princes William and Harry reunited on Saturday (09.10.22) to greet members of the public outside Windsor Castle.

The new Prince of Wales was joined by his wife Catherine, Princess of Wales, while Harry was accompanied by the Duchess of Sussex, as the royals met members of the public outside the castle following the death of Queen Elizabeth on Thursday (09.08.22).

The two brothers and their wives spent some time looking at the flowers and other tokens of respect left by the public at the royal residence.

They subsequently shook hands with well-wishers and received bouquets of flowers from them.

A royal source told PEOPLE that William considered the walkabout to be “an important show of unity at an incredibly difficult time for the family”.

William previously paid a heartfelt tribute to the queen, who died aged 96.

The prince – who has Prince George, nine, Princess Charlotte, seven, and Prince Louis, four, with the Princess of Wales – also admitted he was still trying to come to terms with the loss of his grandmother.

He said in a statement: “On Thursday, the world lost an extraordinary leader, whose commitment to the country, the Realms and the Commonwealth was absolute. So much will be said in the days ahead about the meaning of her historic reign.

“I, however, have lost a grandmother. And while I will grieve her loss, I also feel incredibly grateful. I have had the benefit of The Queen’s wisdom and reassurance into my fifth decade. My wife has had twenty years of her guidance and support. My three children have got to spend holidays with her and create memories that will last their whole lives.

“She was by my side at my happiest moments. And she was by my side during the saddest days of my life. I knew this day would come, but it will be some time before the reality of life without Grannie will truly feel real.”