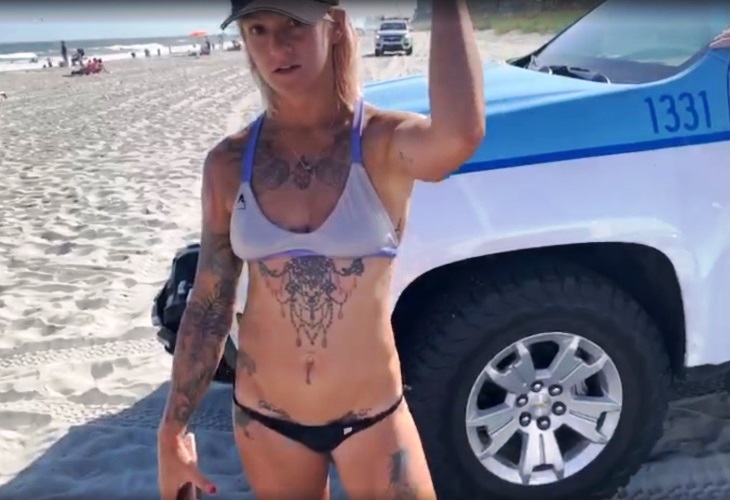 Sam Panda, admittedly wore a skimpy bikini to a South Carolina beach, but was she actually nude? Local Myrtle Beach police seemed to think so and slapped her into cuffs. Then, the craziness began.

The entire incident was caught on video and landed on Panda’s Facebook page, where it immediately went viral. It has close to 500,000 views (See below) 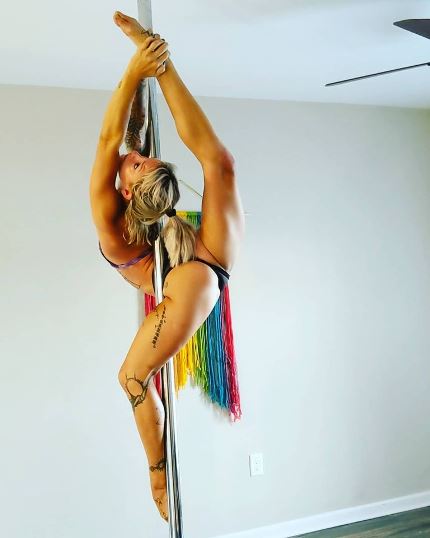 Panda is a well-known local acrobat and aerial performer. She was showing off some moves on the beach when another bather apparently complained about her, ahem, exposure.

Two police officers arrived on the scene and proceeded to put Panda in cuffs for violating the town’s ban on beach nudity.

“I’m not nude,” Panda insisted in the video.

“You’re in a thong,” one of the officers explains.

“You put me in handcuffs for being in a thong?” Panda replied incredulously.

What followed was a debate over exactly what constitutes “nudity” under the local law.

Panda and two friends, one of whom is filming, ask the police to show them the statute that put her bikini out of bounds.

According to the law, “[It] shall be unlawful for anybody to be in the nude on any public beach, beach access, public waters or any public property in view of the public,” one officer reads from a notebook folder.

That touched off the debate. The officer said “nudity” was defined as the exposure of the “anus” or “vagina.”

While Panda’s bikini bottom was skimpy, it appears from the video both were covered, if barely.

“I wear this bikini to the beach every single day,” Panda protested.

The Myrtle Beach Police Department told TMZ that they were simply responding to a complaint of two women “who were wearing thong bikinis and a see-through top that were dancing and soliciting videos on the beach.”

No other women were detained.

Panda and her friends were released without charge and she continued to wear the bikini.