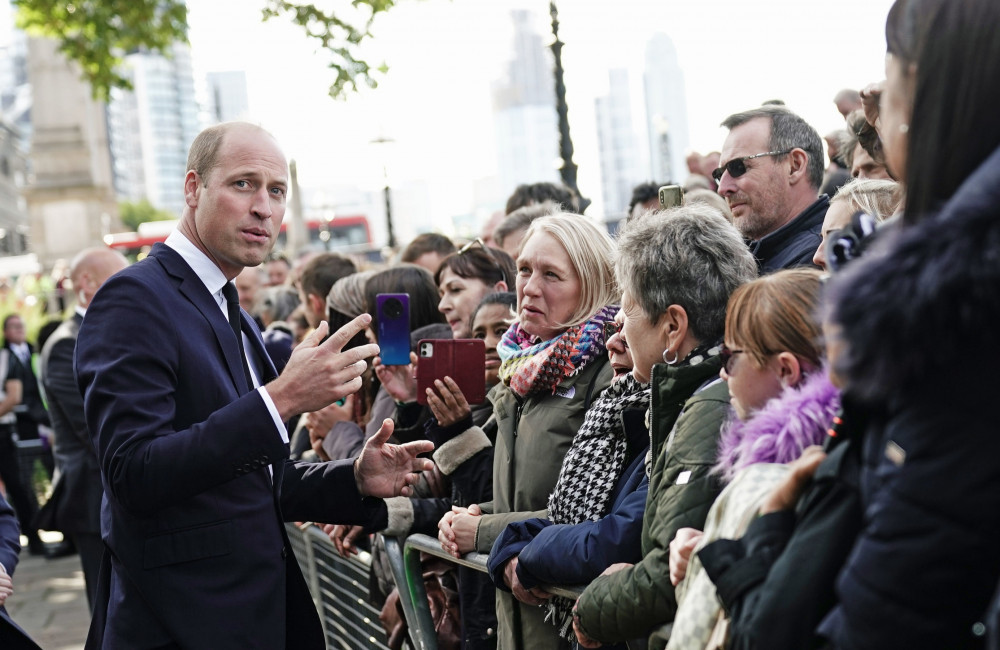 Prince William said his grandmother The Queen would never have “believed” the masses of mourners lining the streets of London for hours and hours to pay their respects to the late monarch.

The Prince of Wales and King Charles surprised queuers at Lambeth Bridge, south London, on Saturday (17.09.22), by greeting them as they waited in line for their chance to spend a split second with the late queen’s coffin lying in state at Westminster Hall.

And he told one group they were doing an “amazing job” in honouring Britain’s longest-serving sovereign, who passed away aged 96 on September 8.

The emotional prince said: “She would never have believed all this.

“It means an awful lot that you’re here, it really does.

William and his father were met with huge cheers and many shouted “God Save the King”, “God Save the Prince of Wales” and “we love you, William”.

The 40-year-old royal joked at one point that his 73-year-old father was racing along the metal barriers between the royals and the public, while he held back and spoke with them.

He smiled: “My father’s way quicker than me.”

In the evening, William led his brother, Prince Harry, and their cousins in a historical vigil around the queen’s coffin.

Peter Phillips, Zara Tindall, the Prince of Wales, the Duke of Sussex, Princess Beatrice, Princess Eugenie, Lady Louise Windsor and Viscount Severn surrounded all took part in what marked the first vigil by grandchildren of a late sovereign.

After proceeding towards the coffin by the prompts of the knocks of a guard’s sword, they each took their place with heads bowed for the 15-minute silence out of respect for the queen.

William stood at the head of the coffin and his brother at the foot. Both wore military uniforms at the request of the king – with the latter wearing his for the first time in two years.

Near to William were Zara and Peter, the children of Anne, Princess Royal and Mark Phillips.

Harry, meanwhile, stood close to Beatrice and Eugenie, and Louise and Severn, the Earl and Countess of Wessex’s children, stood halfway along the coffin.

It came 24 hours after the grandchildren’s parents held their own vigil.